Los Angeles: Elon Musk's vision for a tunnel network that could whisk people across Los Angeles County in minutes hints at a future where commuting in Southern California could be easier, or even seamless.

His company's efforts to fast-track construction for a tunnel where that technology could be tested has been relatively seamless, too – so far.

On Wednesday, the Los Angeles City Council's public works committee unanimously approved an environmental review exemption for a tunnel that could run 4.3 kms through West Los Angeles, providing a space for engineers from Musk's The Boring Company to hone digging techniques and test their proposed transport technology. 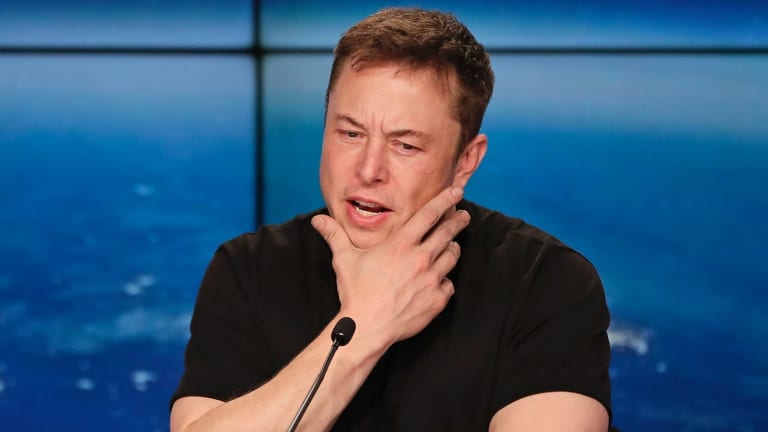 Elon Musk wants to transport people under Los Angeles at speeds of up to 210 km/hr.

"This feels rushed. If the city doesn't grant an exception today, there's nothing stopping them from granting it three months from now, once they have more information," Marlon Boarnet, the chair of the University of Southern California urban planning department, said. "Rescinding something is much more difficult."

One concern, he said, is whether the test tunnel – and the eventual transportation network that Musk envisions across the county – could interfere with the Metropolitan Transportation Authority's plans to build a subway through the Sepulveda Pass.

In a letter sent on Tuesday to Musk, Metro Chief Executive Phil Washington said state law gives the agency the authority to approve "all plans proposed for the design, construction, and implementation of public mass transit systems".

To address those concerns, the public works committee recommended that The Boring Company seek approval from Metro before digging can start. 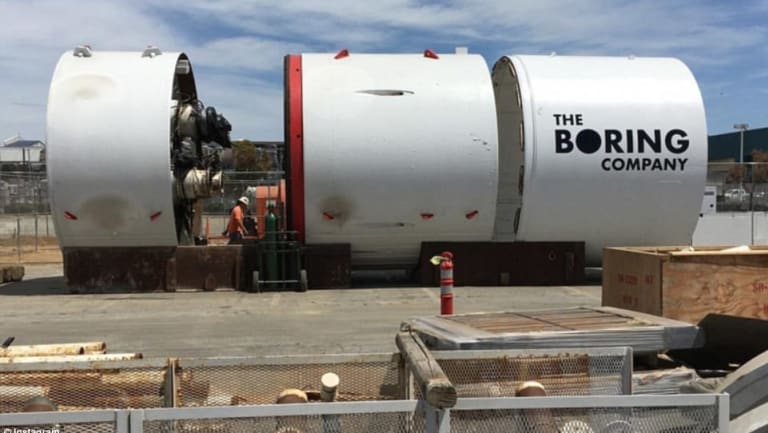 A Boring Company spokesman, who declined to be named, said the company believes the exemption is appropriate and that the tunnel will be used only for testing.

But there is a chance the route could someday carry passengers, if the company secures the proper permits, deputy city engineer Ted Allen said.

The Boring Company said workers would complete an environmental impact report and secure all necessary permits before any passenger service could begin.

"There's pushback on just about every project, regardless of its validity," Koretz said. "I think they've taken enough steps and analysis to at least allow them to get into the earth from private property, and to begin digging."

At Wednesday's meeting at City Hall, Allen told City Council members that a 1,561-page memorandum prepared by a consultant for The Boring Compacy found no foreseeable significant impacts from tunneling.

The tunnel's proposed route runs parallel to Sepulveda Boulevard, starting at Pico Boulevard in the city of Los Angeles and running as far south as Washington Boulevard in Culver City. The only entrance to the tunnel would be located in what is currently a lumber yard and welding area, the company said.

The tunnel would be 10 to 20 metres below ground, and would not have any stations along the way, which would help avoid major utility lines and other underground hazards that can slow or complicate construction, the company said.

The exemption The Boring Company is pursuing, called a class 32 categorical exemption, allows developments to skip an environmental impact report if they can be built on less than five acres of land, using existing zoning laws, public services and utility lines.

A tunnel diameter of 3.6 metres, about half as wide as the typical Metro subway tunnel, would bring the project's total area just under the CEQA exemption size limit.

"The project almost seems tailor-made to shoehorn in," said Juan Matute, a UCLA lecturer in urban planning. "I never in my wildest dreams expected that anyone would propose to use this exemption for this project."

At Wednesday's committee meeting, Metro rider Robert Rieth, 58, of Sherman Oaks described the CEQA exemption as a "speed-to-market subsidy" that could give an unfair advantage to the private sector, disadvantaging Metro.

"The last great public good, the ground beneath our feet, needs to be more responsibly managed than this giveaway," Rieth said.

The technology the Boring Company is pursuing would be zero-emission, and could carry passengers through a network of tunnels at speeds of up to 210 km/hr.

A video released by the firm last year shows a driver steering onto a car-sized platform on the street, parallel to the curb. The platform sinks downward like an elevator, then whisks laterally through the tunnel. Pedestrians and cyclists could use the system by boarding a capsule that could carry eight to 16 people.

Last month, the city's Board of Building and Safety Commissioners approved the company's application to truck away 80,000 cubic yards of dirt from the excavation site, which could create up to 66 daily truck trips.

Daredevil dog climbs metal gate before squeezing between the bars

Donald Trump’s Ban on TikTok: What You Need to Know About the Controversy