What do you do when you're the world's largest online social media service connecting billions of people, you're in the middle of a privacy scandal, and looking to rebuild trust with your users?

Announce that you're going to launch a dating service that collects some of the most sensitive and private information about an individual? If you're Facebook, apparently so. 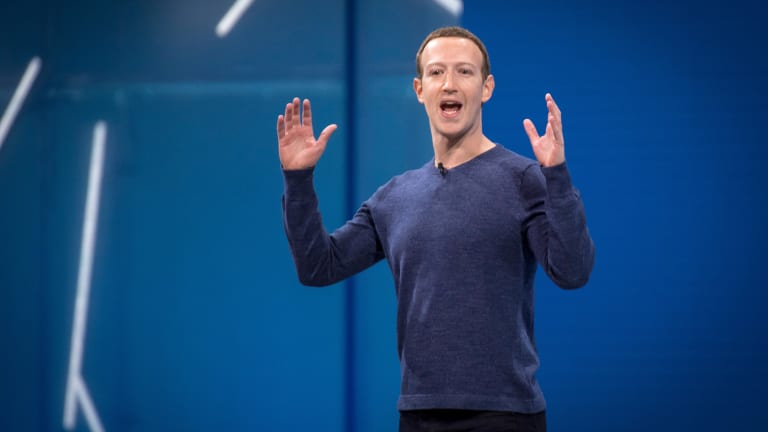 Facebook founder Mark Zuckerberg at F8, where he announced the dating service.

The social media giant says the service won't just be for hook-ups, and it won't connect us with people we are already friends with. You'll also have the option to "unlock" individual events or groups you're a member of to see potential matches. The more active you are in the communities around you, "the more opportunities you'll have to meet awesome people".

If anything, the service could encourage the single among us to get out more (and get off Facebook), especially if we earmark our intention to go to an event and someone we match with is also going. No longer would we bail on those events if our friends weren't going. This type of event-based matching could also conquer the time-old issue of matching with someone on rival service Tinder but never organising a date. If the date was the event, there'd be no messing around.

Facebook events feature is one of the only things keeping many people on the platform, and if Facebook can turn it into a service to bring single people together, it may bring back those who have abandoned it for other platforms such as Instagram, Snapchat and Twitter.

However, the announcement ironically comes after the company announced that it had fired a security engineer who bragged to a woman he met on Tinder about his access to private user information. A Twitter user who reported the incident to Facebook on behalf of another woman said the engineer was "likely using privileged access to stalk women online".

For a long time, Facebook's motto has been 'move fast and break things'.

It also comes as details emerge of a small group of Facebook employees having permission to "access users' profiles without the users finding out", according to the Wall Street Journal.

Despite this, Facebook employees themselves are notified if other employees within the company access one another's profiles in what's dubbed a "Sauron alert", which the Journal describes as a reference to the all-seeing eye in The Lord of the Rings trilogy.

What's good for the goose doesn't necessarily seem good enough for the gander.

Not a good look for a company looking to rebuild trust.

For a long time, Facebook's motto has been "move fast and break things". And while this has helped propel the company to where it is today, it's also seen it suffer the occasional setback, as witnessed by the Cambridge Analytica scandal that saw Facebook chief executive Mark Zuckerberg recently testify before US Congress.

And Zuckerberg shows no signs of slowing down.

"There's no guarantee that we get this right, this is hard stuff," said Zuckerberg earlier last week at his company's software developer conference, where he announced that Facebook would soon be launching the dating service. "We will make mistakes, and they will have consequences, and we will have to fix them. But what I can guarantee is that if we don't work on this, the world isn't moving in this direction by itself. That is what we are all here to do."

In a straw poll, just 12 per cent of almost 60 of my Twitter followers said they would use Facebook's dating service.

Do we trust Facebook with our most intimate details?

What makes rival Tinder different is that it has a business model which sees it paid by some members to see who exactly swiped right on their profile without swiping right back. This saw it become No. 1 in Apple’s App Store’s top grossing category.

On the other hand, Facebook touts that it always wants to remain free, meaning it'll open up its product for advertisers and developers to make money out of your data. As has been witnessed time and time again, this is what often leads to privacy flaps.

Despite everything, there were more than 2.2 billion monthly active Facebook users for Q1 2018. Meanwhile, it continues to add some half a million users a day to its platform.

Given this, one thing is for sure: its latest move into dating will hurts its competitors.

Remember when Facebook tried to buy Snapchat for a cool $US3 billion? Snap rejected the offer, so Facebook just bought its nearest rival Instagram and copied a bunch of the photo filters that made Snapchat popular.

Shares of both Match Group Inc and InterActiveCorp, owners of Tinder, slid on news of Facebook's foray into dating since the announcement earlier last week, and have stayed down.

Quantum computing will change the digital world beyond recognition

Spotify just launched a brand-new way to listen, but UK subscribers miss out

Prime Minister John Elliott? He’d have ‘blown up the country’

John C. Reilly on wearing a fat suit: ‘Nobody knew me’