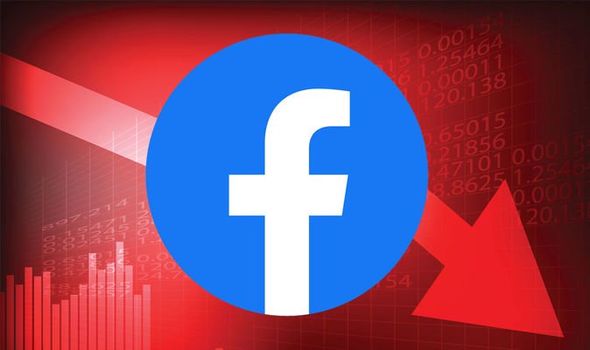 Facebook down reports are on the rise, with widespread issues reported with the social networking giant’s site. Facebook-owned social network Instagram has also gone offline tonight. Independent outage monitor Down Detector has registered a huge spike in Facebook down reports, with tens of thousands of reported issues. According to Down Detector stats, over two thirds of affected Facebook users experiencing a total blackout while around a quarter were hit with login issues.

Facebook users have also reported getting an error code 1 message.

At the time of writing, Down Detector UK has registered a peak of over 70,000 reports of Facebook down – with over 4,500 reports of Messenger down.

Meanwhile downdetector.com registered a peak of over 120,000 reports of Facebook being down.

The spike in Facebook down reports began around 10.30pm UK time today, with users – as they typically do – taking to rival social networking site Twitter to report issues with the service.

One added: “Is it me or Facebook is down? #facebookdown”.

And another wrote: “The family of apps is down again #instagramdown #facebookdown”.

Despite the huge number of reported issues with Facebook, Instagram and Messenger today the latest server troubles appear to be short lived.

Since registering a peak of over 100,000 reported issues with Facebook, downdetector.com – as well as Down Detector UK – has seen a sharp decline in reported problems.

You can still buy Greggs sausage rolls and bakes from Iceland

'Sociable' single woman, 45, killed herself after growing lonely during lockdown as she couldn't see her friends