Facebook is having a tough time of it at the moment.

The world’s biggest social network has had its named dragged through so much mud by whistleblowers it’s thinking of changing it.

But all the talk of shady algorithms and profit-hunting execs can’t be as bad as this leaked internal video.

It tells Facebook employees about enrolling for benefits while working at the company through the power of song.

And it has to be seen to be believed.

Buzzfeed news reporter Katie Notopoulous first got hold of the video and posted it to Twitter.

She called it more ‘damning than anything in the Haugen leak.’

The video has been reposted around the web, since the initial leaked version has been taken down by its original poster. Possibly because Facebook cottoned on to its existence.

This open enrollment video for Facebook employees is as damning than anything in the Haugen leak imo https://t.co/bKdRs8hjf3

At one point in the video, the a capella number encourages Facebook’s workers to jump into the metaverse – and we see them all don their VR headsets. 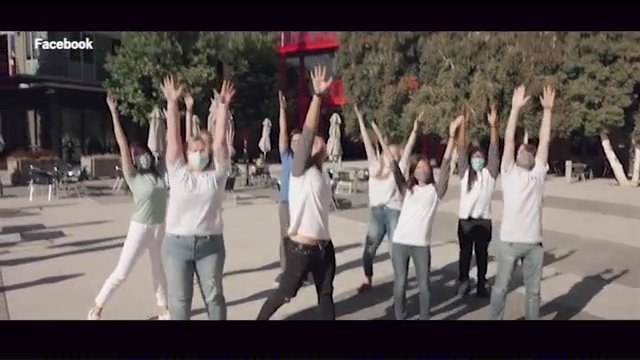 Facebook boss Mark Zuckerberg has been pushing the idea of the metaverse for awhile now and sees it as the next version of the internet.

You can see what it’ll be like in the video, with our heroes taking the form of Nintendo Wii-like avatars that continue to extol the virtues of working for the company.

Take a good look, this is what the future will be like.

AstraZeneca hits back at US claim that it gave 'outdated information'

Man denies stabbing sheikh’s son to death outside Harrods for £41,610 Rolex – The Sun