Scientists and locals in western Mexico have achieved the return of a species of fish extinct in nature – but conserved in captivity – to its native habitat.

The Tequila splitfin or Zoogoneticus tequila used to swim in a river in western Mexico, but disappeared in the 1990s.

Its success is now intertwined with the community’s identity and is being touted internationally.

The project began more than two decades ago in Teuchitlan, a town near the Tequila volcano.

Half a dozen students, among them Omar Dominguez, began to worry about the tiny fish that fit in the palm of a hand and had only ever been seen in the Teuchitlan river. It had vanished from local waters, apparently due to pollution, human activities and the introduction of non-native species.

Mr Dominguez, now a 47-year-old researcher at the University of Michoacan, said that then only the elderly remembered the fish, called ‘gallito’ or ‘little rooster’ because of its orange tail.

In 1998, conservationists from Chester Zoo in the UK and other European institutions arrived to help set up a laboratory for conserving Mexican fish. They brought several pairs of Tequila splitfin fish from the aquariums of collectors, Mr Dominguez said. 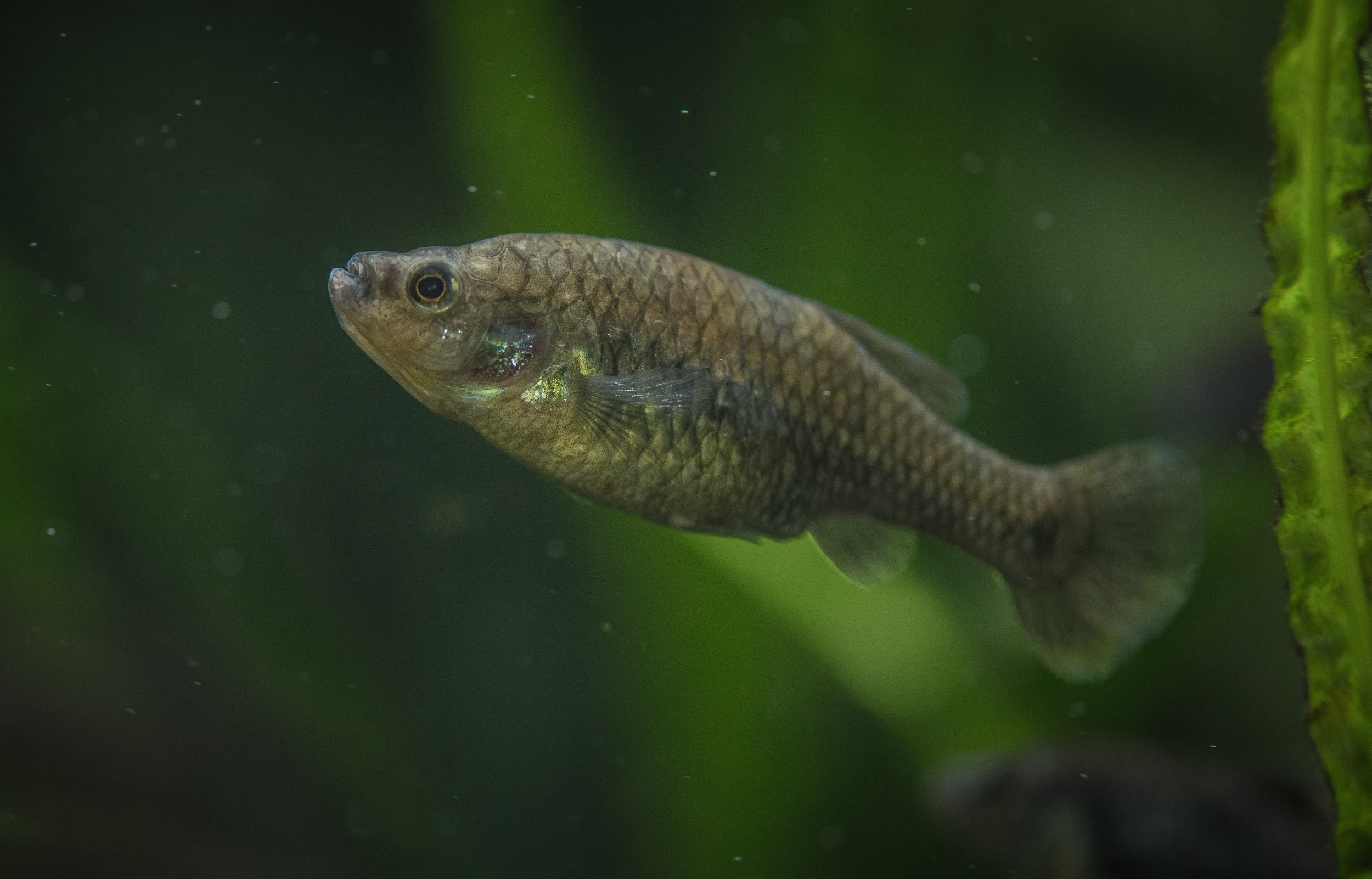 The fish began reproducing in aquariums, and within a few years Mr Dominguez and his colleagues gambled on reintroducing them to the Teuchitlan river.

‘They told us it was impossible, (that) when we returned them they were going to die,’ he said.

So they looked for options. They built an artificial pond for a semi-captivity stage and in 2012 they put 40 pairs there.

Two years later, there were around 10,000 fish. The result guaranteed funding, not only from Chester Zoo but also from around a dozen organisations from Europe, the US and the United Arab Emirates, to move the experiment to the river.

There they studied parasites, microorganisms in the water, the interaction with predators, competition with other fish, before introducing the fish in floating cages.

The goal was to re-establish the fragile equilibrium. For that part, the key was not so much the scientists as the local residents.

‘When I started the environmental education programme I thought they were going to turn a deaf ear to us … and at first that happened,’ Mr Dominguez said.

But the conservationists succeeded with patience and years of puppet shows, games and explanations about the ecological and health value of Zoogoneticus tequila – the fish help to control the mosquitos that spread Dengue fever.

A group of children formed the ‘River Guardians’, to collect rubbish, clean the river and remove invasive plants.

Mr Dominguez said the entire ecosystem had improved. The river is cleaner, there are fewer non-native species and cattle are no longer permitted to drink in some areas.

The fish rapidly multiplied inside their floating cages.

Then they were marked so they could be followed and set free in late 2017. In six months the population increased 55%. Last month, the fish had expanded to another part of the river.

Chester Zoo said in a statement: ‘The project has been cited as a case study for successful global reintroductions by the International Union for the Conservation of Nature (IUCN) – with recent scientific studies confirming that the fish are thriving and already breeding in the river.’

‘This is an important moment in the battle for species conservation,’ said Gerardo Garcia, the zoo’s curator of lower vertebrates and invertebrates.

The IUCN’s red list of threatened species lists the Tequila splitfin as endangered. Mexico’s freshwater ecosystems are under pressure from pollution, over-extraction of water resources and other factors.

More than one-third of 536 species of freshwater fish that were assessed in the country are threatened with extinction, according to a 2020 report led by the IUCN and and the ABQ BioPark in the US.

Back in Mexico, Mr Dominguez and his team are already beginning work on another fish that is considered extinct in the wild: the Skiffia francesae, or Golden skiffia.

Spoilers: Final showdown revealed for Geoff and Alya in Corrie