After months of speculation Fortnite, currently the world's biggest game, is available on Android.

Epic Games chief executive Tim Sweeney made the announcement at the Samsung Unpacked event at the Barclay Center in Brooklyn overnight, with the caveat that Samsung Galaxy users would be the first to try it out.

"Every gamer wants to know the same thing, when is Fortnite coming to Android? Samsung Galaxy devices are the first to be invited, starting right now," he said. 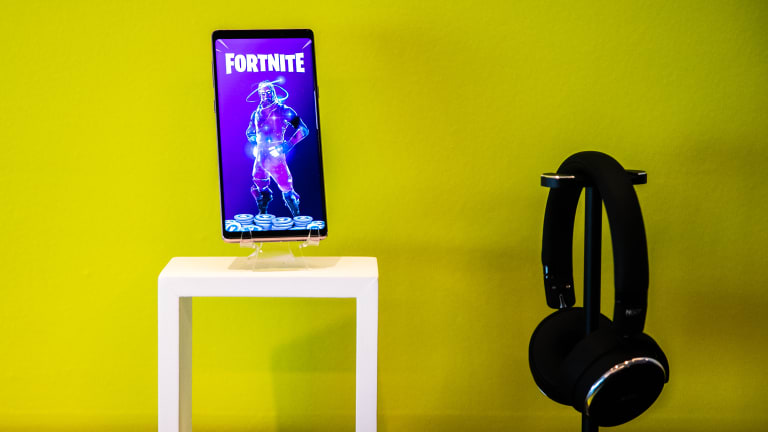 Fortnite Beta is available on Samsung Galaxy S7, S7 Edge, S8, S8+, S9, S9+, Note8 and Tab S3, as well as the Note9 and TabS4 devices just unveiled by Samsung. Other devices will be invited in waves over the next few days for players with other supported phones.

The game is bypassing Google's Play store, with players only able to download it through Epic's new installer, available through the Fortnite website.

The announcement has piqued a rivalry between iPhone and Galaxy Fortnite players on Twitter, and other Android users are getting impatient.

Purchasers of the new Samsung Note9 or Galaxy Tab S4 will get access to the new Galaxy outfit in the battle royale game.

For anyone wanting to get the skin, it will appear as a free item to claim in the in-game Fortnite store.

Bluetooth controller support is coming later to the platform, as is voice chat.

Fortnite has been played by more than 100 million people and despite being free to play has reportedly brought in more than $1.6 billion for its developer Epic Games.

A big part of the game's appeal is that players can team up with or play against their friends across various different devices, so for example new players on Android could join friends already playing on iPhone, consoles or PC.

The author travelled to New York as a guest of Samsung.

The ‘Little’ premiere was packed with big fashion moments