Last week, The New York Post published an article featuring emails from a laptop purportedly owned by Hunter Biden, the son of the Democratic presidential nominee, Joseph R. Biden Jr. The emails, about business dealings in Ukraine, have not been independently verified.

So how did cable news treat these two caches, which were both aimed at Democratic candidates during the heights of their presidential campaigns?

The answer: Fox News is giving more airtime to the unverified Hunter Biden emails than it did to the hacked emails from Mr. Podesta in 2016, according to an analysis from the Atlantic Council’s Digital Forensic Research Lab, which studies disinformation. 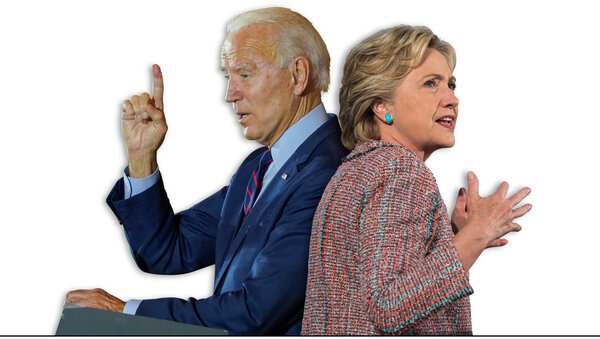 While Fox News’s mentions of the word “WikiLeaks” took up a peak of 198 seconds in one day in mid-October 2016, the news channel’s references to “Hunter” reached 273 seconds one day last week, according to the analysis. Fox News did not respond to a request for comment.

In contrast, most viewers of CNN and MSNBC would not have heard much about the unconfirmed Hunter Biden emails, according to the analysis. CNN’s mentions of “Hunter” peaked at 20 seconds and MSNBC’s at 24 seconds one day last week.

CNN and MSNBC covered the WikiLeaks disclosures more, according to the study. Mentions of “WikiLeaks” peaked at 121 seconds on CNN in one day in October 2016 and 90 seconds on MSNBC in one day in the same period.

“In 2016, the WikiLeaks releases were a gigantic story, covered across the political spectrum,” said Emerson Brooking, a resident fellow at the Digital Forensic Research Lab, who worked on the report. “In 2020, the Hunter Biden leaks are a WikiLeaks-sized event crammed into one angry, intensely partisan corner” of cable news television.

As for online news outlets, 85 percent of the 1,000 most popular articles about the Hunter Biden emails were by right-leaning sites, according to the analysis. Those articles, which were shared 28 million times, came from The New York Post, Fox Business, Fox News and The Washington Times, among other outlets. The researchers did not have a comparative analysis for the WikiLeaks revelations.

Do women become more productive after they’ve had children?