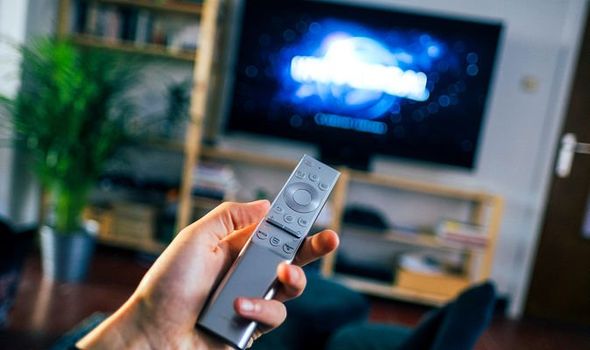 When Freesat and Freeview completed their merger earlier this year, the free-to-watch telly platforms said that becoming a single company would allow them to share technologies and knowledge. However, the first item shared between the two platforms is actually a channel.

That’s TV Gold, which is already available to Freeview users on Channel 91, is now coming to Freesat. As the name suggests, this channel is dedicated to bringing entertainment, music and films that you thought had been lost in dusty archives. From the 60s to today, That’s TV Gold airs the likes of The Tommy Cooper Show, The Kenny Everett Show and The Mike Yarwood Show. As well as these time-tested comedies, That’s TV Gold also airs live concerts, films, and in-depth documentaries from around the world around showbiz personalities.

Aside from Freeview and now Freesat, the only other viewers who can watch this nostalgia-drenched schedule is Sky Q and Sky+ HD viewers, who can tune-in on Channel 187.

Discussing the arrival of the free-to-view channel on Freesat, That’s TV Gold Head of Programming Kristiina Vaiksalu said: “In recent months That’s TV Gold has been inundated with requests to launch on Freesat. We are delighted to be in a position to now do this and bring our brand of classic entertainment to Freesat viewers. Our schedule will reflect the popular culture we all grew up with and feature some of the biggest names in UK television over the past five decades.”

Angie Mee, Director of Content Partnerships at Freesat, added: “We are thrilled to welcome That’s TV Gold to the ever-expanding Freesat service. As well as bringing our customers the newest content, we also understand their love of shows from their past and That’s TV Gold brings with it some of the very finest.”

Freeview parent company Digital UK, which was a joint venture between the BBC, ITV, Channel 4 and transmitter operator Arqiva – until the latter left the project last year, has now confirmed that it acquired Freesat on July 8, 2021. Freesat had two shareholders, BBC and ITV, which meant the merger had to be cleared by the relevant authorities and regulators.

For those who don’t know, Freesat offers access to a number of the same channels as Freeview, but relies on a satellite dish to connect viewers to their favourite shows. So, if you’ve decided to leave Sky Q, but still have a dish strapped to your roof and don’t fancy a weekend of DIY – you can plug in a Freesat compatible set-top box to access free-to-air channels using your existing receiver. That’s a different approach to Freeview, which leverages your aerial.

There are a few advantages to Freesat over Freeview, most notably, that the service uses the additional capacity afforded when broadcasting via satellite to offer a selection of 24 high-definition channels, including those from BBC, ITV, Channel 5, Discovery Networks, France 24, Paramount Network, Bloomberg, RT UK and TRT World.

That said, Freeview Play – which requires an internet connection to bring catch-up services into the TV Guide – includes more content than Freesat. When using a Freeview Play television or set-top box, scrolling to the left on the TV Guide will allow viewers “travel back in time” and jump into previously-aired shows still available from BBC iPlayer, My5, ITV Hub, All4 and others.

In total, it pulls content from 10 on-demand catch-up services now. While much of this is also possible with Freesat, the service doesn’t currently include any shows from All4.

This is similar to Sky Glass, which was announced earlier this month and will become available to customers on October 18, and streams the complete Sky Q experience over a Wi-Fi connection – dropping the need for a satellite dish for the first time in the company’s history. However, this custom-designed 4K TV also includes a Freeview tuner inside, which is used as a back-up if your internet connection goes offline so that you’re able to continue to watch live television.

You can’t buy Virgin Media TV without including one of its broadband bundles. But when you consider this deal comes with Sky TV channels including Sky Showcase, Sky History, Discovery HD, National Geographic as well as 108Mbps download speeds (UK average is 70Mbps) and free weekend calls… it suddenly looks very competitive compared to Sky!

Like Virgin Media, BT only bundles its telly offering with a broadband package. BT TV is the only provider with AMC – the network behind hits like Mad Men, Breaking Bad, and Fear the Walking Dead. You’ll also get Sky TV channels like Sky Showcase, Sky Atlantic and more via an included NOW subscription. The box has enough storage to hold 600 hours of recorded shows too.

Stassi Schroeder and Beau Clark: A complete timeline of their relationship

Wendy Williams on Overcoming Her Cocaine Addiction: 'It's a Miracle I Was Able to Stop'