There might be two new Galaxy Note smartphones arriving in stores later this month but, in our opinion, there’s only one that’s worth a place in your pocket. The Note 20 and Note 20 Ultra were revealed during Samsung’s online Galaxy Unpacked event last week and feature a refreshed design with new colours, faster processors and a more responsive stylus. While both of these handsets promise a large display to scribble notes with the S Pen, multi-task and play games at the end of a productive day – anyone thinking of upgrading should just opt for the Galaxy Note 20 Ultra.

That’s because this premium smartphone comes packed with so much more than the standard Note 20 – to be honest, we’re really wondering what the point of that entry-level model even is.

The Galaxy Note 20 Ultra gets a more responsive S Pen, a screen with a high refresh-rate, improved cameras, and the ability to access 5G data speeds.

Admittedly, it costs around £300 more than the entry-level Note 20, but if you’re a fan of these devices then it’s really hard not to justify spending a bit extra to get the ultimate device. And if you’re spreading the cost over a 24-month or 36-month contract, the price increase is easier to swallow.

Here’s everything that’s different about the Note 20 and Note 20 Ultra (and why the Galaxy Note 20 Ultra is the one that’s worth your money). 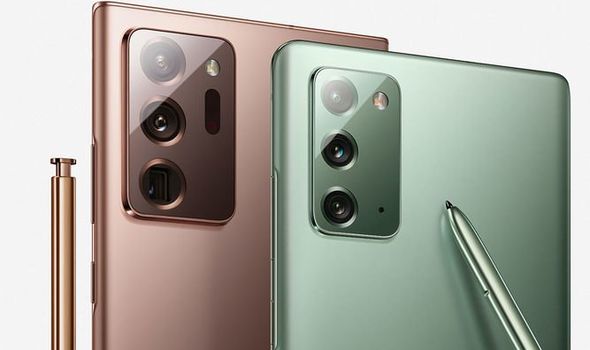 NOTE 20 ULTRA HAS A BETTER SCREEN

Not only does the Note 20 Ultra have a bigger 6.9-inch curved screen, but it also features an adaptive 120Hz refresh rate. In plain English, that means the display will automatically shift from 120Hz down to a slower, less power-hungry refresh rates whenever it’s not required. That should save battery while still offering the best silky smooth experience when whizzing through websites.

If you buy the Note 20 you’ll get a standard 6.7-inch flat screen with slightly bigger bezels and a 60Hz refresh rate. Admit it, that really doesn’t sound great for a phone that still costs over £800. 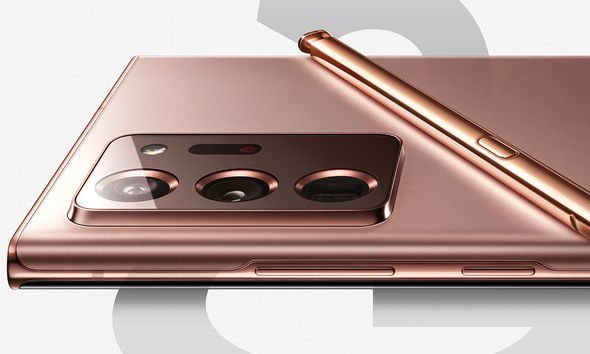 Samsung is boasting that its new S Pen stylus on the Galaxy S20 Ultra feels more like a real pen on paper than ever before. That’s because they’ve managed to drop the latency to just 9ms meaning there’s almost no delay at all when you scribble on the screen.

The standard Note 20 has a 26ms latency, which is still much better than the Note 10 series from last year, but is nowhere near as fast as its more expensive sibling. Whether you’ll notice remains to be seen, but for the best note-taking experience around – it seems the Ultra is the way to go.

NOTE 20 ULTRA HAS 5G AS STANDARD

Both the Note 20 and Note 20 Ultra can access superfast 5G data speeds, but only the Ultra gets this feature as standard. If you opt for the £849 entry-level Note 20 you’ll only get 4G access – and you’ll need to pay another £100 on top for 5G. That extra cost makes the Ultra seem an even more attractive option. 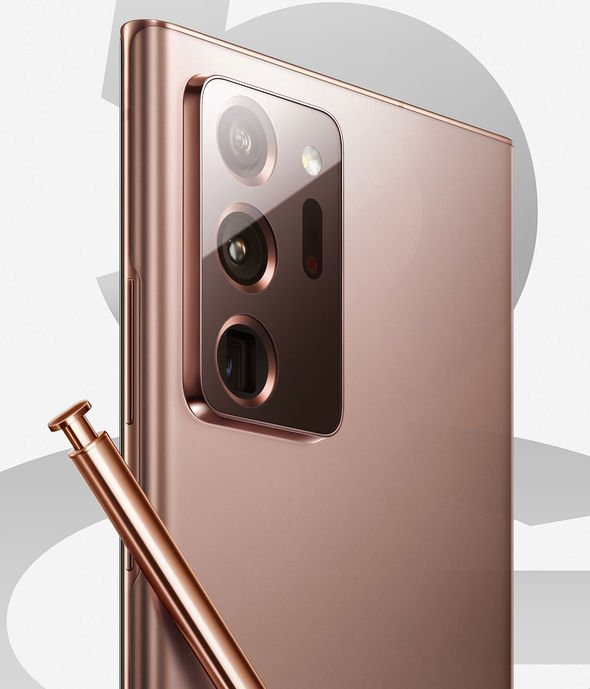 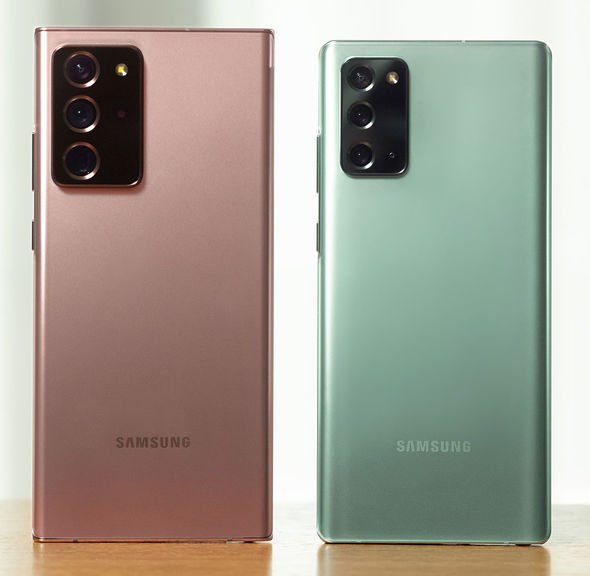 NOTE 20 ULTRA GETS A BETTER CAMERA

If you want the ultimate camera then, again, the Ultra is worth the extra cash. Not only does get it a much bigger 108-megapixel main camera (compared with 12-megapixel on the Note 20) but there’s also an improved 50x Space Zoom and 5x lossless optical zoom, which should help you get better close-ups. One final bonus of the Ultra is that it also features a laser auto focus for faster and sharper photos.

Both devices can shoot wide-angle, night and portrait shots, plus there’s 8K video recording on all the new Note 20 range, but your family album will definitely benefit from a photographic bonus if you buy the Ultra.

Power users might also want to consider buying the Galaxy Note 20 Ultra as this phone includes 12GB of RAM and up to 512GB of internal memory. That’s compared with 8GB of RAM and 256GB of memory on the Note 20.

There’s also a bigger battery tucked inside the Note 20 Ultra. This top-tier phone packs a 4,500mAh battery cell, rather than a smaller 4,300mAh battery in the standard note. And with the battery saving smarts built into the screen, we’re hoping the Note 20 Ultra is a real battery life king.

Spending £1,179 on a new smartphone is clearly a lot, but the features on the Galaxy Note 20 Ultra are so much better we really can’t recommend you buy the standard Note 20. We hope to bring you a full review of these phones in the coming weeks so watch this space.

The Resident Promotes Kaley Ronayne to Series Regular for Season 6