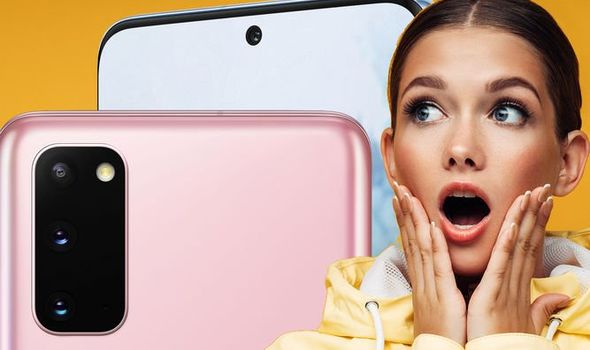 Galaxy S20 owners might be wise to switch off their news alerts today with Samsung expected to reveal a brand-new version of this popular phone at a much cheaper price a little over six months after the original launched. The South Korean technology firm has already revealed its “Unpacked for every Fan” event will be taking place later today.

And while there’s no confirmation of what is being unveiled during the Unpacked keynote it looks almost certain that a new S20 Fan Edition is getting its grand reveal. This device has been rumoured for a while now and looks set to bring some pretty impressive specs at a price that will make the standard S20 look very expensive.

All will be revealed at 3pm BST but ahead of the launch, we’ve already been treated to two very big leaks which may have exposed exactly what will be included on this device.

Top tech tipster, Evan Blass, was the first to post images and specs of the upcoming phone with screenshots from what appears to be Samsung’s official website showing the Fan Edition will arrive packing the same triple rear camera as the S20. This means it could get a wide, ultra-wide and telephoto lens all packed into the rear case.

This camera system could offer up to 30X zoom and a Night Mode for shooting images in low light without the need for a flash.

For browsing the web and watching Netflix, users could find themselves staring at a 6.5-inch FHD Infinity-O display which is sure to offer Samsung’s usual pin-sharp and colourful experience.

Tucked under the shell is a large 4,500mAh battery which should make sure you can use it all day without things running flat and this battery appears to have fast and wireless charging capabilities. Finally, Blass has given fans a glimpse of all the colours which include purple, blue, green and red.

If that leak wasn’t bad enough, it’s been followed by a YouTube video which shows someone actually using the new phone.

‘Jimmy Is Promo’ posted the clip online with him suggesting identical specs to that revealed by Blass. That includes that bright OLED screen, triple rear camera and Wireless PowerShare technology which can refill accessories simply by placing them on the phone.

Although nothing has yet been confirmed, some rumours have suggested that the new S20 Fan Edition will cost under £600. If that’s true it will make it around £200 cheaper than the standard S20.

We’ll have to wait and see exactly what Samsung reveals on stage later today but it could be good news for those who have held off buying the flagship S20 but terrible news for those that have just invested in one.

Express.co.uk will bring you all the news live from the “Unpacked for every Fan” later today.

Is Disney and Pixar's 'Onward' Premiering on Disney+?