The Galaxy S20 Ultra is the most premium smartphone that Samsung has ever built. This very expensive new flagship arrives with big features and an even bigger price that can leave a whopping £1,400 dent in your bank account. But are they enough to make it worth that cost? Here’s Express.co.uk’s full Galaxy S20 Ultra review.

There really isn’t anything subtle about S20 Ultra. From its giant screen to the huge rear camera that bulges from the case like a colossal spot on your face – this is not a device for those that do dainty. Despite its gargantuan size, from the front, this phone really doesn’t look all that bad.

Samsung has used all its know-how from previous flagship smartphones to create a display that pushes right to the very edges of the case meaning you’re not distracted by any hint of a bezel. The design team has also learnt lessons from its previous Galaxy S10 and now moved the front-facing camera to the middle of the screen.

This tiny hole-punched snapper is far more subtle than you’ll find on rival devices and you’ll actually forget it’s even there most of the time. Although the display is easy on the eye, things take a turn for worse when you spin the Ultra around.

From the back, this phone is no oil painting with the quad-camera sticking out like a very sore thumb. The fact it protrudes so far out of the case means you often catch the sharp edges on your fingers and it also makes it hugely unstable when placing it on your desk. 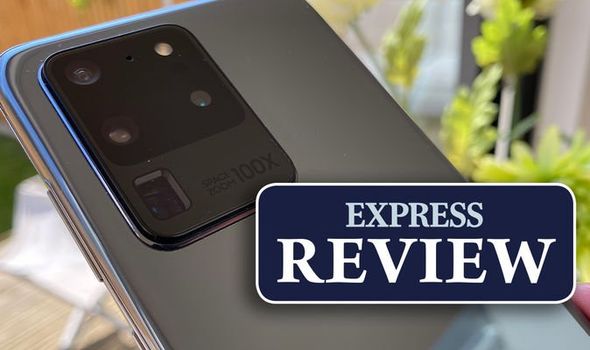 This means you can forget bashing out a text without making an annoying sound as the device wobbles around.

Samsung is clearly trying to push the boundaries with a new feature-packed camera system but we’re not sure that it’s worth the trade-off with the design.

Samsung’s Galaxy S10 looks great from all angles which certainly can’t be said for the S20 Ultra.

One final thing to note is that, unless you have extendable thumbs, this is a two-handed phone and with a height of over 16 centimetres – it’s likely to protrude from your skinny jeans, which isn’t the best fashion statement.

Samsung is renowned for its dazzling displays (Apple uses Samsung-made displays on its £1,000 flagship smartphone too) and the Galaxy S20 Ultra has the best screen it has ever shipped on a Galaxy phone.

The 6.9-inch Quad HD+ Dynamic AMOLED display is a thing of absolute beauty with everything looking bright, pin-sharp and bursting with colour.

Perhaps the biggest change to this new model is the inclusion of a 120Hz refresh rate which basically allows you to scroll through content, watch movies and play the latest games without seeing a stutter on the screen.

It is seriously impressive and makes the device an absolute pleasure to use – in fact you’ll wonder how you lived without it when switching back to a standard 60Hz screen.

It’s worth noting Galaxy S20 Ultra doesn’t have this feature switched on straight out of the box. However, a quick dig through the settings makes it simple to enable and it’s certainly worth it if you want the ultimate experience. 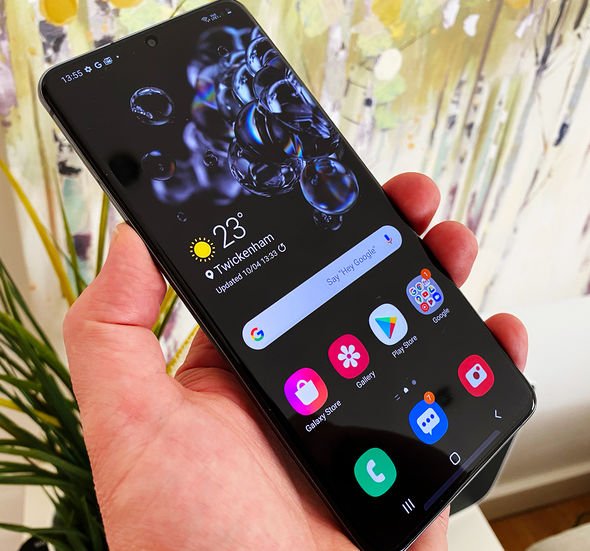 Sadly, there is one downside to this technology – it takes a hit on battery life.

You’ll still a get a full day of usage but things definitely last longer with the 120Hz mode turned off. So, if you’re planning a trip away and have forgotten your charger – that’s the first thing to turn off.

One final thing to note is that this screen is HDR10 certified which means you’ll get a much clearer image when watching compatible content from the likes of Netflix.

If you want a big display in your pocket you’re not going to find much better than the S20 Ultra and it certainly makes a nightly binge on the latest box sets a joy to behold. 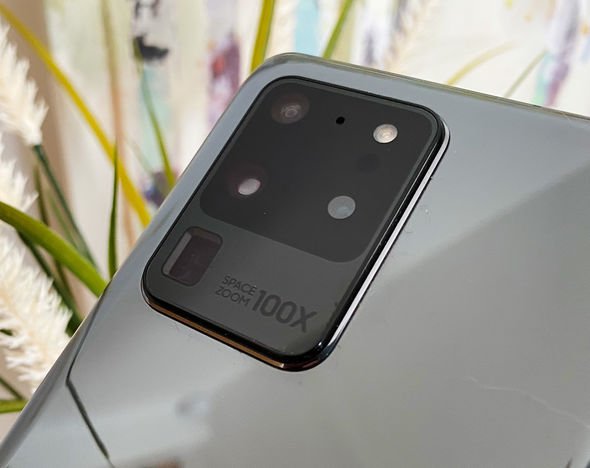 Of course, one of the main attractions of the S20 Ultra over the other models in the Galaxy S20 range is the souped-up rear camera. And there’s certainly plenty here to delight photography fans.

To produce crystal clear images, the S20 Ultra includes a 108MP sensor which allows the device to capture more light – helping to boost quality in all conditions. Having such a massive sensor means larger files sizes which then allows you to crop into your photos without losing too much detail.

Images shot in this mode are certainly impressive but it’s worth remembering that if you use the free version of Google Photos you’ll find anything taken with this ultimate setting is crunched down to much less impressive file size.

Another bonus of choosing the Ultra over the other members of the S20 range is its 100X Space Zoom. This extra camera, which sits below the standard trio of lenses, basically allows you to get closer to the action than ever before. 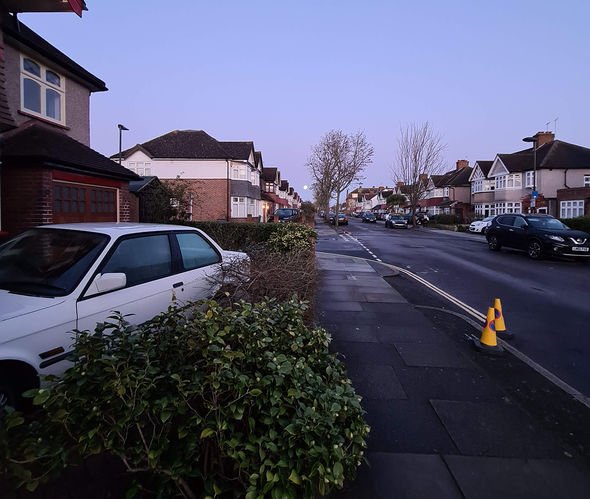 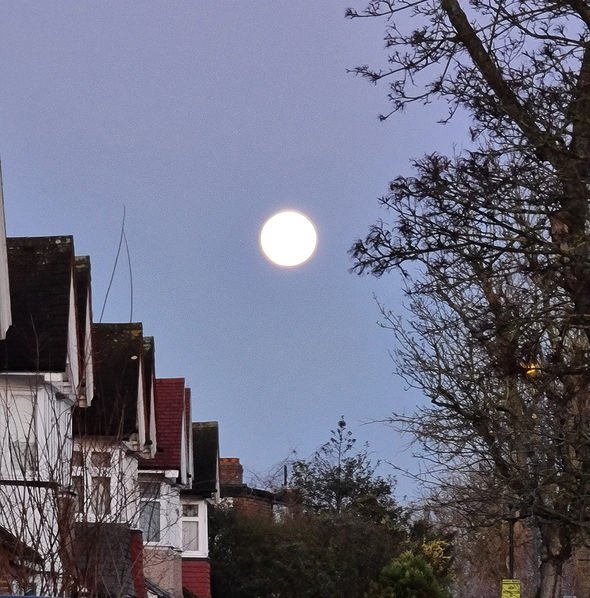 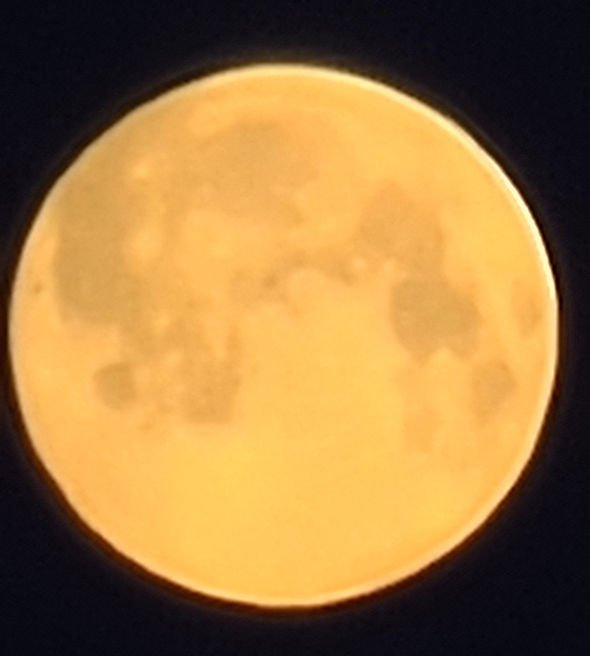 It’s impressive stuff from such a relatively small lens but it does have some drawbacks.

Unless you’re using a tripod and the subject you are shooting remains deathly still – this camera function is pretty hard to use and resulting pictures often looking blurry and out of focus. In fact, we can’t help thinking that it’s all a bit of a gimmick and you’ll probably have fun with it once before forgetting the Space Zoom even exists.

Other more useful features that are worth mentioning include the new single take mode which is actually a nice little bonus. When activated, this setting instantly snaps a number of images and video clips with the touch of the shutter button. All of these can easily be shared on social media and we can see Instagram and Twitter fans getting plenty of use out of the ready-filtered photos and fun animated GIFs. 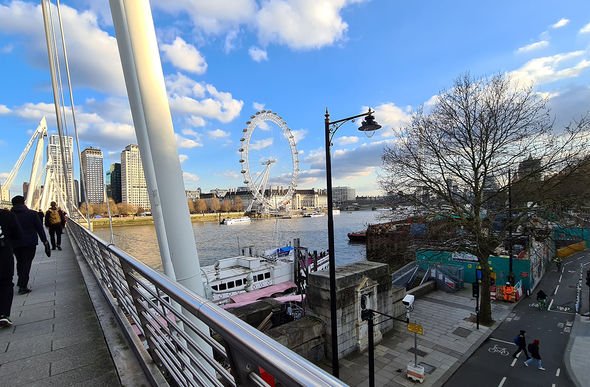 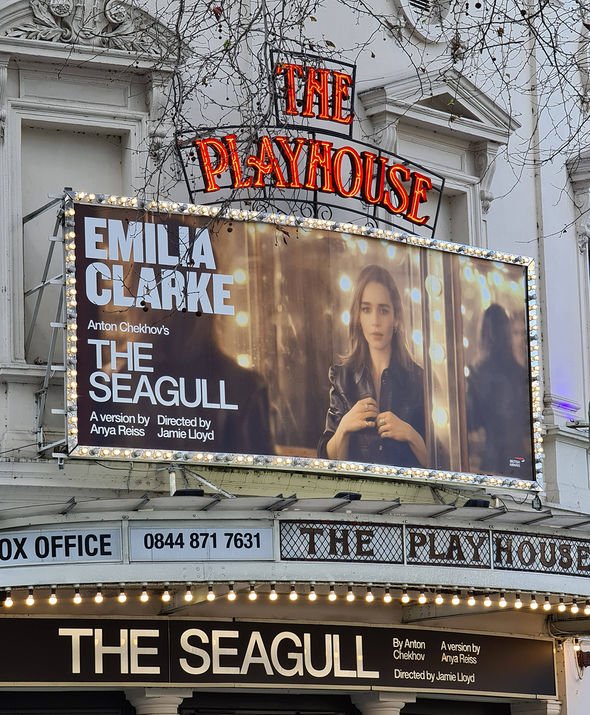 If it’s video you love then the S20 Ultra can shoot footage in full 8K and there’s some very clever stabilisation which makes your home videos appear as if they’ve been shot on a GoPro.

The Galaxy S20 allows you to capture a 33MP high-res still photo right from an 8K video which means you can create some nice images even if you’re stuck in video mode.

It’s worth remembering that 8K will burn through your phone’s memory so you might want to use this setting sparingly.

All in all, the S20 Ultra’s camera is very good and a recent software update appears to have ironed out some annoying glitches that were present in early review units. So, those looking to buy today need not worry about those concerns.

Powering the S20 Ultra is 7nm 64-bit octa-Core processor, which easily provides enough power for most people’s needs. The Ultra is a very capable device and the fact you can also fill it with up to 16GB RAM makes it one of the most powerful phones on the planet. If you think you’ll need it, there’s also the option to add 512GB of internal storage which can be boosted up to 1TB via a MicroSD card.

Along with those blisteringly fast brains, you’ll also find a monster 5,000mAh battery under the hood. We’ve had no issues getting through a day and beyond with this power pack although, as we mentioned earlier, switching off the 120Hz will extend the life if you think you’re going to be away from a plug for extended periods.

When things do run dry, Samsung has made both wired and wireless charging a little faster although you will need to buy these battery boosting accessories separately as they don’t ship in the box. 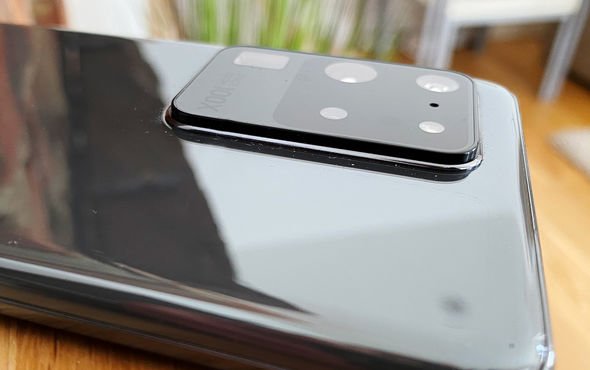 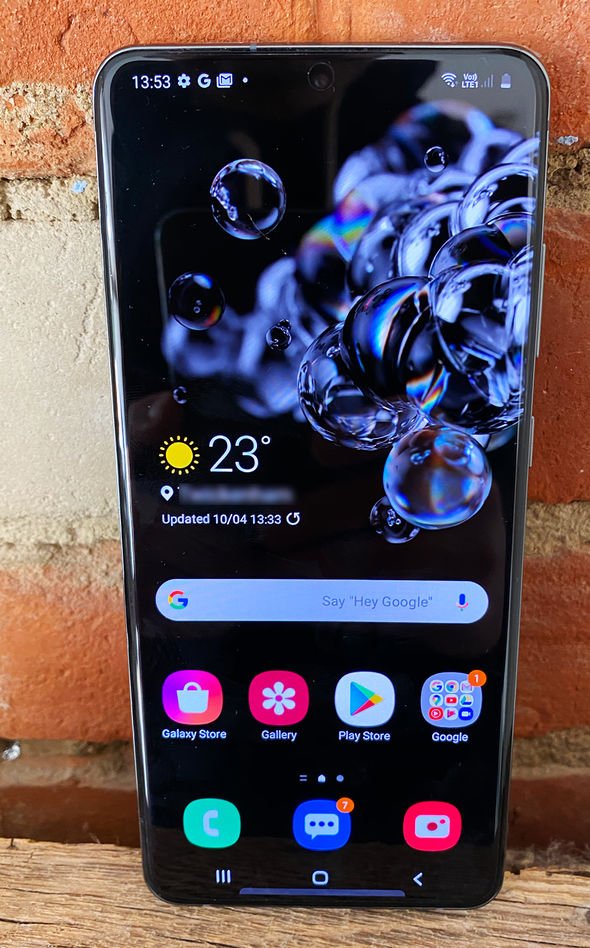 Samsung has made a very smart move in 2020 by adding 5G to the entire range of Galaxy phones. This latest data technology offers download speeds of over 300Mbps when away from fixed-line broadband and, when it works, it’s certainly impressive.

Before you get too excited about your next Galaxy phone whizzing around the web it’s worth noting that 5G is still in its infancy and it’s not always easy to find a connection.

All the big networks are rolling out 5G across the country but even in London, it’s pretty intermittent. Obviously, things will improve over time and buying the S20 Ultra means you have a phone that ready for the future.

There’s plenty of hidden treats inside the S20 Ultra including some very loud stereo speakers which have been tuned by AKG. There’s also those 5G data speeds we mentioned earlier and a fingerprint scanner tucked under the screen.

This embedded technology is getting better but it’s still not fast as the older physical scanners or the facial recognition found on the iPhone and latest Pixels.

We’ve also had some issues with our thumb not being recognised which can be hugely frustrating when trying to quickly check your messages or latest Instagram likes.

The S20 can be unlocked via your face but it isn’t that secure so only use this if you don’t have hugely personal content on the device. 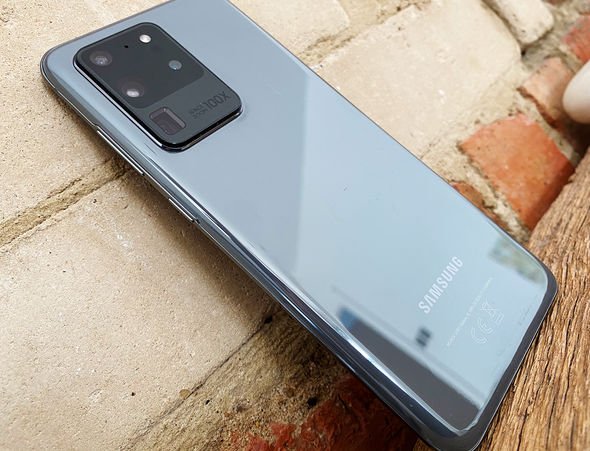 One thing that you can’t hide from is the price of the Ultra. This phone is only for those with deep pockets and that’s not just because of its size. Things start from £1,199 and rise to a ridiculously high £1,399 which sounds like a lot of money for a phone.

Even on contract things aren’t exactly cheap with a monthly deal setting you back around £60 per month. If money is no object then maybe that might seem affordable but we’re simply not sure how many people want to spend that much on a phone. 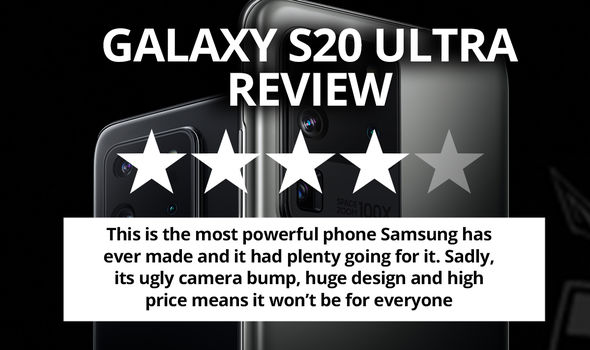 There’s no question that the S20 Ultra is a very accomplished smartphone. The 120Hz high refresh-rate screen is stunning, the camera is great, and it has enough power to race through any task without breaking a sweat.

There’s also that impressive fast-charging battery and access to the latest 5G data speeds which means accessing the web is as fast away from your home as it is sitting on your sofa.

It’s all very impressive but this is a phone that should come with a warning.

Coping with its sheer size is not easy and then there’s the gruesome camera module that sticks out at the back of the phone. It doesn’t look very pretty and we’re not convinced the bump pays off with what it brings to this phone.

The Space Zoom is a bit of fun but, in reality, you’re not likely to use that often. And finally, there’s that price. This phone will cost you at least £1,199 and things can get even worse if you opt for the 512GB model with 16GB RAM with that device pushing through the £1,300 barrier….ouch!

If you love big phones, earn a footballer’s salary and don’t mind the yucky design then the S20 Ultra is a great phone.

If you don’t tick any of those boxes above then take a look at the standard S20 as you’ll get many of the S20 Ultra’s features at a more affordable price.

Who is Bake Off: The Professionals host Stacey Solomon? – The Sun

Where is former Made In Chelsea star and Ollie Locke’s ex Gabriella Ellis now? The reality star even has a new name