Even as the world around them slows to a halt, young gamers are ushering in a new era of fashion media — one in which virtual fashion matters just as much, if not more than, style in real life. Fashion and beauty brands are eager to find advertising avenues that resonate with consumers, particularly as some luxury fashion companies reportedly cut their magazine ad budgets by up to 80% this summer, according to the digital-marketing agency Digital Luxury Group. Since even the New York Times saw plummeting ad revenue this year and there’s lower foot traffic in retail spaces like shopping malls, Gen Zers are cultivating their own virtual fashion ecosystems in video games instead. And it’s working.

“An average of 33.4 million people from around the world come to Roblox every day to connect with friends,” said Enrico D’Angelo, vice president of product management at Roblox, a global gaming platform in which users can program their own games and which earned $209.2 million in the third quarter of 2020, according to recent IPO filings. “When brands like Nike launch an item on Roblox, there are millions of people wearing it within a few days and showing it off to friends.”

Roblox player Adelin Olsen, 13, tells Elite Daily she and her two younger sisters sometimes spend their allowance buying digital clothes with their favorite game’s native tokens, robux. It costs $5 for 400 robux, and she’s purchased six outfits so far. Sometimes, they include unique designs; other times the clothes are inspired by real-world brands.

“People will see what people like, like Louis Vuitton, then they’ll design a shirt that looks like it’s Louis Vuitton. Gucci, too — all the brands people think are cool,” says Olsen. 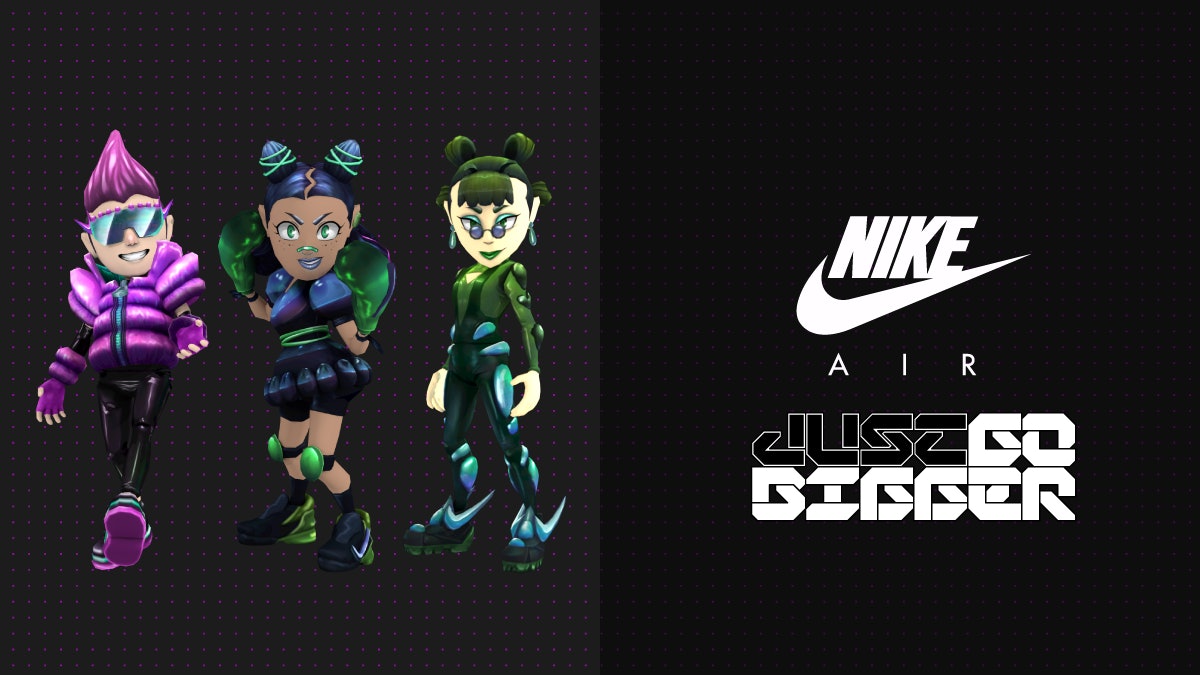 Gucci may turn a blind eye to copycats — as long as grassroots designers don’t harm the brand’s bottom line — while harnessing that momentum for its own official Roblox campaigns like the Gucci Sneaker Garage, a virtual forum that garnered 22,000 members. It coincided with the Gucci Virtual 25 avatar sneakers, designed by Gucci’s creative director, Alessandro Michele. These types of interactive platforms play well to a generation for whom independently creating is second nature and who has advanced far beyond the reach of static ads. Such creative freedom drives brand awareness, yes, but it also gives way to a hybrid crop of influencers bridging the gap between worlds that, five years ago, couldn’t have felt further apart.

“On someone’s profile, there will also be posts advertising the clothes this person designs,” Olsen says. “Sometimes there are ads like, ‘Come shop for this because a famous player wears it.’ You’ll see it on your profile or your [Roblox] feed.”

Two such influencers, Missmudmaam and Erythia, are both digital clothing designers in their 20s who have each sold millions of original Roblox items. Roblox noticed these rising stars and created collectible figurines in their honor.

“Fashion is a huge part of the Roblox platform as is evidenced by numerous dedicated groups, games, homestores, and fashion catalogs available to join, play, or purchase from,” Missmudmaam says. “There are runway events happening on Roblox where, just like in the real world, models are hired to walk a catwalk; there is music, lights and spectacular effects. There’s an audience that usually has an option to purchase the items immediately.” 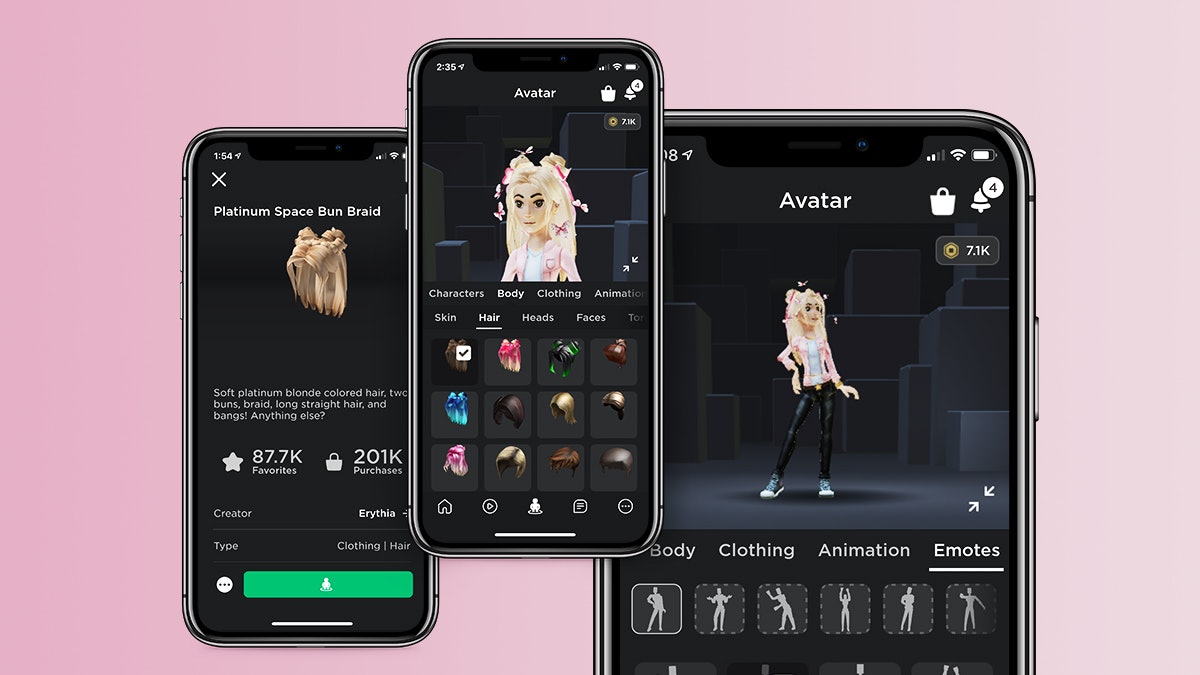 She adds there are seasonal trends, just like the offline fashion world, as well as demand for festive holiday apparel. As for Erythia, she is best known for hair designs and accessories.

“Prior to the Avatar Marketplace launch, girls had a very limited selection of hair styles to choose from,” says Erythia. “I expanded on that with tons of fresh styles in a variety of colors." 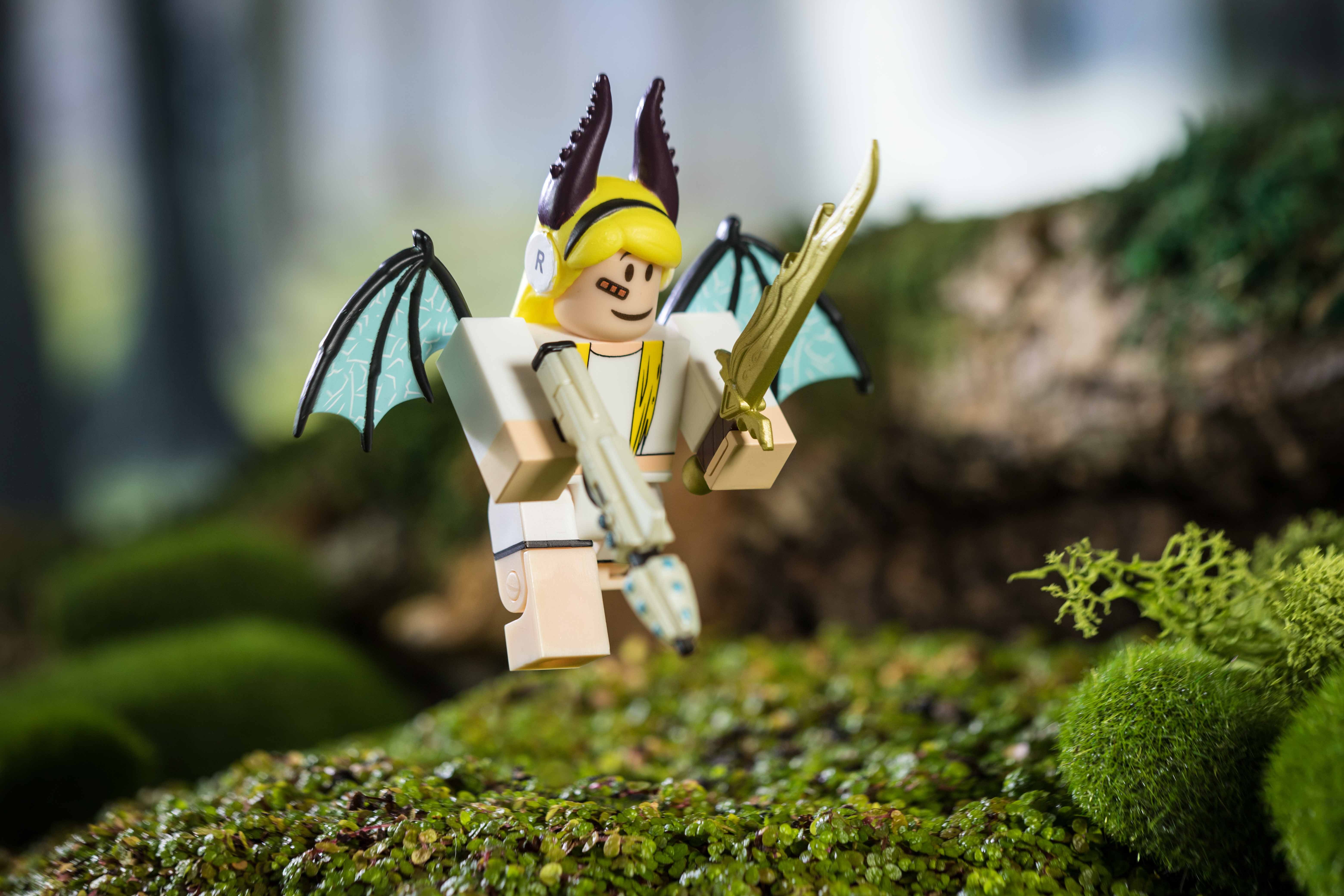 Influencer branding is hardly a new development in the gaming world, according to veteran Twitch gamer Crass Kitty, 26. Kitty says she partnered with niche apparel companies, like INTOtheAM, by posting content wearing their shirts and hoodies back in 2016. The difference is, in 2020, even luxury brands like Valentino, Marc Jacobs, and Anna Sui have begun advertising with virtual Animal Crossing clothes, aiming now to be seen as interactive rather than elite and untouchable. Likewise, Puma inked four deals with video game companies like Gen.G Esports, best known for the blockbuster game League of Legends.

Legacy fashion companies are more frequently turning to targeted brand experiences, especially those aimed at students or millennial and Gen Z women. However, Kitty warns these campaigns are most effective for marketing as opposed to a full-fledged e-commerce experience. Kitty says League of Legends offers a non-intrusive example. It doesn’t force purchases in order to play, yet the downloadable version of the game also includes optional, outward-facing shopping links.

“Anything that can be purchased for the game shouldn’t give you an advantage over anyone else — other players that can’t afford it,” Kitty says. “Anything you buy should be for aesthetics only.”

Generally speaking, Kitty says gamers have “animosity toward microtransactions inside their gameplay,” meaning a purchase shouldn’t interrupt the gaming experience. Brands adding their designs to virtual marketplaces that already exist, such as the case with Roblox and Animal Crossing, may be seen as less intrusive than explicit efforts to drive real-world sales inside the game. “I can’t think of anything where I bought a physical item in a game,” Kitty says.

Instead, it seems the most symbiotic relationship between fashion and game exists when physical items and virtual items reference each other aesthetically. Such was the case when the Italian fashion house Moschino partnered with The Sims to create real clothes printed with icons and motifs from the video game. Gucci created a digital fashion campaign for The Sims, too. Sheila Judkins, director of brand marketing at Electronic Arts’ The Sims, says her team also completed a campaign with MAC Cosmetics last summer and is now exploring new partnership ideas for 2021.

“We are seeing a strong increase in other brands wanting to be in our game,” Judkins says. “We do so in a way that best benefits our players through in-game content that they can use to create and play with life rather than putting advertisements into our game.”

“I like designing things,” she says. “I like doing makeup on the characters as well with Barbie apps… Fortnite is a good one, too; I like the Avengers skins.”

Beyond the entertainment industry, the beauty industry may be the next sector to embrace experiential marketing. Leading the charge, per usual, is Rihanna, who launched her LVMH-owned Fenty Skin line with a VR house party in August. The virtual “spa” offered product info and shopping links while celebrity guests like Lil Nas X live-streamed from the “living room.” Fenty Skin’s lucrative launch was dubbed “meteoric” by Women’s Wear Daily, even stacked against the avalanche of celebrities launching comparable products in a lean, pandemic-driven season.

Throughout 2020, beauty brands also experimented with games like Animal Crossing. Tatcha ran an Animal Crossing island where players groomed their characters. Meanwhile, Glossier partnered with the Animal Crossing clothing designer Nook Street Market to spread pink Glossier merch in the digital realm. However, a Glossier representative tells Elite Daily the company doesn’t have plans for any more Animal Crossing swag in the near future.

Luckily, fans no longer have to wait for their favorite brands and franchises to offer diverse designs, whether players want to try pink hair or designer shoes. Instead, Gen Z gamers are leading the charge in crafting their own thriving virtual worlds as the IRL world falls apart. Gamers and teens now have more power to shape luxury fashion narratives than they’ve ever had in the traditional fashion world. And they’re already busy building a new fashion economy of their own.

The most important iPhone, iPad, Mac and Apple Watch updates of the year are out now