Home » Technology » Get Apple’s new iPad for just £169! How to save big on latest tablet 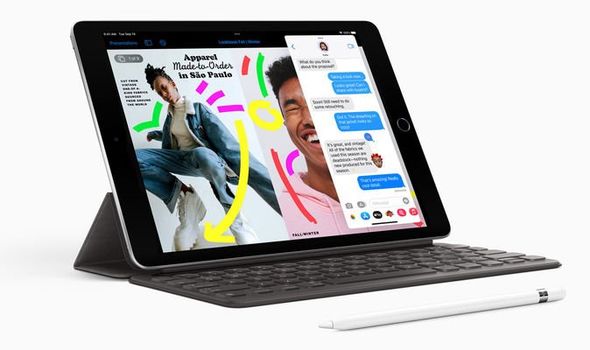 If you have an old iPad to trade in you could pick up one of the recently announced iOS tablets for as little as £169. John Lewis is running a great money-saving deal on the 2021 iPad and iPad mini – which only were officially announced a few weeks ago. The promotion means the British high street retailer will offer up to £150 worth of credit when you trade-in an old Apple tablet which can then be used towards the purchase of almost any iPad the store sells. This discount means the 64GB iPad 2021 – which usually costs £319 – can be purchased for just £169. Prices for the 2021 iPad mini start from £479, but with the potential trade-in discount that works out at £329. Along with new models getting the discount, this offer is available for a number of 2020 and 2019 iPads as well, with only a handful of iPads from last year exempt.

This year the Apple iPad offers double the storage for less money. Besides increasing storage to 64GB from 32GB, Apple has also reduced the price by £10 – from £329 to £319. A John Lewis promotion can also offer a saving of up to £150 on top of that.

This year the iPad mini has returned, sporting the all-screen design seen on the iPad Air as well as the square edges that tablet boasted, which were first seen on the iPhone 12. With the John Lewis trade-in promotion this pint-sized tablet can be purchased from £329.

The £150 trade-in offer isn’t just available to redeem on the iPad 2021 range – it’s also available on almost all iPads listed online. So you can also make a trade-in saving on 2020 and 2019 Apple tablets at John Lewis as well.

Voyeur, 57, who took ‘upskirt’ pictures of tourists is spared jail