Home » Technology » Get Better TV Sound (Without a Lot of Wires)

The latest TVs pack better image quality than ever before into impossibly thin bodies, but their designs leave little room for decent built-in speakers. Forget room-rumbling explosions — making out basic dialogue can be difficult on all but the highest-volume settings for many TVs.

That’s why Wirecutter’s audio experts spend hundreds of hours testing speakers, soundbars, and other audio equipment to find the best options for easily and affordably improving your TV’s sound with minimal fuss and wires.

A soundbar is the easiest way to upgrade the sound from your TV. Installation is as simple as plugging in a single cable (in addition to the power cord). Once it’s connected, any sound that would have come out of the TV’s tinny speakers routes through the soundbar’s superior speaker instead. A single bar of speakers and a subwoofer can’t match the immersive sound of a full surround-sound system with separate speakers wired into every corner of the room, but the ease of installation is worth the trade-off.

After testing multiple soundbars, Wirecutter found that the Vizio SB3651-E6 offers the best value. It typically costs less than $250 yet sounds comparable to models that cost much more. Whereas most other soundbars only simulate surround sound, the Vizio actually has rear speakers, which plug into the wireless subwoofer. It’s the simplest and most affordable way to get true surround sound in almost any room.

If you want even better sound, the excellent clarity and svelte design of the Definitive Technology W Studio Micro earned top marks overall in Wirecutter’s tests. It’s just under two inches tall, making it short enough to rest just below your TV’s screen without obstructing your view. Its separate, wireless subwoofer can stand anywhere near an outlet and rounds out the low-end, giving some oomph to explosions and bringing definition to the bass line while playing music. Although the W Studio Micro lacks Bluetooth, its built-in Wi-Fi can directly access Spotify, Pandora, and other streaming services if you sync with an app on your phone. 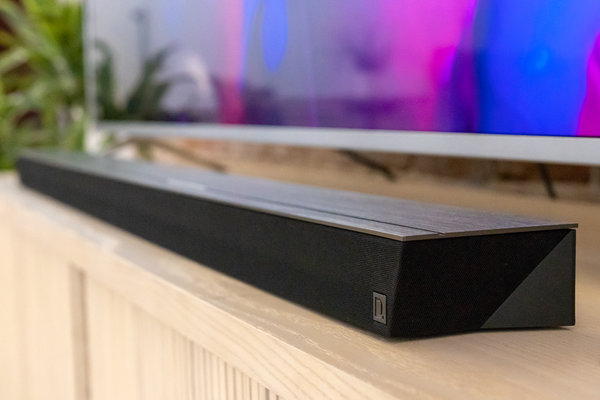 If you’re watching TV on your own and don’t want to disturb anyone — especially your partner in bed — wireless TV headphones are a good option. After testing 14 models, none have the power and clarity of wired headphones. But they balance that drawback with convenience, and the best ones do an admirable job of bringing TV shows and films to life.

For the best-sounding option, Wirecutter recommends the Sennheiser RS 165 headphones. They make dialogue easy to understand, they offer good stereo separation (so action on the left sounds like it’s happening on the left, and the same goes for action on the right), and they’re comfortable and lightweight. They easily connect to a TV’s audio output and come with a handy charging dock to stay ready to use.

Alternatively, many recent TVs also have built-in Bluetooth support that lets you link any Bluetooth headphones to them with no additional equipment. You’ll probably need to consult your TV manual, however, since this option can be hidden under mystifying menu layers.

Add a receiver and surround-sound speakers

For the absolute best TV sound, you need an AV receiver (essentially an amplifier with the ability to coordinate multiple speakers at once) and separate surround-sound speakers. This means a significant investment, in both money and time to install them, so unless you’re dead set on theater-quality sound, it’s probably not worth the cost or the effort.

However, if you have the space and desire to look into that option, Wirecutter has recommendations for receivers, surround-sound speakers, and the speaker cables you need to tie them all together.

If an upgrade isn’t an option for you right now, adjusting the audio settings could help improve the sound from your TV. These settings may allow you to tweak the way the TV’s built-in speakers sound, or to optimize them for the way you’ve set the TV up.

If you’ve wall-mounted your TV, for example, it might have a setting that adjusts the audio to sound better in that configuration. Some models also offer a “dialogue enhancement” setting (it could go by another name, like “news” or “clear voice”), which makes it easier to hear what actors are saying. Or you may see an option to turn on “dynamic compression,” which makes all sounds more similar in volume so you don’t get jarring highs and unintelligible lows.

Your TV still won’t sound as good as it would with a soundbar or separate speakers, but these tricks are free — and you can do them in five minutes, before settling in to watch tonight’s shows.

A version of this article appears on Wirecutter.com. 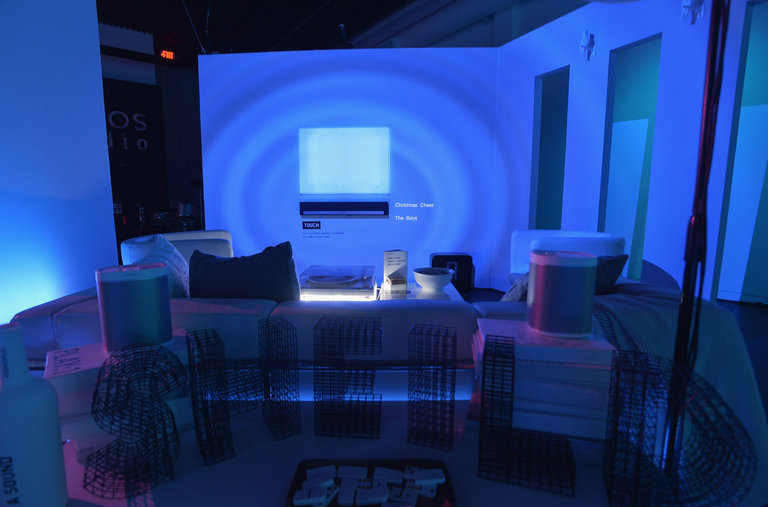 Calling all bookworms! Reese Witherspoon is hiring a librarian-in-residence

What religion is Kamala Harris?