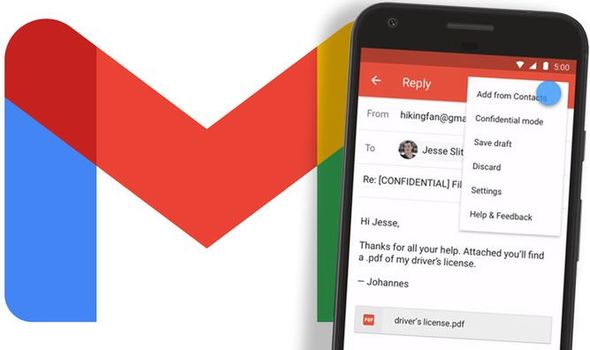 If you’re one of the millions of people using Gmail every day on your phone then there’s good news coming your way very soon. Google is thought to be releasing a small but significant update to its popular smartphone app that will end a major irritation when trying to copy and paste an email address.

If you’ve ever attempted this on your smartphone you might have some idea of how irritating it can be to perform such an easy task. Now it seems Google has come up with an easy fix. According to the team at Android Police, an update rolling out on Android devices will see a bigger and more interactive pop-up window now appearing when you tap on the sender’s email address with it then offering very easy access to this copy feature.

This will make it far easier and a lot quicker to add an address that’s not already in your contacts to a new message.

Now, before you get too excited about this change it’s worth noting that not everyone can access it just yet.

Android Police says that it appears to be rolling out slowly with some users seeing the changes whilst others are left with the more infuriating way of copy and pasting.

Gmail: Google demonstrate how to block an email address

There’s also no word on when this update will start coming to iOS although it’s likely to follow in a future update.

This update from Google comes after the firm recently revealed which Gmail users are more likely to be targeted by cyber criminals and hackers.

According to a report which was compiled with the help of Stanford University, those in the US were the biggest targets. In fact, of all the dangerous messages sent a whopping 42 percent were aimed at the inboxes of Americans.

However, don’t feel too smug if you live in the UK as Brits were the next big targets with 10 percent of emails being pushed to users. Next, it was Japan with five percent of all attacks.

Although this research sounds pretty terrifying, there is better news as Google says that 99.9 percent of all phishing, and malware attacks are stopped by its advanced spam filters.