Google removed hugely-popular password manager Dashlane, which has around three million users on the Chrome web browser alone, from its Chrome Web Store due to an unfortunate misunderstanding. Thankfully, the slip-up didn’t affect those with the Dashlane extension already up-and-running on their machines. Instead, only those who needed to install the Dashlane add-on for the first time, or those who needed to reinstall it, were left without access to the login information for their online accounts.

The popular extension vanished from the Chrome Web Store on February 8, although it’s now back in its rightful place after the error was rectified.

For those who don’t know, a password manager – like Dashlane, LastPass, or 1Password – allows users to have unique passwords for every single one of their online accounts… without the stress of having to keep track of a different email address and password combination for every single account.

These applications generate the passwords and hold the information in a secure vault, leaving users with only one password – the one to open the vault – to remember. Many of these apps use browser extensions, like the one on the Chrome Web Store, to automatically fill in the email address and password combination needed to login to a given website.

Those who were unable to install the Chrome extension following the ban on February 8 would’ve had to access their passwords on a separate device (if they had one) or tried to reset the login details for any accounts they couldn’t access. If you needed to login to online banking, or post an important photo on Instagram during that period – it would’ve been hugely frustrating.

According to Bleeping Computer, which specialises in reporting malware issues and glitches with popular applications and services, Dashlane has now returned to the Chrome Web Store and can be installed by users who need to access their secure logins in the popular browser, which is used by some 69 percent of all desktop users worldwide. 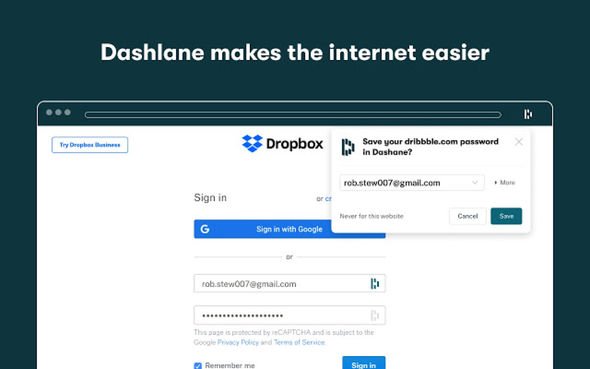 In a statement about the incident, which lasted around three days in total, a spokesperson for Dashlane stated the company “fell afoul of an automated bot, but we’re back up after we were able to speak to a human at Google.”

Security experts advise users to have unique email address and password combinations for their online accounts. That way, should the login details of one of your accounts leak online, hackers won’t be able to access everything.

However, this latest misunderstanding between Dashlane and Google highlights one of the potential problems with password managers, too.

The news comes as Google detailed some of the improvements coming to the next version of its Chrome web browser. Following the recent introduction of automatic blocking for resource-intensive advertisements, Google will soon block all insecure downloads.

This is designed to help stop Chrome users falling foul of malware when downloading files from websites.

When is House of Cards season six out on Netflix, who's in the cast with Robin Wright and who's replaced Kevin Spacey?