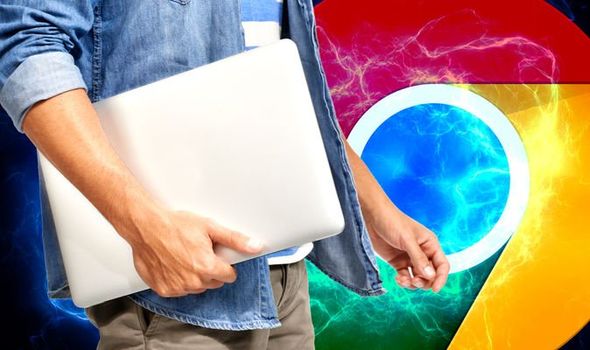 The next version of Google Chrome is here. The bumper new update, version 80, comes with a raft of new features that could help to speed up your Windows 10 or macOS computer. Chief among these improvement is the ability to automatically block heavy advertisements on sites which can cause older machines to splutter and struggle.

Once enabled, the feature will block any adverts that sap too much of your computer’s resources, such as CPU or RAM. If you’ve upgraded the Chrome web browser on an older machine – or a lightweight ultra-portable laptop with fewer resources than a desktop PC – and would like to toggle the heavy-advert blocker then access the following link in your browser chrome://flags/#enable-heavy-ad-intervention and set the dropdown menu to enable the feature.

But that’s not all there is to be found in Chrome version 80.

The biggest single change in the new version of the application is around how it handles cookies. These small files have been a staple of web browsers since the 90s and allow websites to exchange information with the apps being used to visit webpages. Until now, Chrome didn’t restrict any cookies from loading when you visited a website.

With Chrome 80, that all changes. Google will now only load-up cookies which have been created by the domain you’re visiting. That means first-party cookies, also known as same-site cookies, will be able to load as normal. Third-party cookies can be loaded, but web developers will need to enable a meeting inside the HTTP headers to flag to Chrome that you’ll be using third-party cookies for extra information.

If you’re not familiar with web development, this all sounds pretty complicated. But in a nutshell, the change should help boost privacy and security for Chrome users. Websites that use cookies to track users movements across different websites, as well as affiliate revenue schemes could be broken by the change.

Google is giving developers some time to adapt to the new changes, which won’t be enabled in the new version of Chrome until the end of the month.

It’s possible some cross-website tracking – for example, Facebook uses cookies within the Login With Facebook buttons that are scattered across a huge swathe of websites to keep tabs on your movements and the types of websites that you like to visit, even when you’re not logged in – could be stopped by the new update.

Finally, the new version of Google Chrome will change how the browser handles notification pop-ups.

The latest tweak is designed to stop websites from sending spam to their users with multiple notifications. From Chrome version 80 onwards, websites won’t be able to annoy users with popups as all notification requests will be hidden away and contained under a new icon in the Chrome URL bar.

Kourtney Kardashian Vs. Sofia Richie: Who Looks Hotter Wearing Nothing But A Bra Top?

Taurus horoscope: What your star sign has in store for May 2-8

Landlord, 44, stabbed to death at Essex pub remembered for his ‘heart of gold’ – The Sun