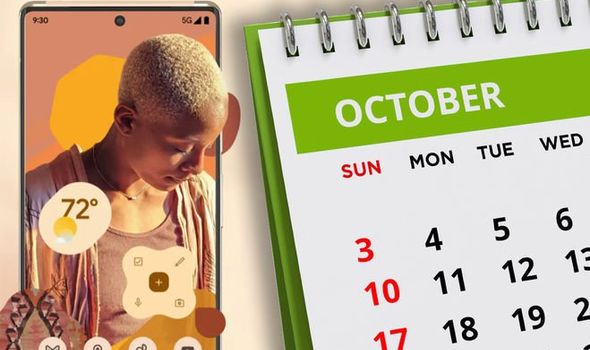 If you love all things Android, you’ll want to pop October 19th in your diary now. That’s the date when Google looks set to reveal its next generation of Pixel smartphones and it could also be when an official release date for Android 12 is finally announced.

We already know some details about Google’s new flagship smartphone, including the fact that it will be powered by the Californian company’s own Tensor-branded processor, rather than the usual Qualcomm brains Google has opted to use in the past.

This new chip will offer a swathe of AI enhancements including improving the photos you snap and clever machine learning capabilities. While these software features have been present in Pixel handsets for some time – powering features like one-tap photo editing, bringing Portrait Mode effects to images taken on other phones, and automatic captioning of all video clips to boost accessibility – all of these should be speedier on the Tensor chipset.

Google says it needed to build its own silicon because its developers were reaching the limits of what existing chips can do.

Another big change coming in this update is the way the Pixel looks. Gone is pretty bland design, replaced with an all-new styling that includes a camera that stretches across the rear case.

There will also be a number of fruity colours available at launch – including two-tone peach and green – and the Pixel 6 will come in both standard and bigger Pro models.

Other specs released so far include 5G, an under-display fingerprint sensor and an “all-day” battery. The Pro will have a 6.7″ QHD+ 120Hz screen, while the 6 will boast a 6.4” 90Hz display.

We’ll find out full details on October 19 with Google also likely to use the announcement to launch Android 12.

This all-new operating system was first announced back in May, with Google promising it would bring “the biggest design change in Android’s history.”

This all-new operating system gets a massive lick of paint, enabling users able to customise the on-screen appearance like never before. And now, it looks as if some users are one-step closer to seeing the changes arrive on their devices. Confirming that a release is imminent, Google said in a recent blog post: “Keep an eye out for Android 12 coming to a device near you starting with Pixel in the next few weeks.”

Express.co.uk will bring you all the news live from the Google event so watch this space.

Incredible treatment for cataracts must be injected into the eyeball