Google will pay $US170 million ($249 million) to settle allegations that it illegally collected data about children younger than age 13 who watched toy videos and television shows on YouTube, settling a long-running US government investigation.

In a sweeping complaint, regulators alleged Google knew that some channels on YouTube were popular among young viewers and tracked kids' viewing habits for the purpose of serving them targeted ads, ultimately raking in "close to $US50 million" from just a short list of channels that violated children's privacy laws. 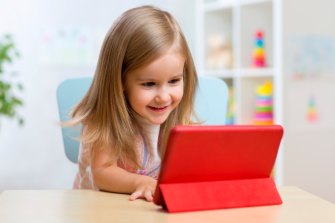 YouTube has long maintained its main service is for 13-year-olds and over, but US regulators showed it knew children were using it.

The settlement brushed aside years of claims by YouTube that it was not intended for children under 13 by citing numerous examples in which the company bragged to toy makers such as Mattel and Hasbro about its popularity among children. In one boast cited by regulators, YouTube claimed to be watched by 93 per cent of "tweens," roughly in line with independent surveys of the viewing habits of preteens.

Regulators said the settlement would force YouTube and other social media companies to be mindful when children under 13 are using their services. But a wide array of privacy advocates and lawmakers said the penalties against Google would serve as no deterrent given its massive revenues.

While the fine set a record for a violation of the US Children's Online Privacy Protection Act (COPPA), the federal law that forbids the tracking of users under 13 without parental permission, it amounted to less than two days' worth of profits for the tech giant, advocates noted.

The settlement also held no Google executives directly accountable, didn't require the company to admit guilt and left some experts fearful that it might contain a loophole allowing YouTube to avoid liability for kids' privacy missteps in the future.

"The settlement shifts far too much of the responsibility onto the content creators and not enough to YouTube, and the fine is woefully inadequate," said Josh Golin, executive director of the Campaign for a Commercial Free Childhood, an advocacy group based in Boston that was among those who filed the complaint last year.

The settlement accepts many of the claims raised by more than 20 consumer and privacy groups in an April 2018 complaint and echoes years of concerns that YouTube had become the most popular site for children while sidestepping COPPA. Privacy advocates long had pointed out that many popular channels on the site are directed to younger audiences, featuring nursery rhymes as well as videos of children unwrapping toys.

The settlement was notable for the extent to which regulators used YouTube's own statements and actions against it. They cited that YouTube's own rating system often labelled videos as intended for viewers under 13 but still allowed tracking and targeted advertising. Regulators cited the channels featuring My Little Pony, Barbie, Thomas & Friends and Hot Wheels as evidence that they were intended for a young audience.

YouTube created a separate app for children in 2015, called YouTube Kids, in part to address complaints that the main platform had too many young viewers. But regulators noted that many videos appeared on both services. The only difference was that viewers were not tracked and targeted on YouTube Kids but were when the same children's videos appeared on YouTube itself.

Along with its fine, YouTube agreed to develop a system that would require content creators to indicate if their videos are directed to kids or not, turning off tracking for targeted ads in cases where it believes a child is watching. YouTube also announced a series of additional changes on its own, including work to train its software to detect content that is kid-oriented using a type of artificial intelligence known as machine learning.

DIY fan covers floor in 7,500 pennies – and the finished result is amazing