Google Maps users are getting some vital extra features which could make them feel much more at ease when using the hugely popular service. Google has just announced two bonus upgrades which will be available on both Apple and Android devices and they are well worth your attention.

The US technology giant says this update to its Maps app will bring Incognito Mode to iPhone users and Android fans are also getting something called Bulk delete in Timeline.

First up let’s talk about the iPhone.

The Incognito setting, which stops anyone seeing personal data within the Maps app, has been around for a while on Android but this is the first time Apple users have been able to get their hands on this must-have upgrade.

Google says, “While in Incognito mode, the places you search for or navigate to won’t be saved to your Google Account and you won’t see personalised features within Maps, like restaurant recommendations based on dining spots you’ve been to previously.

“Using Incognito mode on your phone will not update your Location History, so the places you go won’t be saved to your Timeline.” 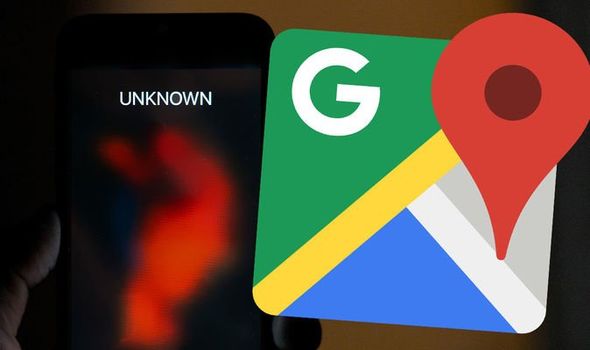 So that’s the first big change coming to Maps but what else is new?

Google has also now added something called Bulk delete in Timeline which allows you to remove multiple places from your Timeline.

Explains more about this update Google said: “The Timeline is a tool that uses your Location History to help you easily remember places and routes you’ve visited–and on Android, share them with friends.

“With bulk delete, you can quickly find and delete multiple places from your Timeline and Location History all at once.

“You’ll still have the ability to delete all or part of your Timeline by date range from your Location History settings.”

The US firm says that throughout this year, they have focused on making it easier to control, manage and delete your Location History information.

Location History is off by default, and you can now choose to delete all or part of your history automatically when you turn it on.

They also introduced auto-delete controls allowing users to choose to keep only three or 18 months’ worth of data—anything older than that will be automatically deleted.

Your Data in Maps also lets fans of service quickly access their Location History and other privacy controls with just a few taps.

Plus on Android and now iPhone, Incognito mode on Google Maps stops searches or places you navigate to within Maps from being saved to your Google Account.