SAN FRANCISCO — When Google conducted a study recently to determine whether the company was underpaying women and members of minority groups, it found that more men than women were receiving less money for doing similar work.

The surprising conclusion to the latest version of the annual study contrasted sharply with the experience of women working in Silicon Valley and in many other industries.

In response to the finding, Google gave $9.7 million in additional compensation to 10,677 employees for this year. Men account for about 69 percent of the company’s work force, but they received a disproportionately higher percentage of the money. The exact number of men who got raises is unclear.

But the study did not tell the whole story of women at Google or in the technology industry more broadly, something that company officials acknowledged.

Most significantly, it did not address ingrained issues that, according to workplace experts, cannot be overcome simply by considering how much different people are paid for doing the same job: Women and racial minorities often do not get the same opportunities and they must overcome certain biases when they are hired or compete for promotions.

Google’s latest pay analysis was conducted as the company defends itself against accusations that it systematically underpays women. It is the subject of both a Labor Department investigation into gender pay inequality, and a potential class-action lawsuit covering roughly 8,300 current and former female employees who say the company pays women less than men who do similar work.

Google has denied paying women less. But the company, which had $110 billion in revenue last year, acknowledged that compensation among similar job titles is not by itself a complete measure of equity. The company said it also needed to weigh factors like whether newly hired employees are assigned to appropriate pay levels, a practice known as leveling.

“We know that’s only part of the story,” Lauren Barbato, Google’s lead analyst for pay equity, people analytics, wrote in a blog post set to be made public on Monday. “Because leveling, performance ratings, and promotion impact pay, this year, we are undertaking a comprehensive review of these processes to make sure the outcomes are fair and equitable for all employees.”

Google said it was not possible for its pay study to compare how racial minorities fared proportionately in terms of wage adjustments because it was global and the United States is the only place where the company tracks workers racial backgrounds.

When Google managers initially considered what employees would be paid this year, they decided that more women than men should have their pay adjusted upward to account for factors like how they were compensated relative to their peers, the company said. The money in question came from a discretionary pool earmarked for such purposes.

One effect of the adjustments was to create a pronounced imbalance in compensation among lower-level software engineers, one of Google’s largest job groups, with a large number of men identified as being underpaid compared with their female peers. To offset that, further adjustments were made. Google said it saw no pattern in the reasons women were receiving more discretionary pay.

Google said it was important to be consistent in following through on the findings of its analysis, even when the results were unexpected.

Joelle Emerson, chief executive of Paradigm, a consulting company that advises companies on strategies for increasing diversity, said the pay gap correction only served “to benefit a group that is dramatically overrepresented in engineering, and that faces fewer barriers to access and opportunity in the field.” 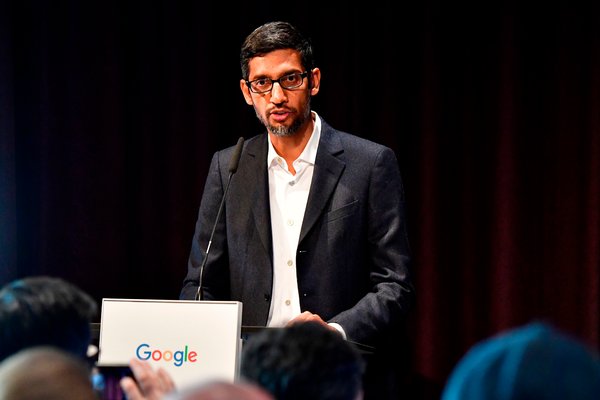 Google, Ms. Emerson said, seemed to be advancing a “flawed and incomplete sense of equality” by making sure men and women receive the same salary. That is not the same as addressing “equity,” she said, which would involve examining the structural hurdles that women face as engineers.

Google has been accused of placing women at lower pay grades than men with similar experience and background.

Kelly Ellis, a former Google engineer and one of the plaintiffs in the gender-pay suit against the company, said in a legal filing that Google hired her as a Level 3 employee — the category for new software engineers who are recent college graduates — in 2010 despite her having four years of experience.

Within a few weeks of Ms. Ellis being hiring, Google hired a male engineer for her team who had also graduated from college four years earlier. But he was hired as a Level 4 employee, meaning he received a higher salary and had more opportunities for bonuses, raises and stock compensation, according to the suit. Other men on Ms. Ellis’s team whose qualifications were equal to or less than hers were also brought in at Level 4, the suit says.

Google said it was starting to analyze how it determines which level employees are assigned to when they are hired.

Gender equality is a touchy subject at Google. The company’s work force, especially in leadership and high-paying technical roles, is overwhelmingly male and mostly white and Asian.

Google’s efforts to increase the diversity of its employees has touched off an internal culture war. In 2017, James Damore, a software engineer, wrote a widely circulated memo criticizing the company’s diversity programs. Mr. Damore argued that biological differences and not a lack of opportunity explained the shortage of women in upper-tier positions.

When Google fired Mr. Damore, the company became a target of attacks by conservatives who argued that the company was dominated by people with liberal political and social views. Mr. Damore sued Google for workplace discrimination, claiming the company is biased against white men with conservative views. The matter has been moved to private arbitration.

Google sets employees’ compensation in an annual, multi-step process. The team that oversees it uses an algorithm to suggest what an employee should be paid based on factors like performance, location and job.

Managers then have the discretion to increase the employee’s compensation, although they must provide a rationale for the decision. Such decisions are reviewed by senior managers and human resources officials.

Google said it then performs a pay-equity analysis before finalizing employee compensation for the coming year. The company has employed this process since 2012. The last time it did the survey, at the end of 2017, it adjusted 228 employees’ salaries by a combined total of about $270,000. This year, new hires were included in the analysis for the first time, which Google said probably explained the big change in numbers.

Google’s parent company, Alphabet, said it had 98,771 employees at the end of 2018. The company declined to provide the number of Google employees, but Google is by far the largest part of the company.

Google first informed employees about the findings of its latest pay study in January at an internal meeting called to discuss a memo about cost-cutting proposals that had been leaked publicly. The proposals, reported earlier by Bloomberg, caused an uproar because they included ideas like slowing the pace at which Google promotes workers and eliminating some of its famous perks.

At the meeting, Sundar Pichai, Google’s chief executive, played down the proposals as the product of brainstorming by members of the human resources staff and not things that senior managers were seriously considering, according to a video viewed by The New York Times.

But in an effort to demonstrate that Google was not skimping on wages, executives said at the meeting that the company had adjusted the pay of more employees than ever before. Ms. Barbato, who presented the findings, said that more men were underpaid was a “surprising trend that we didn’t expect.”