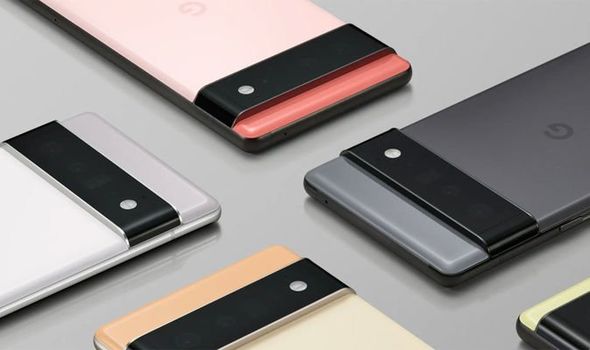 The Google Pixel 6 is the biggest smartphone release left for 2021. On October 19 the Android makers will be lifting the lid fully on the Google Pixel 6 and Pixel 6 Pro, after the Mountain View firm surprisingly announced the new flagship devices back in August. This bucked the trend of previous Pixel reveals, so fans already have a good idea of what to expect.

We know the Pixel 6 and Pixel 6 Pro are the first to feature Google’s custom-made Tensor chip, should bring with it performance improvements that touch virtually every aspect of the smartphone’s function thanks to AI and machine learning, and also boast a gorgeous new design with a striking rear camera bump.

But arguably one of the most exciting things about the Pixel 6 and Pixel 6 Pro could be its level of software support. According to a new leak, the new range of Google Pixel phones will offer five years worth of Android updates. SamMobile reported that this crucial information was revealed in a now pulled listing for the Pixel 6 on the Carphone Warehouse website.

With a generous 20GB of mobile data each month, Carphone Warehouse’s own iD network has one of the most competitive deals on the Pixel 4a around. With no upfront cost, unlimited texts and unlimited calls – this plan will let you make the most of your new handset.

Vodafone has a very compelling deal for Google fans, with a small £9 upfront fee and a very reasonable £18 a month cost, you’ll get the handset, unlimited texts and minutes.

If you don’t want to worry about running low on mobile data, Three is offering the Pixel 4a with unlimited mobile data, so you can stream music, binge boxsets on Netflix, and make endless video calls. Of course, you’ll also get unlimited calls and texts to match.