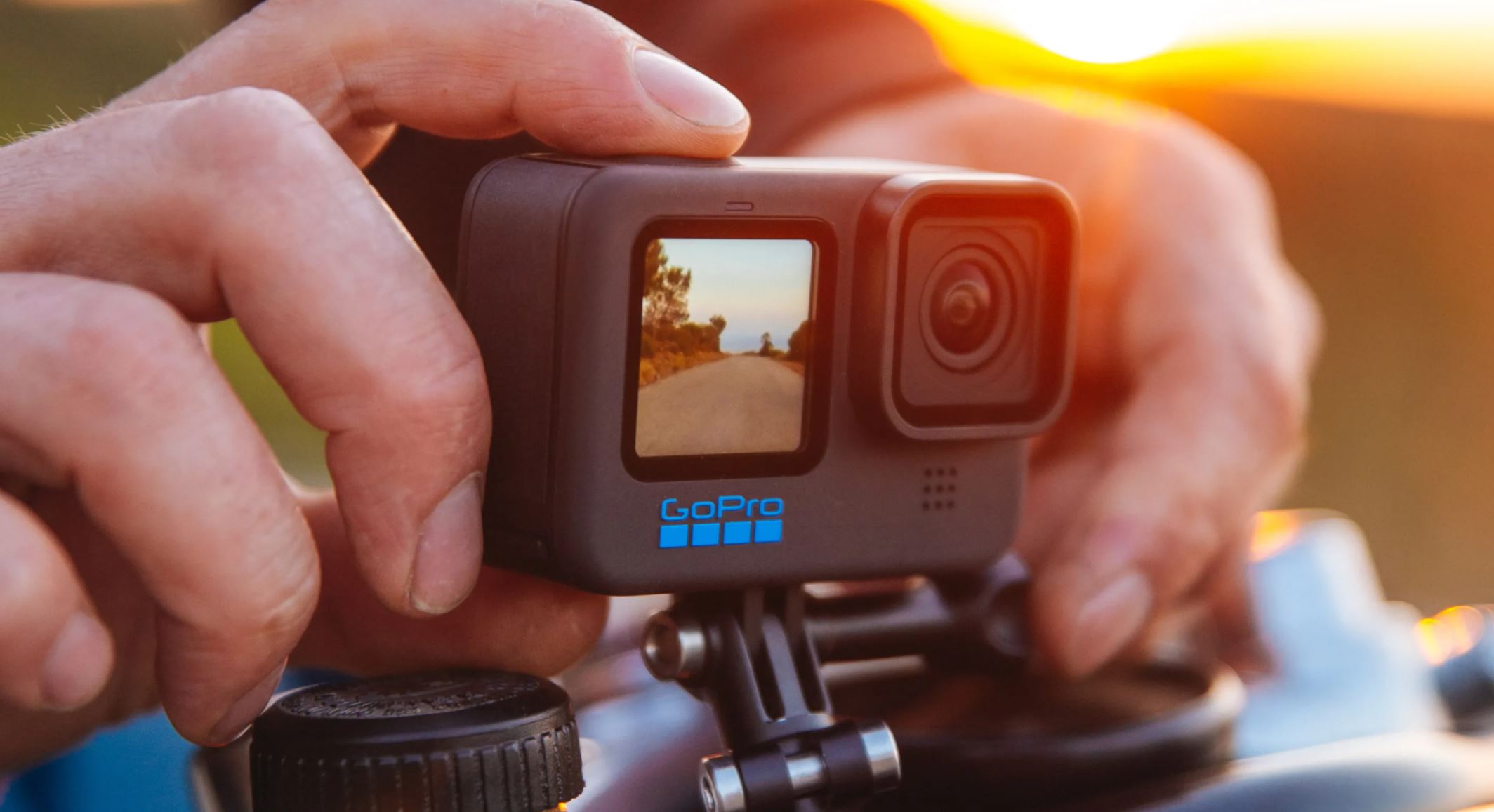 GoPro has been making portable action cameras for a long time now, and the company has gotten very good at it.

The question about whether you should get the GoPro Hero 10 isn’t really about whether it’s up to scratch (it is) but whether or not your old GoPro has given up the ghost yet.

These things are rock solid in terms of durability, so it’s understandable if you’re still using a Hero7 or Hero8 that serves its purpose.

If, on the other hand, your camera has taken a few too many spills or you’re just after another one to add to your arsenal, the GoPro Hero 10 is the answer. It’s unquestionably a GoPro and you know what you get. While this year’s offering isn’t a reinvention, it’s definitely a little more refined and a little more polished than last year’s camera.

The Hero 10 is built around the same 23-megapixel sensor as the Hero 9 but it’s got a few new shooting modes to take advantage of. You can now capture footage at 5.3k resolution at 60fps and 4k resolution at a whopping 120fps. The latter works mostly for epic, slow-motion footage that you can use as b-roll for outdoorsy adventure sports.

More importantly, GoPro has continued to refine the HyperSmooth stabilisation technology it first revealed on the Hero 7 Black back in 2018. We’re now on the fourth iteration and it’s the best action camera stabilisation tech there is. If you attach the camera to a mudguard, visor or surfboard it’s going to do its absolute best to give you smooth footage as if you were using a pro gimbal. It doesn’t take away the raw energy from the shots you get, but it makes them much more palatable for an audience.

If you do plan to take this camera out on the water, you’ll be happy to know it’s still waterproof down to 10 metres without a case and GoPro has put a new hydrophobic coating on its lens cover so you don’t just get an entire clip ruined because there are drops of water on the lens.

As for usability, GoPro says its improved GP2 SoC ‘engine’ means improved touch sensitivity on the rear screen and I found this to be the case when flicking through the menus. At first, things were a little sluggish, but the camera seemed to warm to the task as I began to use it more.

GoPro cameras are really easy to use – a lot of swiping, similar to a smartphone – which is great when you need to cycle through and find modes quickly. It’s obviously not as responsive as the smartphone you’re used to using every day, but it’s very easy to navigate and get to where you need to be. And, as with the Hero 9, there’s a 1.4-inch front LCD for vlogging.

You can also transfer footage and stills through to a laptop or tablet with GoPro’s revamped Quik app that’ll also do some basic video editing for your if you want.

The only thing you may need to worry about with the GoPro Hero 10 is the battery life and storage. If you’re shooting a lot of 5.3k/60fps you’re going to burn through both pretty fast. The GoPro Hero 10 has a removable battery and SD card so you can stack up with as many as you need – and I’d recommend a few.

Of course, if you want to pay monthly for a GoPro subscription you get unlimited cloud backups and auto uploads as standard.

Also, GoPro has just announced a forthcoming firmware update to the Hero 10 Black that should improve the battery life. The company says the firmware will be available by the end of October and owners can update their cameras using the Quik app.

Finally, on the topic of price, you’ll need to be aware the GoPro Hero 10 ain’t cheap – especially when compared to other action cameras out there. In fact, you can get a no-name action camera alternative from Amazon for £50 – whereas the Hero 10 will set you back a whopping £480. That’s no small amount considering your phone camera is probably good enough to shoot passable video footage.

The thing is, you’re paying for the best of the best. There’s no other action camera with such a vast offering of mounts, accessories and features as GoPro. The stabilisation is second-to-none and, as I said earlier, these things last for years. Providing you don’t drop them down a crevasse or something while you’re out exploring.

I’ve been a huge fan of GoPros for many years but I don’t feel the need to upgrade every year. If you’ve got a GoPro Hero 9 or even an 8, there’s no need to get a Hero 10 just yet. But if you don’t want to rely on your phone and you’ve got a few post-lockdown adventures lined up, you should absolutely look at investing in the GoPro Hero 10 Black.

Where can I buy one: It’s available to buy from Amazon here.

This article contains affiliate links. We may earn a small commission on purchases made through one of these links but this never influences our experts’ opinions. Products are tested and reviewed independently of commercial initiatives.

21 Denim Shorts You Can Actually Wear All Year Long