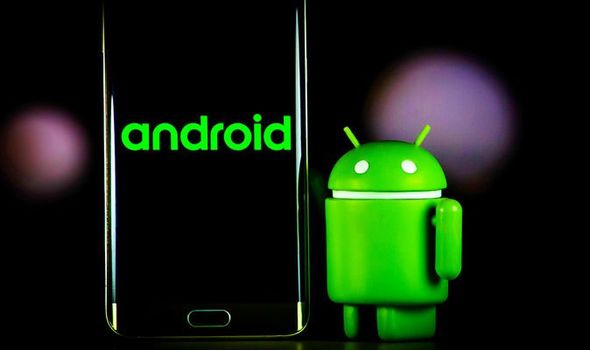 Google might’ve finally cracked it. According to the latest data from statistics firm StatCounter, Android 11 now boasts the fastest adoption rate of any version of Android. There is a caveat – this data only covers the United States. Nonetheless, this is still a monumentally encouraging statistic.

Longtime Android fans will now that the biggest problem for Google’s immensely-popular operating system is the glacial roll-out of updates. While Apple is able to flick a switch in California and push its latest operating system version – complete with new design, upgraded features, and new default apps – to millions of iPhones in a single evening, Google only has the same level of control over its own smartphone line-up, the Google Pixel. And let’s be honest, Pixel isn’t the biggest selling model in the Android world.

So, instead of everyone excitedly talking about the latest Android features and redesigns, smartphone owners have to wait for weeks and months for third-party manufacturers to add their own coat of paint to the operating system, add their own features, adapt the functionality for their own hardware. After that, the operating system – complete with its fresh lick of paint from Samsung, OnePlus, or whoever – is sent to mobile carriers to check everything will work with their cell towers.

The result of that drawn-out process? There are still smartphones from major manufacturers that haven’t received Android 11 yet – and yet Google has already published the first preview of Android 12 for developers. 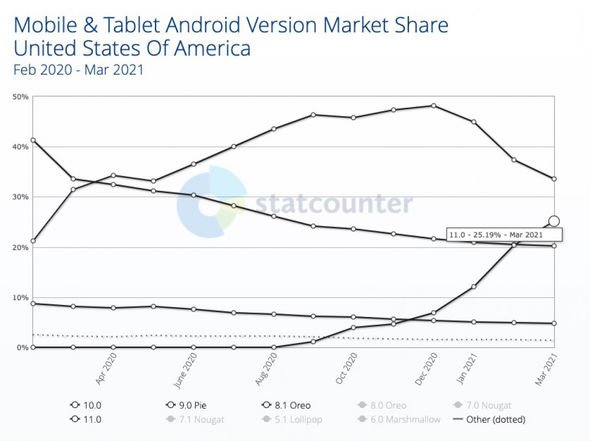 However, the latest statistics hint that might be changing. As of this month, StatCounter reports that Android 11 holds over 25 percent of the marketshare for Android mobile and tablets just 6 months after its official release. That said, its predecessor, Android 10, remains the most widely available version with a 33 percent marketshare.

When expanded to worldwide figures, Android 10 remains the undisputed leader with a 41 percent marketshare of smartphones and tablets. And in Europe, Android 11 is still playing catch-up to Android 10. However, it seems Google is getting better at fighting fragmentation with each new Android release. Of course, we won’t know the exact marketshare that Android 11 has managed to grasp until Google shares its own internal statistics. While usually very reliable, StatCounter isn’t an official source for Android.

This issue isn’t simply about aesthetics. New features can dramatically improve the experience for users, not to mention crucial security and stability improvements, which can take an inordinately long time to roll-out – even after they’ve been signed-off by Google.

With more manufacturers committing to keep their smartphones updated with new versions of software for longer periods of time (Samsung has promised major Android security updates to some Galaxy phones for four years, while Google and OnePlus have pledged to keep their handsets up-to-date for at least three years) it’s encouraging to see the roll-out of these updates picking up the pace too.

For comparison, iOS 14, which launched in September 2020 – and now runs on 80 percent of iPhones worldwide, was available to install on Apple smartphones dating as far back as September 2015. The six-year-old iPhone 6S is still being updated with new designs, features, and security updates.