Home » Technology » Have you seen this amazing 3D ad on the Piccadilly Circus billboard?

The famous digital billboard in Piccadilly Circus has been taken over by an eye-catching new advert.

Starring Rosamund Pike, the new Game of Thrones-esque series is called Wheel of Time and the tech giant is going big on promotion.

Amazon worked with London-based ad agency Amplify to develop footage displayed in three-dimensional anamorphic format to be played on the giant screens.

This makes it seem like characters from the show, including Rosamund’s Moiraine Damodred, are actually coming out of the screen towards you.

The effect was achieved by shooting customised footage with Pike specified to the Piccadilly’s famous screen. Visual effects were used to then maximise the 3D effect. 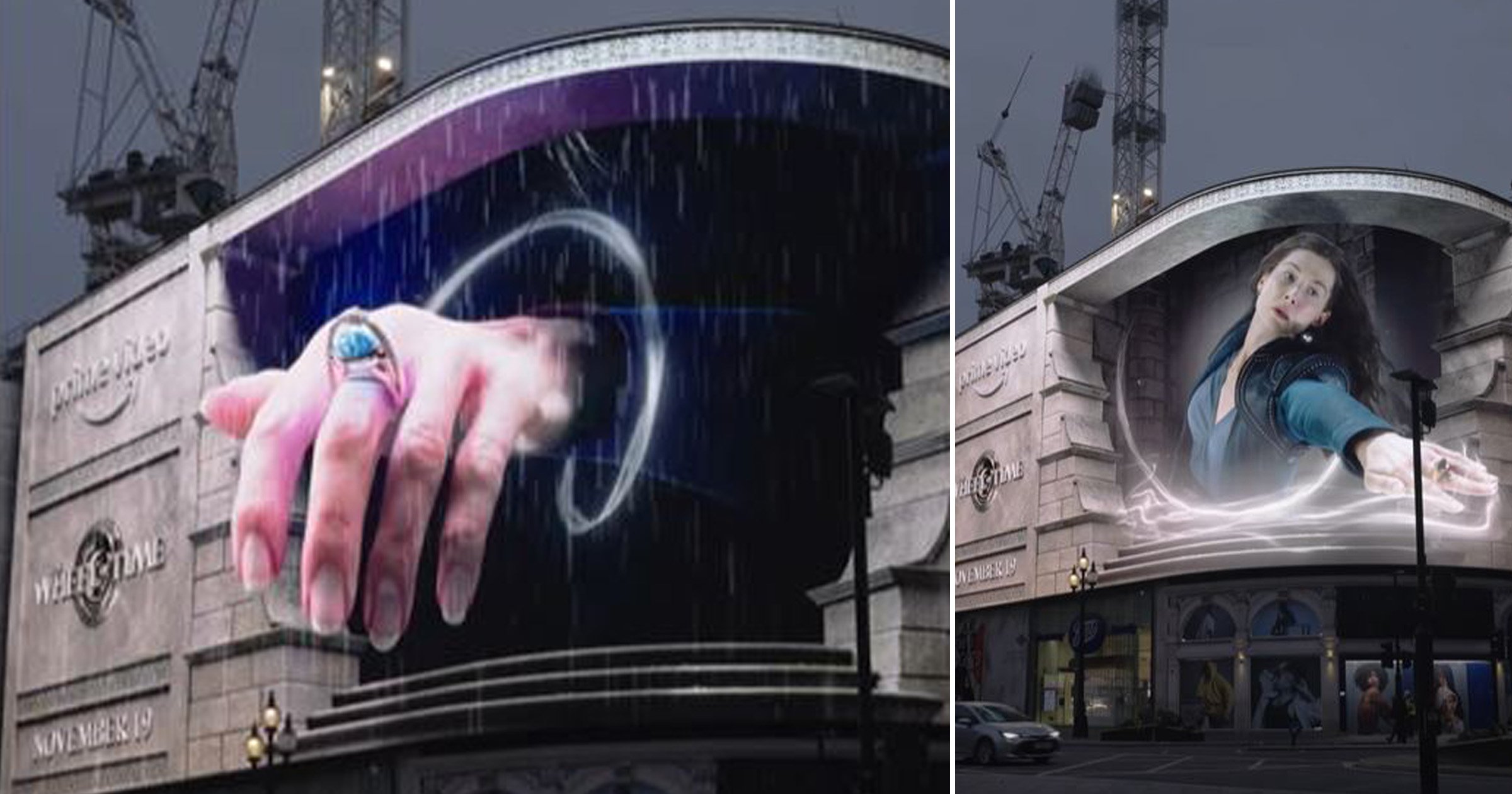 ‘The exact focal length, angle and height of each of our six global sites were matched during the live-action shoot with [Pike], which ensured exact alignment when we composited the live-action footage into the scenes,’ Greg Coleman, Prime Video’s global head of franchise marketing, told Adweek.

As well as Piccadilly Circus, Amazon is displaying the ads on billboards in Times Square in New York as well as four other sites around the world.

It reminds us of the time that Tokyo introduced a 3D advert featuring a giant cat.

A Record Number Of American Citizens Are Seeking Asylum In Canada

Butterfly numbers in the UK have plummeted and it's a crisis