For many, 2020 was full of promises of a repeat of the roaring twenties. But instead, this year has been marked by coronavirus, with people around the world shut up in their homes amid the growing pandemic that has already affected 2 million. It’s a worrying time for many, and plenty of people are looking forward to this to all being over. But it seems Siri has got many people spooked.

However, if you ask this question to Apple’s Siri feature, she has a much different answer.

In a video that has since gone viral, you can see a person ask Siri when 2020 ends.

But the user is spoked when the automated voice replies: It’s 23 hours until then 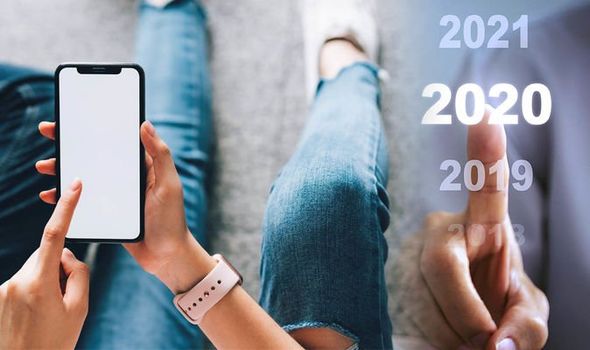 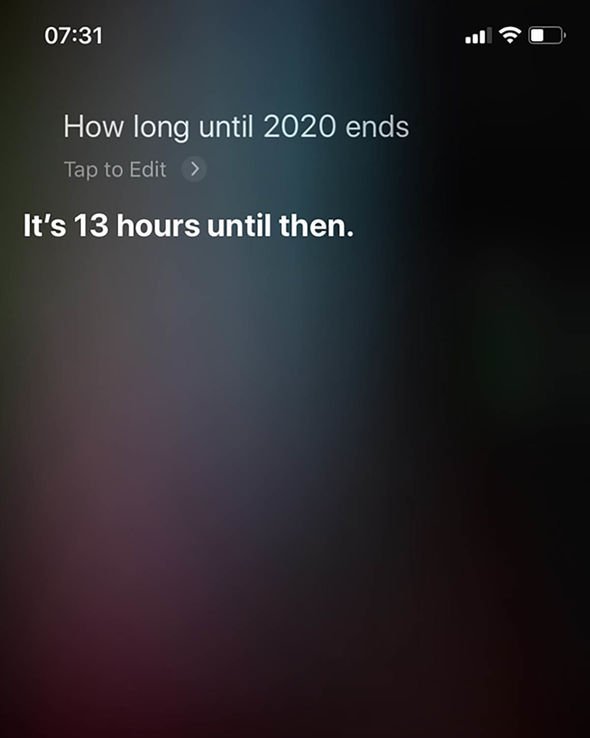 One panicked user tweeted: “I asked Siri how long until 2020 ends and she said like 10 minutes so I’m now hiding under my desk in the dark. We’re gonna die. Help.”

However, there is a simple explanation for this response.

Siri interprets the question using a 24-hour clock, meaning the bot thinks you are asking it the the time 8.20pm (or 20:00) ends. 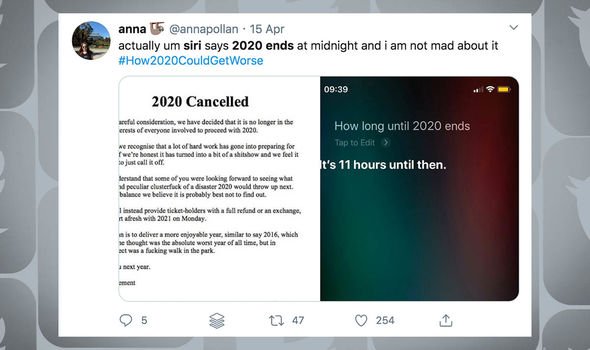 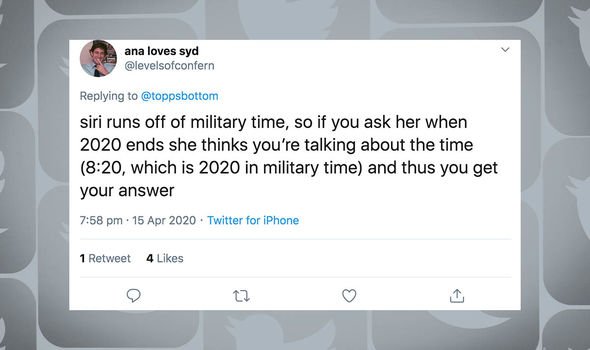 The bizarre quirk has left users in hysterics.

Another added: “Ask Siri how many hour until 2020 ends and see funny answers.”

A third posted: “People got me so confused about this whole ‘the worlds gonna end today’ shit- and your supposed to ask siri “how long until 2020 is over” and its was getting to the last hour- TURNS OUT YALL ARE DUMB AND ITS JUST TELLING YOU THE 24 HR CLOCK TIME.” 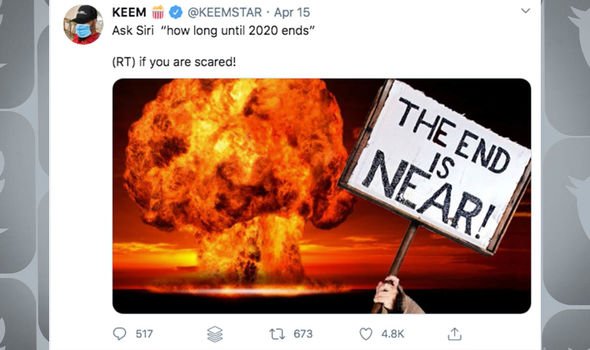 This isn’t the first time Siri caused a frenzy with bizarre predictions, however.

Siri also has some hilarious responses too. Try some of these with your iPhone: