Home » Technology » How to get your streaming recommendations back on track

Recommendations are the best part of the streaming age. Sure, we might not actually own anything anymore, artists aren’t properly getting compensated for their work, and streaming is worse for the environment than owning. But sometimes the services we subscribe to get to know us so well that they can recommend our next favourite song or TV show.

However, it only takes a few mistakes to ruin everything. 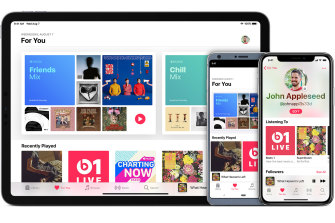 Apple Music is great at recommendations, until you let someone else use your account.

It can be the little things, like having someone else in your household forget to change back to their own Netflix profile so your recommendations have fewer teen dramas, superheroes and political thrillers, and more Korean drama, telenovelas and cooking shows.

Or it can be karmic. I laughed at a friend last year when his recommendations were ruined after he played a prank on a co-worker by having "happy birthday" play on repeat in the office overnight.

But while I’m fine to scroll past the shows my wife enjoys to get to my own questionable taste in TV, I’m still kicking myself over killing my Apple Music recommendations. It was so easy to do; the work of a moment that has taken me roughly six months to mostly fix.

Around April my mother’s phone battery died, and she came over so I could set her up with a new one. I didn’t have time to go to her place and set it up on her computer to bring all her music across, and she was concerned about having to go on her weekly run in a phone-reception-free forest in silence. And so, remembering Apple Music had imported some of the playlists she liked from my computer years ago, I signed her into my Apple Music account and downloaded her music as a temporary stop gap.

Did you know that when you download something from Apple Music, it assumes you really, really like it? So much so that it will override years of good taste?

I rely on my personalised Apple Music radio station for music while I work, because it’s a good mix of old and new. It’s how I’ve discovered great bands like Conquer Divide, Rivals and Hayley Kiyoko. My music taste ranges from country to metal, but can mostly be described as "angry women who make poor romantic choices emote over enthusiastic drums".

After this fateful incident, though, my radio station changed from being a best of Sleater-Kinney, Grace Potter and Pvris to primarily featuring 1940s blues music and Glee covers. Both are great in small doses, but they’re not my first choice for every day.

My first attempt to fix it involved deleting some downloaded playlists so I could re-download them. But the algorithm put more importance on the deleting and started playing my music even less. Removing my account from Mum’s phone didn’t help either, because it just assumed I got a new phone (and I don’t want to completely delete the playlists from the account because they’re useful for family events). Not even saying I didn’t like the interlopers helped, which made no sense.

So, I deliberately went out of my way to start actively discovering new music I liked, downloading it, and then making new playlists, and that appears to be the secret solution.

Now, months later, I have a bunch of great playlists for all occasions, I’ve discovered even more bands I like, and only three Glee songs have come on while I’ve been writing this article.

Getting my recommendations back on track was a lot of work. I don’t think the journey will ever end — Rachel Berry will still be imploring me to not stop believing when I’m on my deathbed— but I discovered some good music along the way, and felt my taste go in some old New Directions.