Home » Technology » How to watch Amazon Prime on your TV, smartphone and tablet – and enjoy Jack Ryan online

Jack Ryan smashes his way onto our screens as the latest tentpole TV show to come exclusively to Amazon Prime. John Krasinski joins a long list of famous actors as he navigates the murky world of international espionage as Jack Ryan, made famous from the hit 80s movies Patriot Games, The Hunt for Red October, and The Sum of All Fears.

Just the latest in a huge list of great exclusives, Jack Ryan is only available to watch on Amazon Prime Video, the subscription-based, on-demand TV service from Amazon.

If you’re not familiar with the Netflix and Hulu rival, it provides unlimited access to more than 15,000 movies and TV shows, for a fee of course. The first streaming service to offer high dynamic range content (expect brighter colours and enhanced areas of shadow), Prime Video is bundled in when you sign up for an Amazon Prime account, the honour of which will set you back £79 a year. 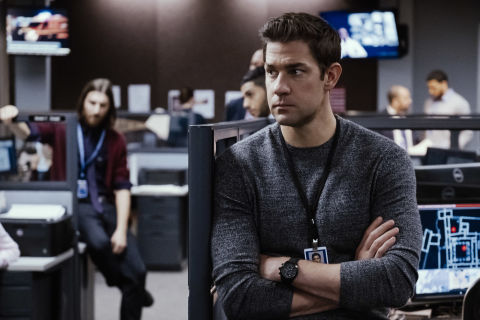 Crunch that price down to a easy-to-digest monthly cost of £5.99 if you prefer to spread the cost.

It’s not just about Jack Ryan either. With a number of original series including Lucifer and The Purge thrown into the mix, Prime is another service provider you need to keep your eye on. Here’s how you can watch Amazon Prime on your TV, smartphone and tablet.

How to watch Amazon Prime on your TV

Just like Netflix, Amazon has Prime Video apps available for all manner of connected TVs, Blu-ray players, cinema systems and games consoles, meaning whatever home setup you have, you should be covered.

The platform is compatible with more than hundreds of devices, a full list of which can be found in Amazon’s support pages. If you have a recent model Smart TV, set-top box (Roku, Google TV, TiVo, Nvidia Shield), or a modern console, you will be able to log in and binge the latest show.

The app can be downloaded – for free – from your TV’s respective app store. Once you’ve signed in with your membership details that’s it, you’re set and ready to enjoy some streaming action.

Getting into the Amazon Prime way of life is just as straightforward for console owners, with dedicated apps available for PS3, PS4, Xbox 360 and Xbox One. Even those with a Wii or Wii U still sat under their TV can get in on the action.

Buy Amazon Prime for £79 a year 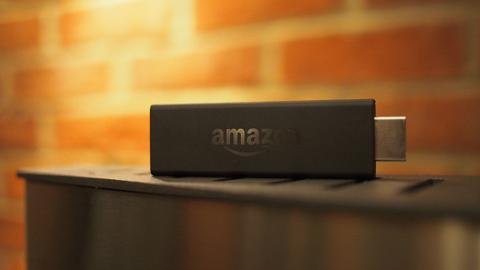 How to watch Amazon Prime without a Smart TV

If your home entertainment system is a little out of date and in need of some serious sprucing, fret not, Amazon has got your back with a couple of affordable own-brand, internet-connected hardware additions to give you instant Prime access.

Amazon Fire TV is a £69 set-top box turned micro-console which lets you both live stream and enjoy a bit of big screen app-based gaming. By contrast, the £39.99 Fire TV Stick is a stripped-back answer to Google Chromecast.

You can even grab hold of a 4K Ultra HD Fire TV Stick for £69.99 to get the best possible quality

Pleasingly, both come bundled with a free 30-day Prime trial and if you plump for either, you’re not going to be locked down to just Amazon’s content services. The connected tools let you download and enjoy services such as Netflix, BBC iPlayer, Vevo and, if you’re really desperate for something to watch, Demand 5. 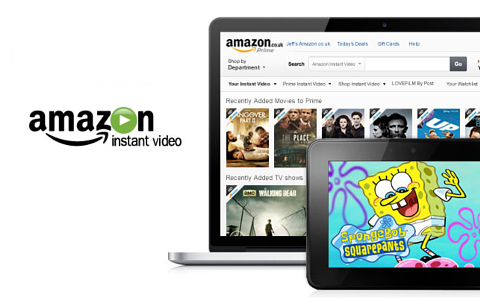 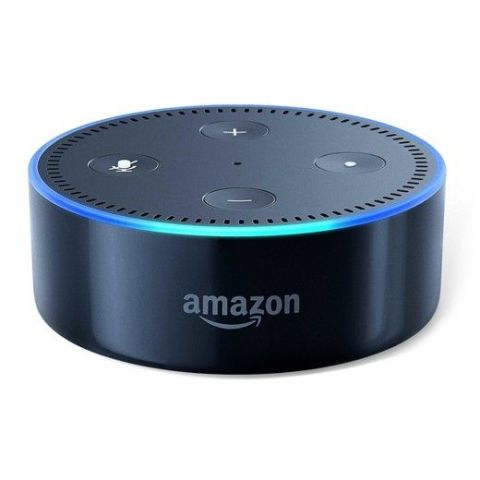 It’s worth mentioning here that if you’re already the owner of an Echo or Echo Dot smart speaker, Alexa can now be used to control your Fire TV box or Stick. You can search for specific shows or music, pause what you’re watching, skip forward a few minutes, or just ask Alexa to find something interesting for you.

If you don’t fancy forking out £49 for an Echo Dot or £89.99 for a standard Echo, then you may be better off with the simple Alexa-enabled remote from Amazon, which costs as little as £19.99.

How to watch Amazon Prime on your smartphone or tablet

Watching Prime Video content on your mobile devices couldn’t be simpler. Just download the designated app, pop in your password and start enjoying hour after hour of TV and film goodness; that’s it, yes, really.

Prime videos can be enjoyed on all Android smartphones and tablets, each and every iPad, iPhones from the 3GS upwards and even the three most recent iterations of the iPod touch.

If you run one of Amazon’s own brand tablets such as the Kindle Fire HDX or, heaven forbid the Amazon Fire Phone, the Prime Video app should be sat front and centre on your UI homepage – making it even easier to sign up and splash the cash.

You can, of course, also enjoy Amazon Prime Video on your laptop or desktop, just by pointing your browser in Amazon’s direction. 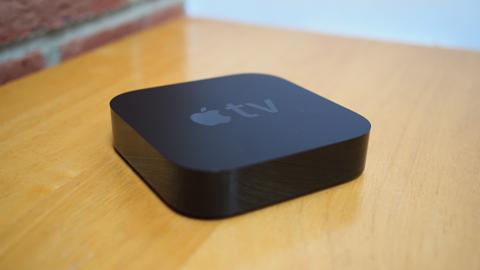 Can I watch Amazon Prime on Apple TV?

Unlike Apple’s iPhone and iPad lines which have readily adopted Amazon Prime playback, the Cupertino-based company’s own set-top box continues to shun the rival service.

Just because there’s not a dedicated Amazon Prime app for Apple TV doesn’t mean you can’t still enjoy a cross-service collaboration, however. There is a workaround, and pleasingly isn’t not too tricky.

Making use of Airplay, Apple’s cross-device steaming service, iPad or iPhone owning Amazon Prime customers can simply mirror their iDevice’s screen on their TV through the Apple TV box. Run the iPhone Prime app, cast it to the Apple TV box and you’ve got a fix of sorts.

If you’re lacking one of Apple’s mobile devices as well as an Apple TV, however, you’re out of luck, sorry. 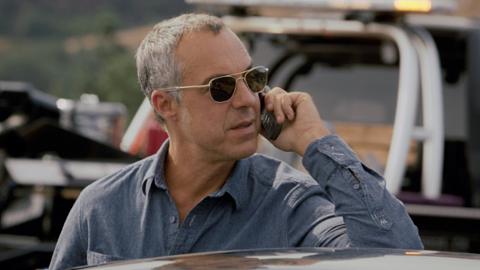 What to watch on Amazon Prime

While Netflix continues to ride the wave of Breaking Bad fandom and originals including Orange is the New Black, House of Cards and Better Call Saul, Amazon can hold its own on most fronts.

Vikings is a Norse drama that has hooked in legions of fans, and there’s also the critically acclaimed American Gods by writer / genius Neil Gaiman.

Alpha House is Prime’s original answer to HoC while streaming exclusives Lucifer, The Marvelous Mrs Maisel, and Jack Ryan are all big draws.

It’s not just about exclusive access though. Sometimes you just want to kick back with a flick or box set binge. Here, the likes of Arrow, The Walking Dead and Suits have you covered.

If the 15,000 included movies and TV shows aren’t enough to abate your high-maintenance demands, there are more than 50,000 additional bits of content to pick and choose from. Sadly all of these come with additional costs. 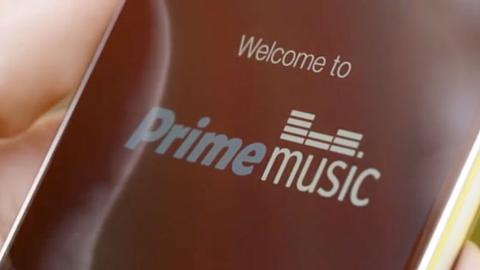 The other Prime perks

While Tom Clancy fans will no doubt flock to see catch the latest action in Jack Ryan, the service is about far more than simple TV and movie streaming.

As part of the £79 per year service, subscribers can make use of a number of added perks. First and foremost of these is free speedy delivery on any and all purchases made through Amazon’s store. If you’re signed up to Prime, all of your goods, no matter how big or small, expensive or affordable, will be with you within 48 hours.

This is just the tip of the ever-giving iceberg. Throw in access to Amazon Prime Music, a Spotify and Apple Music rival with complimentary access to more than 1 million tracks, unlimited photo storage, early deals access and the ability to borrow books from a digital library more than 800,000 strong, and that £79 annual outlay starts to seem a whole lot more reasonable.

If you’re not interested in all the other gubbins, standalone Prime Video access can be snapped up for £5.99 per month – although why you wouldn’t pay the extra £7.12 per year for everything else is beyond us.

Still not sure if Prime is for you? Well, you can always give it a try, for free, for 30 days. Just make sure you remember to cancel before the trial ends or you’ll be stuck with an unwanted charge – those pesky money grabbers.

Could a decent local pub boost house prices near you?