Home » Technology » IBM, Seeing Its Future in the Cloud, Breaks Off I.T. Unit

IBM, throughout its 109-year history, hasn’t often led technology trends. But it has adapted and eventually prospered time and again.

It is trying to go the adaptation route once again.

IBM on Thursday acknowledged the challenge and embraced the opportunity for the company in the accelerating shift to cloud computing. The company said it was spinning off its legacy technology services business to focus on cloud computing and artificial intelligence.

Arvind Krishna, who became chief executive this year, called the move “a landmark day” for IBM, “redefining the company.”

The split-up strategy reflects how decisively computing has shifted to the cloud. Today, nearly all new software is being created as a cloud service, delivered over the internet from remote data centers. The computing model affords corporate customers more flexibility and cost savings, sold as a pay-for-use service or annual subscriptions.

IBM was late to the cloud market, which was pioneered by Amazon when it began Amazon Web Services in 2006. But IBM in recent years has made a major push into cloud services and software, punctuated by its $34 billion purchase in 2018 of Red Hat, a distributor of open-source software and tools used by cloud developers.

IBM is tailoring its cloud strategy to help corporate customers make the transition to the new technology and thus carve out a fast-growing and healthy business amid the market leaders: Amazon Web Services, Microsoft and Google.

The main business, retaining the IBM name, will be its cloud operations, along with its hardware, software and consulting services units. They represent about three quarters of IBM’s revenue. 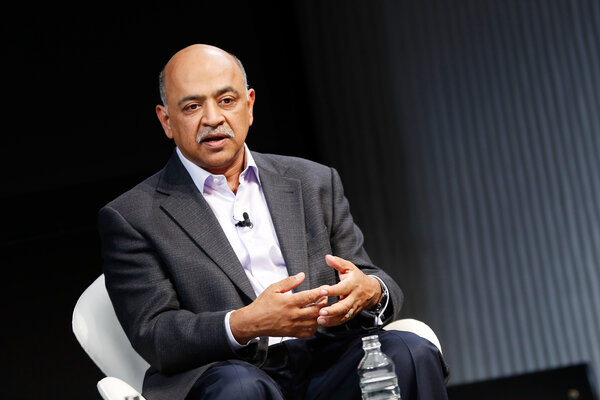 The business to be spun off, which is not yet named, is IBM’s basic technology services business, which maintains, supports and upgrades the computing operations of thousands of corporate customers.

That business is sizable, with sales of about $19 billion a year, and will become a separate public company. But that business is not where the growth opportunities lie in the technology business.

IBM has been unable to generate overall growth for years, disappointing investors. Last year, the company’s revenue declined by 3 percent, to $77 billion.

IBM’s performance has been held back by the erosion of its old-line businesses, even as newer businesses like cloud grew.

Over the years, IBM has repeatedly sold off businesses whose profitability was waning to focus on more profitable products and services. Personal computers, disk drives, chip manufacturing and some technology services have been shed.

But spinning off the technology support operation as a separate company is a particularly big step. “IBM’s future is as a smaller company, more of a niche technology company,” said Michael Cusumano, a professor at the Massachusetts Institute of Technology’s Sloan School of Management.

The corporate split, Mr. Krishna said, was intended to “unlock growth” for the more focused IBM, adding that company should deliver “mid-single-digit” revenue growth over the next few years.

Mr. Krishna said in an interview that the split-up was the culmination of IBM’s increasing focus on cloud and A.I. as engines of growth. The strategic question, he said, was: “What do I not need?”

The answer was the services business that supports and maintains technology for corporations. IBM says that business, as a separate company, should have more financial flexibility since it will no longer have to compete for funding from the corporate parent.

Mr. Krishna declined to predict how the spinoff would affect employment. But the technology support business has been trimming employment recently.

The company has positioned itself as a champion of a “hybrid cloud” approach. It is trying to take its corporate customers into cloud computing without abandoning their old technology altogether.

So IBM has chosen the hybrid path and portrayed itself as the Switzerland of the cloud market, able to plug into the internet clouds of Amazon, Microsoft and Google, as well as the IBM cloud.

The services arm that is remaining inside IBM does a big business in writing specialized software for its many corporate clients. “IBM’s cloud strategy has got to dovetail with its custom software development,” Mr. Cusumano, the M.I.T. professor, said.

Jennifer Lopez, 49, looks sensational in sexy new video as she writhes around in a bikini

The Big Bang Theory season 12 spoilers: Leonard and Penny to EXIT ahead of group split?