Home » Technology » If the new iPhone SE 2 looks this good, Apple fans are in for a serious treat

Rumours about Apple’s new iPhone SE 2 have been swirling around the web for months. Many had expected the US technology firm to announce details of a cheaper call maker earlier this year but nothing materialised during any of its global events.

Although the only iPhones to be revealed during 2019 were the flagship iPhone 11 and iPhone 11 Pro the speculation around a SE 2 hasn’t subsided.

In fact, recent rumours have speculated that a launch could be imminent with a report from Japanese blog Macotakara suggesting that 2020 could be a big year if you want a cheaper iPhone.

Macotakara, who has a strong record of getting all things Apple correct, has cited insider sources who say a new budget phone will arrive next year.

However, in a move that may surprise some, it won’t be called the iPhone SE 2 with the report revealing that Apple will choose the iPhone 9 name instead.

With Apple switching straight from the iPhone 8 to the iPhone X in 2018, there has never been an iPhone 9 released onto the market – but that could change in the coming months.

JUST IN: Got an iPhone? Here are all the Best Apps YOU need to install 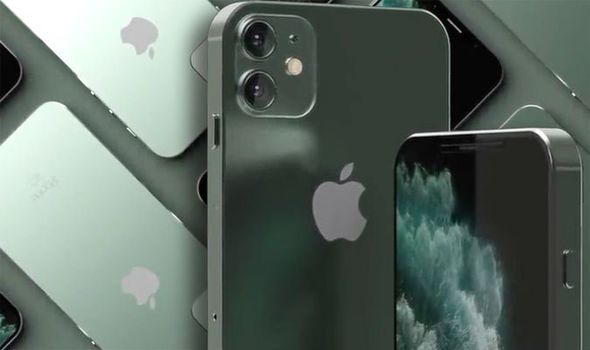 Features that may arrive on the device include a speedy A13 Bionic processor which would make this lower-cost model as fast as its more expensive siblings.

Although there’s nothing official from Apple about the release or features on this new iPhone a new video has appeared online which could give fans their first glimpse of what’s to come and it could be what many have been waiting for.

Posted on YouTube by ConceptsiPhone, the short clip reveals a device with a dual-lens camera which is similar to that found on the iPhone 11 and there’s also the same Midnight Green colour scheme as the iPhone 11 Pro.

A stunning display which covers every inch of the device can be seen in the clip which would allow Apple to cram a larger screen into a device that’s still small enough to fit on the palm of your hand.

Of course, this concept should be taken with a massive pinch of salt as this is not the first time such videos have been posted online.

However, with all of the new iPhones featuring larger screens, many are still looking for a smaller device.

And if Apple does announce an iPhone SE 2 (or iPhone 9) it could prove to be massively popular.

Jennifer Garner's Response to "Thank U, Next" Was So Totally Awesome, It Made Ariana Scream

How healthy is double screening in the age of constant distraction?