Home » iOS 14.5 available to download now. These are the biggest features coming to your iPhone 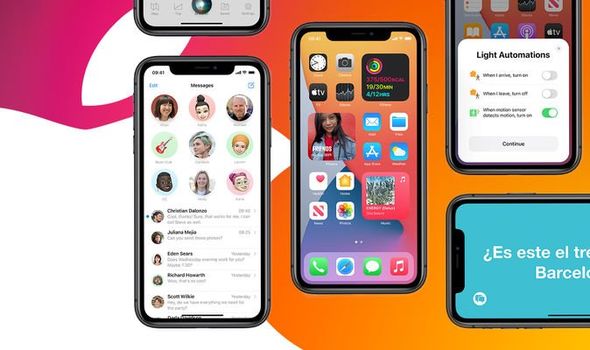 Apple confirmed that iOS 14.5 would be coming to iPhone owners worldwide following its first event of 2021 last week. During the 60-minute presentation, which was streamed online, Apple announced a number of new gadgets, including a redesigned iMac, an updated iPad Pro with as much power as a MacBook, a new colour for its iPhone 12 and AirTags. The latter can be attached to wallets, camera bags, rucksacks and more – bringing these real-world objects into the Find My app on iOS to help track the location whenever they’re misplaced.

AirTags require iOS 14.5 before they can be set-up and used on your iPhone. Pre-orders for these trackers, which cost £29 for a single AirTag or £99 for a four-pack, launched at the end of last week, with the first units expected to be dropped in the post in the coming days. As such, it makes sense for Apple to make its iOS 14.5 update available today. That means most iPhone owners should have downloaded and installed iOS 14.5 by the time AirTags are available on Apple Store shelves from April 30, 2021 onwards.

If you’re ready to check out iOS 14.5, you should head to Settings > General > Software Update. Be warned though, whenever Apple flips the switch on these feverishly-anticipated operating system upgrades, it can take a little while to appear. With millions of iPhone owners trying to get their hands on the new operating system right now, it might be worth putting down your handset and trying again in a half-hour or so.

If you have been lucky enough to start your iOS 14.5 download, here are the best features you can expect to see coming to your iPhone today.

Apple is bundling more than 200 new emoji with the new operating system to help jazz-up your text messages. Some of the biggest changes to the emoji library in iPadOS 14.5 resolve around skin tones. The pictograms for couples can now be customised so that each member of the couple has their own distinct skin tone.

Until now, these emoji were still restricted to the default Simpsons-like yellow shade. Apple added the same feature to the icons of couples holding hands back in late 2019.

There are new smiley-style emoji to represent someone exhaling, a face with spiral eyes, and a face covered with clouds. Hearts are some of the most popular emoji, so Apple is adding a heart on fire and one patched-up with plasters. As well as the new additions, Apple has also tweaked some existing emoji. 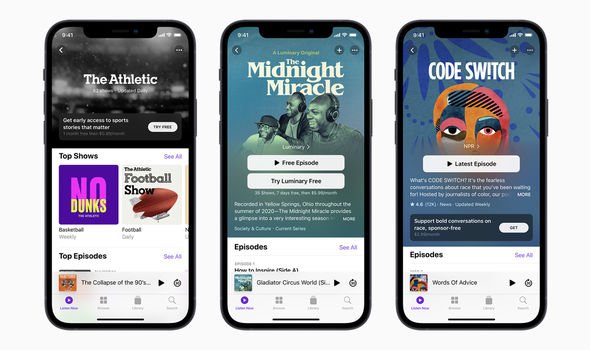 Most notably, it has removed the two droplets of blood falling from the needle in its syringe emoji, ostensibly to make the whole process seem a little less… bloody. The fluid inside the syringe is changing from red to clear too. People have been increasingly turning to this emoji to represent vaccination, so this change makes the icon look a little more like an Oxford-AstraZeneca shot, and not a blood sample.

A completely redesigned Podcasts app is also coming in iOS 14.5. Apple has overhauled the look of the app, which now includes show and episode pages that look closer to what we see from music streaming service Apple Music. Not only that, it will offer Podcast listeners the chance to pay a subscription fee to unlock advert-free episodes as well as exclusive content.

In addition, Siri no longer has a female voice by default and will now offer more diverse voice options in English.

While helpful at reducing the spread of coronavirus, face-coverings are pretty unhelpful when it comes to Face ID, which is found on iPhone X, iPhone Xs, iPhone 11, iPhone 12 and the iPad Pro range. It scans your face to authenticate contactless payments, unlock the handset, and open secure apps – like mobile banking.

With iOS 14.5, Apple will allow Face ID to unlock your smartphone whenever it detects a face-covering blocking its scan. To do this without making your iPhone less secure, Apple will look for an unlocked Apple Watch in close proximity.

If the software determines that your Apple Watch is close enough to be on your wrist, unlocked and signed in with the same Apple ID account, it will let Face ID work. That means you’ll be able to check your bank balance before paying with a card, answering WhatsApp texts and check a shopping list on your iPhone without resorting to a PIN code to unlock your smartphone each time.

Man fighting for life after falling from university building

Modern Family's Sarah Hyland and Ty Burrell to reunite in new surrogacy sitcom Yours, Mine & Paul

'The Falcon and the Winter Soldier': Emily VanCamp Reveals the 'More Intense' Part of Filming

The Volunteer scoops 2019 Costa Book of the Year award