Home » Technology » iPhone 13 hasn’t even been released, but Apple is already warning of shortages 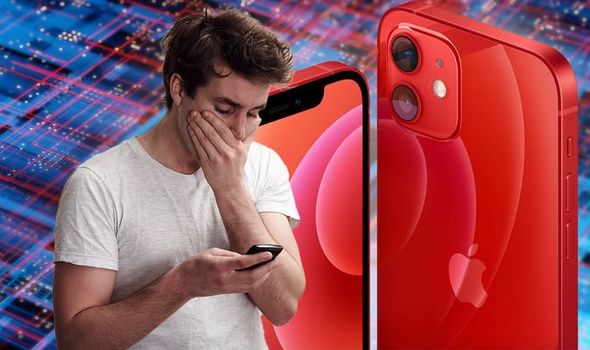 Apple’s quarterly earnings calls are always a bonanza of new information, but while the biggest news is usually the mind-boggling number of iPhones, iPads and Macs shifted from store shelves in the last three moths, this week’s edition was a little different. That’s because Apple used the opportunity to make a shock warning for iPhone fans.

CEO Tim Cook cautioned that Apple could struggle to meet demand for its iPhone and iPad range over the next three months – potentially hitting the hotly-anticipated new iPhone model, which usually arrives in September. The latest iPhone can be tough to get your hands on at the best of times, so the extra pressure on factories could make bagging an iPhone 13 on launch day even harder than usual.

The reason? A global shortage of chips, the electric “brain” which powers computers and smartphones, will soon start to impact iPhone production.

It is already causing problems with the company’s Mac and iPad ranges, but this is the first time Apple has admitted it will affect its biggest cash cow – the iPhone – too. Apple expects the chip shortfall will create problems for the supply of all iPhones models around the world.

However, the Cupertino-based company wouldn’t say exactly how badly, or when production will go back to normal. That means if you’ve been waiting patiently to upgrade when the iPhone 13 range is inevitably announced this September, you could be right out of luck.

Cook blamed some of the supply problems on surging demand for its products, saying: “We do have some shortages … where the demand has been so great and so beyond our own expectation that it’s difficult to get the entire set of parts within the lead times that we try to get those.”

The company isn’t facing these problems alone, though. Dozens of other electronics manufacturers have been caught up in the crisis. Microsoft’s Xbox and PC products have already hit by the downturn. Sony recently postponed the launch of a new camera because of the shortage – and is desperately struggling to keep the PlayStation 5 in-stock.

Samsung shelved the latest entry in the Galaxy Note series, which typically arrives in August, because there aren’t enough chips available to make the launch of another flagship smartphone line feasible this year. Japanese car maker Nissan said today it would make half a million fewer vehicles this year because of the problem. Its CEO told CNBC: “Knowing the current situation … we cannot be optimistic. I think this is day-by-day still.”

The chip crisis is mostly down to – you guessed it – the Covid-19 pandemic. Those of us stuck at home upgraded our tech, buying new gaming consoles, home-working kit and computers.

Taiwan, where many chips are manufactured, is also going through its worst drought in decades, slowing down production. Meanwhile, the cryptocurrency boom means wannabe millionaires are buying up thousands of video cards to mine Bitcoin and Ethereum.

The dramatic announcement came despite an otherwise excellent few months for Apple. The tech giant’s sales soared 50% compared to this time last year, thanks to a huge demand for its 5G phones. It achieved sales of $39.57 billion (£28.52bn) between April and June. We hope it puts some of that cash towards getting us iPhones in time for Christmas!