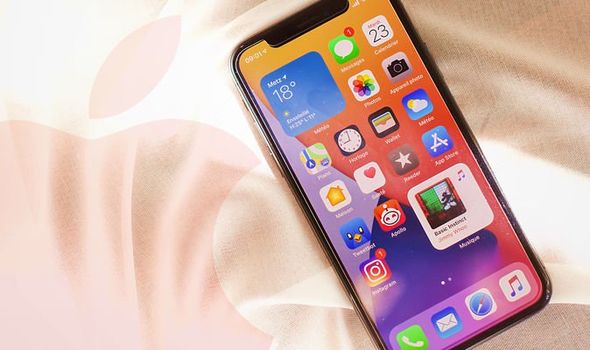 September is usually a pretty exciting month for iPhone owners: Apple typically reveals a first glimpse at the next generation of the flagship smartphone (with a glossy advertisement that inevitably makes your one-year-old iPhone look decades old), unveils other i-branded gadgets, invites people to queue outside its retail stores to be the first to get their hands on the latest handset, and pushes out a refreshed version of the iOS mobile operating system that powers the iPhone.

But things are going to be a little different this year (which should pretty much be the tagline for 2020 by this point). In its latest quarterly earnings call, Apple confirmed that its next-generation of iPhones will be delayed due to the ongoing pandemic. Apple Chief Financial Officer Luca Maestri told investors: “As you know, last year we started selling new iPhones in late September. This year, we project supply to be available a few weeks later.”

Reading between the lines, it sounds like iPhone 12 and iPhone 12 Pro (as both new handsets are rumoured to be branded) won’t hit store shelves until October at the earliest. However, if you’re perfectly happy with your existing iPhone model and aren’t looking to upgrade to the latest and greatest from the design lab in Cupertino, California – there is some good news.

Despite some initial concern, the latest reports suggest that iOS 14 will launch in September – exactly on schedule.

According to sources speaking to Bloomberg, Apple still plans to roll out its latest software release this month. Apple usually releases the latest version of iOS in the week following its keynote presentation – a few days before the new iPhone models arrive in stores around the globe. Last year, iOS 13 was pushed to devices worldwide on September 19, 2019, so we could see iOS 14 hit iPhones around the mid-point of this month.

MORE LIKE THIS
No iCloud storage left? You can back-up your Apple iPhone for free 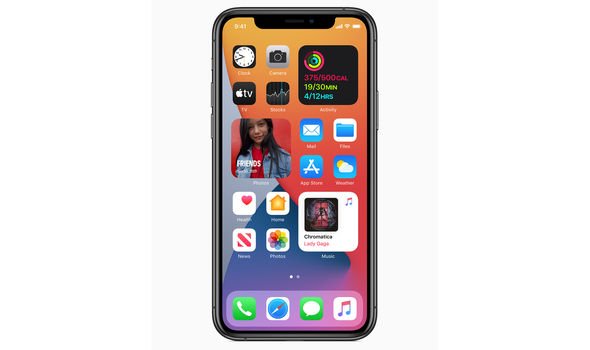 iOS 14 will be available to a huge number of iPhone owners. The all-new operating system, which brings a number of design improvements and expanded functionality, will run on the iPhone 6S, iPhone 6S Plus, the original iPhone SE, and everything released since. In a nutshell, if your smartphone is currently running iOS 13, you’ll be able to use iOS 14.

Exactly when you’ll be able to download the update is still unclear. However, if the report from Bloomberg is accurate, we’d expect to see Apple announce the release date for iOS 14 during its September keynote, where the Californian giant is also tipped to reveal two new Apple Watch models, a drastically redesign iPad Air, a diddier HomePod smart speaker, and a revamped Apple TV to watch the latest Apple TV+ shows, including Ewan McGregor’s latest motorbike odyssey.

With iOS 14, Apple says it has “fundamentally rethought” the core elements of the operating system. First up, Apple will automatically organise all of your apps with a new feature known as the App Library. This sits to the right of the final page of your apps and keeps every app on your iPhone safely stored in folders, which are sorted automatically by categories – like Recently Added, Social, Health and Fitness, and more.

On-device artificial Intelligence will surface the apps that it believes you’ll need to access based on the time of day, your daily habits, and current location at the top of the App Library page. There’s also a search field if you’re still struggling to find what you’re looking for.

What does all of this mean? Basically, you won’t have to have every single app installed on your iPhone listed in dozens of busy pages of app icons. You can have a few pages of your favourite apps – and then everything else can be automatically squirrelled away in App Library. This is something that Apple has resisted for years and should make your iPhone homescreen less busy following the update to iOS 14.

But perhaps the biggest change to the homescreen in iOS 14 is Widgets. 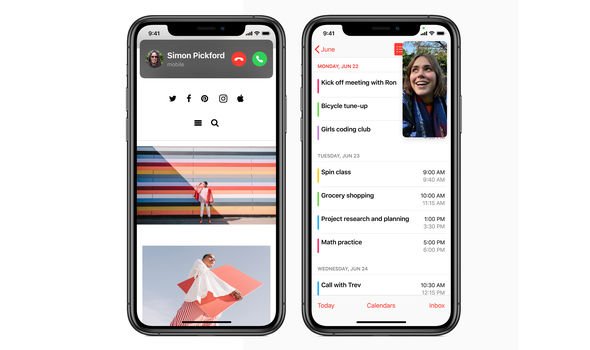 Just like Android users have enjoyed for over a decade, iPhone owners can now add widgets in-between the iconic grid of icons. Widgets are available in a number of different sizes and let you quickly glance information without having to launch the app – like the latest weather report, news headlines, upcoming calendar appointments, and more.

Smart Stack is a new Apple-designed Widget that surfaces the information that it believes you’ll need right now. Like the App Library, this is picked-out by on-device Artificial Intelligence based on the time of day, your habits with your iPhone, and current location. So, if you always kickstart a Spotify playlist when you disembark at the station on your commute to work – it should surface a one-tap way to launch your music streaming.

Just like on iPad, iOS 14 brings picture-in-picture video to the iPhone for the first time. So, you’ll be able to continue watching a live stream or trailer while you continue to whizz around your iPhone to text friends, check directions, and more.

“iOS 14 transforms the most iconic elements of the iPhone experience, starting with the biggest update we’ve ever made to the Home Screen,” said Craig Federighi, Apple Senior Vice President of Software Engineering. “With beautifully redesigned widgets on the Home Screen, the App Library that automatically organizes all of your apps, and App Clips that are fast and easy to discover, iPhone becomes even more powerful and easier to use.”

Siri has also been redesigned so that activating the chatty AI assistant won’t takeover the entire screen with its colourful interface. With iOS 14, the assistant just sits at the bottom of the iPhone screen to let you know that it’s heard your request – but not so obtrusive that you can’t continue with what you were already doing on your handset.

iOS 14 also brings changes to Messages – the default text app on iPhone. Dubbed Conversations, a new feature lets you pin your most frequent conversations to the top of the Messages app. 20 new hair and headwear options will be coming to MeMoji – as well as a COVID-19 inspired facemask that lets you customise your virtual avatar.

Inspired by WhatsApp, Apple will now let Messages users reply to individual text messages in a thread, so it’s easier to keep track of what question someone is answering in a busy group chat. Messages will also let you tag a specific contact so it’s clear who the text is directed at.

UK, Ireland and Canada will also get an improved Apple Maps experience later this year. Apple has slowly been rebuilding its entire navigation system with much, much more detail. And now those improvements are coming to Blighty. Cycling directions are also coming soon to the Google Maps rival. Electric vehicle routing adds charging stops along a planned route based on current vehicle charge and charger types. An all-new Guides feature provides a curated list of interesting places to visit in a city, created by a selection of trusted resources.

RS Recommends: These $49 AirBuds Pro Are Giving Apple's AirPods a Run for Their Money