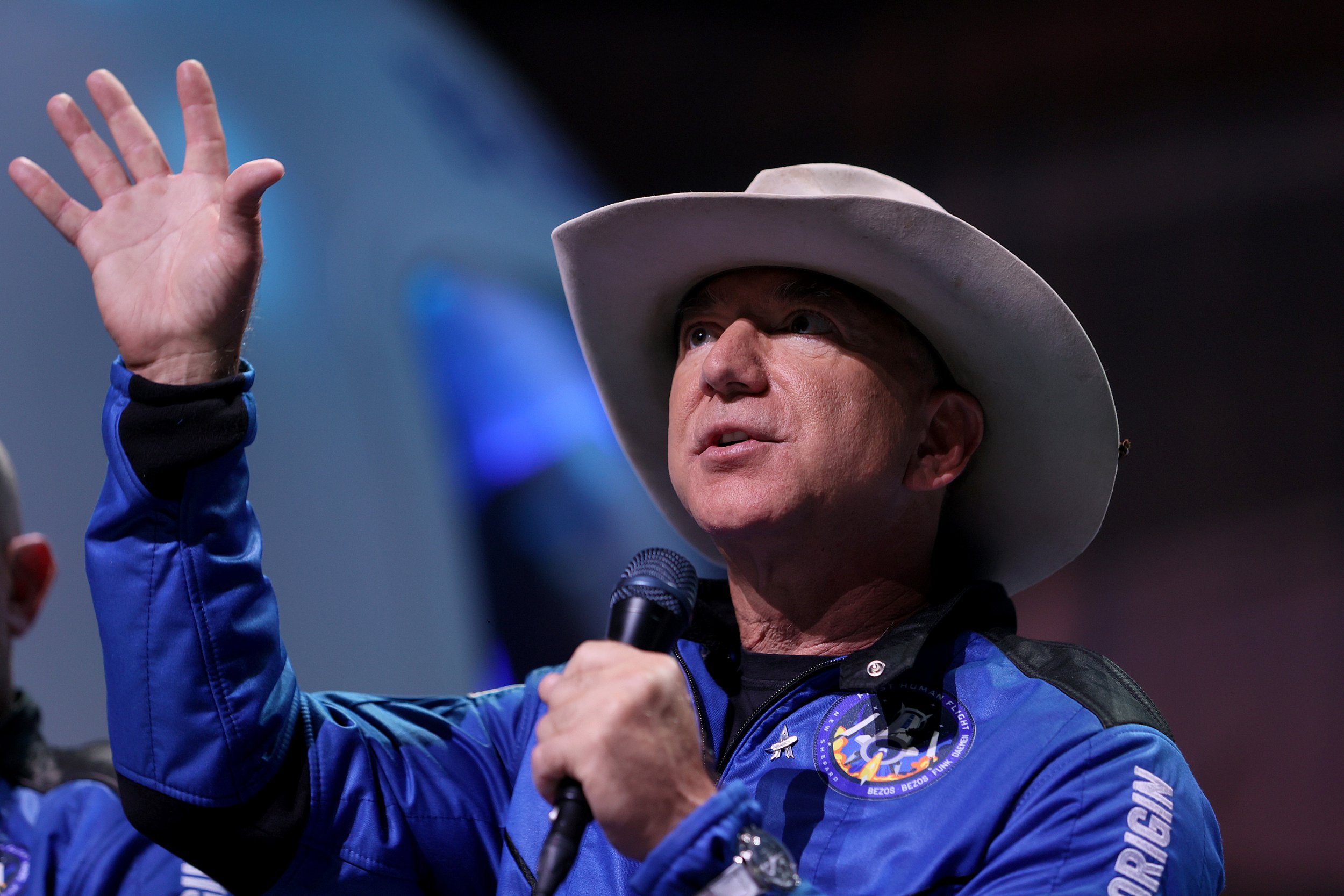 They hope to launch Orbital Reef, which will house up to ten people and operate as a ‘mixed use business park’, in the second half of this decade.

The venture will be built in partnership with Sierra Space, the spaceflight wing of defence contractor Sierra Nevada Corp, and will be backed by Redwire Space, Genesis Engineering Solutions and Arizona State University.

In April, Sierra announced plans to offer the first free-flying commercial space station. In July, Blue Origin made its debut space tourism flight, with Mr Bezos and three others aboard.

Nicolas Cage, Richard Stanley, and Joely Richardson on the Cosmic Horrors of 'Color Out of Space' [TIFF 2019 Interview]

‘The Falcon And The Winter Soldier’: Disney+ Reports That Marvel Series Premiere Is Streamer’s Most Watched Ever

Spoilers: Who will Billy believe about Janet's mistreatment in EastEnders?

Cosmo x Klarna's Hauliday Is Back!!! Here Are All the Deets on the 48-Hour Shopping Event