Home » Technology » Killing the headphone jack was a mistake, and Samsung just joined in

The Samsung Galaxy S20 is here, and the 3.5mm headphone jack is gone.

With the launch of its new line of phones earlier today, the Korean company has joined Apple, Google and many others in removing the once ubiquitous port from its flagship phones, leaving only LG and a handful of Chinese brands with 3.5mm jacks on their latest premium devices. 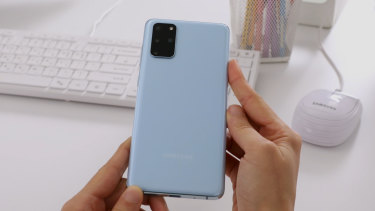 There’s no headphone jack on the new Galaxy S20 range.

If the death of physical media at the hands of streaming has taught us anything, it's that convenience trumps quality when it comes to technology for the masses; ever since smartphones took over from the portable MP3 player, we've had access to massive content libraries wherever we go.

And yet, getting the music from our smartphone to our ears is now far from convenient.

The headphone port has endured since the 1950s and for good reason; it just works. The plug is cheap but durable and can support everything from the best headphones worth thousands of dollars to inexpensive headphones you pick up at a petrol station. It's also an easy way to enable the use of microphones.

The unceremonious ouster of the headphone jack by smartphone makers led to the arrival of another universal standard in USB-C. Except as many people like myself soon found out, it didn't just work.

In the industry's haste to kill the headphone jack and upsell consumers on wireless headphones, the underlying implementation of USB-C audio was never standardised, resulting in a barrage of compatibility issues. In order to get audio out of the USB-C port, a DAC — which converts digital audio data into analogue signals your headphones can play back — is needed.

The problem is that only a select few smartphone models do the conversion onboard, while most others rely on an external DAC located inside the USB-C headphones or USB-C-to-3.5mm dongle. As such, USB-C headphones and dongles can be either active (includes DAC) or passive (no DAC).

This means that regardless of whether you're using a new fangled pair of USB-C headphones or an old pair with a dongle, they won't work on the likes of the Samsung Galaxy Note 10, Google Pixel 3 XL or even the iPad Pro, unless they're of the active variety.

Outside of compatibility issues, headphone dongles simply aren't as reliable as a headphone jack – I've bought six of them in the past 12 months and only two are still working. Judging by the reviews left online for almost every USB-C headphone adapter in existence, I'm certainly not alone.

Also, dongles are a pain. It’s one more thing you have to carry, one more thing you can lose, and it makes using your sleek new device awkward. The other glaring problem I've encountered is that you preclude the phone from charging while listening to music unless you use an even bigger dongle that can take both.

USB-C dongles don't sound as good either; I have yet to encounter one that didn't introduce some sort of audible static or crackling. Years on, the number of USB-C wired headphones on the market are meagre and the ones that actually sound good are smaller still. I found it interesting that among the sea of headphones at the CES gadget show this year, there was almost a complete absence of any new USB-C headphones.

So why not join the masses and make the switch to wireless headphones? Though Bluetooth audio has come a long way since its noisy beginnings, wireless headphones simply don't sound as good as their wired counterparts, especially when it comes to listening to high bitrate music. They're also a pain to keep charged and — when they eventually stop holding their charge after a couple of years — they turn into expensive, disposable electronics that hurt our wallets and the environment.

As anti-consumer as the move might seem, killing the headphone jack has been good for business; especially when one considers how much money Apple has made from sales of its AirPods line. It's also hard to blame Samsung for jettisoning the headphone port from its Galaxy S series when competing flagships made the move years ago.

But the reality is that USB-C and Bluetooth aren't yet a suitable replacement for the old venerable headphone jack, and it's about time the industry stops acting like it is.

Inquest hears man killed himself after battling anxiety and depression