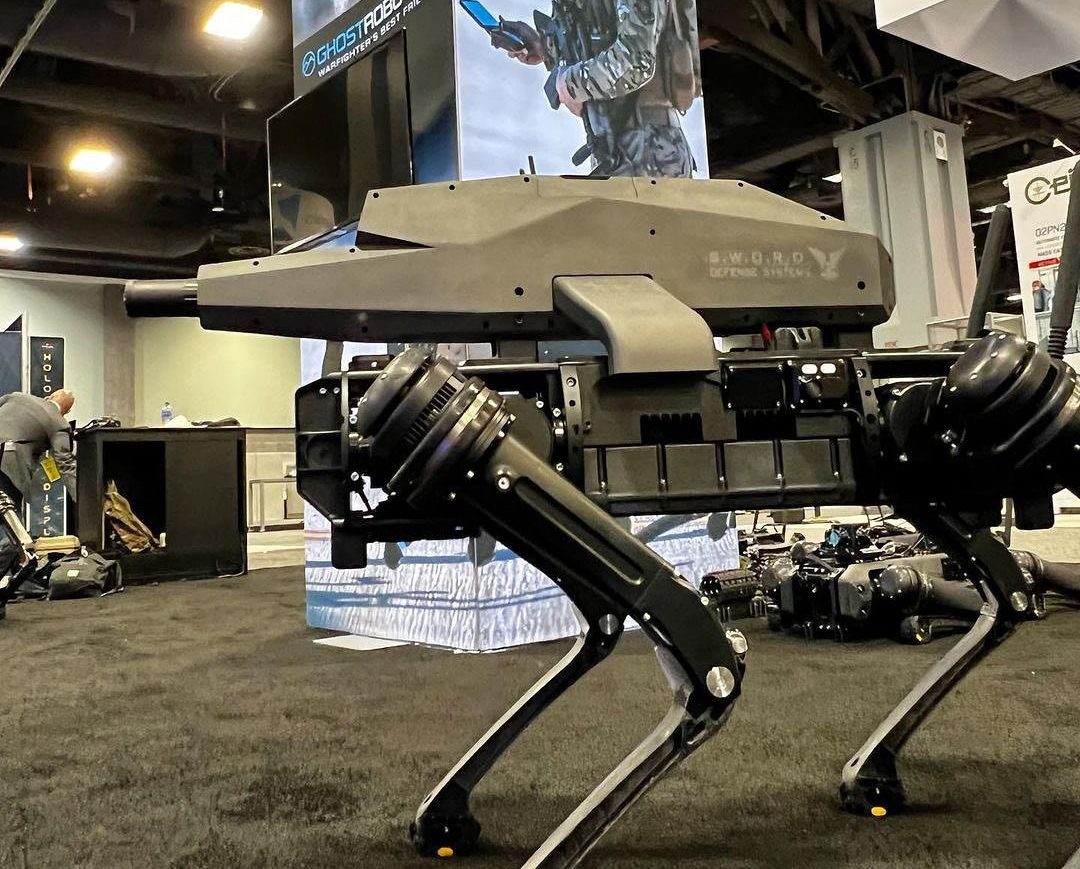 Like something out of a terrifying sci-fi movie, weapons companies have started attaching rifles to the back of semi-autonomous robot dogs.

The Black Mirror-esque creations were shown off in the USA, at an Army convention in Washington DC.

Known as a Quadrupedal Unmanned Ground Vehicles (or Q-UGV for short) the dog is made by Philadelphia-based Ghost Robotics.

‘They have a place in a broad range of government and enterprise applications where mobile robots with four legs have inherent advantages over wheels, tracks and even bipedal systems,’ the company says.

Another company, called SWORD International, decided to mount the assault rifle on the back of the Q-UGV and post pictures of it on Instagram. Where it picked up over a thousand likes.

They call it the SPUR – or the Special Purpose Unmanned Rifle.

The gun itself is a 6.5mm assault rifle that the dog seemingly knows how to use.

Ghost Robotics says that SPUR can remotely chamber the first round from an unloaded state and, similarly, clear the chamber and safe the gun if necessary.

There’s an on-board sighting system and soldiers can control the creature via an app installed on military-issued tablet computers.

Although this particular weapon isn’t in use by the US military yet, several unarmed versions of the Q-UGV are in use by America’s air force.

Employing robots in the military isn’t just for the US, either. Last year, the head of the UK’s armed forces, Sir Nick Carter suggested robot warfare was the future.

He suggested that ‘an armed forces that’s designed for the 2030s’ may include things like autonomous or remotely-controlled machines capable of fighting alongside humans.

‘Modernisation essentially means you are going to park some capabilities, perhaps from the industrial age, and want to look forward to some of the capabilities you need for an information age.’

At present, the Ministry of Defence policy is that only a human can fire a weapon.

When does MasterChef: The Professionals start on BBC One tonight?