Every tech firm under the sun is launching wireless in-ear headphones in a bid to rival Apple’s hugely popular AirPods. Now it’s the turn of LG to unveil something with its latest cable-free music makers being revealed at CES in Las Vegas.

This wireless concept is clearly nothing new but LG’s latest Tone Free HBS-FL7 headphones do come with one feature that you won’t find on Apple’s AirPods.

Tucked inside the puck-shaped charging case is a technology called UVnano which blitzes the earbuds with UV rays every time they popped inside for a refill.

This system helps to clean the headphone tips making them much more hygienic – especially if you share them with someone else.

LG says the process takes around 10 minutes and although it won’t kill off all germs it certainly goes some way to getting rid of unwanted bacteria.

Along with that new UV upgrade, you’ll find all the usual features of wireless headphone with LG’s Tone Free HBS-FL7 getting powerful audio, comfortable fit and simple syncing to your phone. 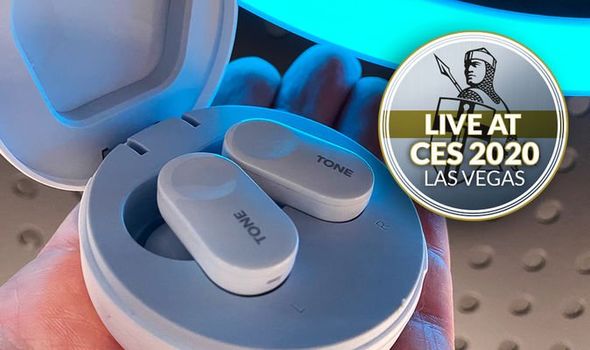 Once in your ears, you’ll get a total of 21 hours of audio playback – via the charging case – and you’ll find a design that’s IPx4 splashproof which means they should survive life on the road.

Google Assistant has also been included meaning you can get a bunch of features beamed to the buds without ever having to touch your phone.

There’s currently no word on a UK release or price but in the US they cost $199 so expect a similar cost in the UK.

There’s also the entry-level RZ-S300W which include long battery life and easy connection to both Android and Apple devices.

All of Panasonic’s new headphones will be available later this year with prices starting from £109. 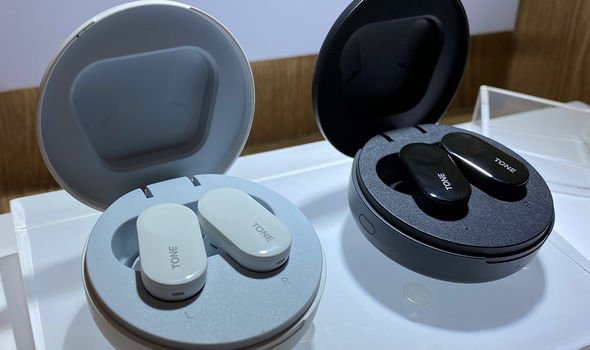 Express.co.uk is on the ground at the largest consumer electronics show on the planet – CES in Las Vegas, Nevada. We’ll be bringing you the most exciting, wackiest, and most innovative announcements from the tradeshow floor throughout the week, so stay tuned. Here’s everything you might’ve missed…