Home » Technology » Microsoft wants you to ditch your password. For good, this time.

Struggling to remember all your passwords? You will no longer need one for Microsoft accounts.

Users can choose between downloading the Microsoft Authenticator app, a security key, a verification code sent to their phones or secondary email address, or Windows Hello, a biometric option that involves scanning a user’s face, iris or fingerprint. 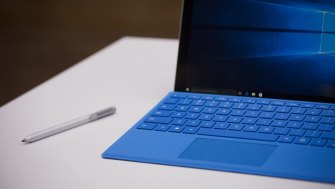 Forget your passwords: Microsoft’s new approach is a relief for those of us who keep forgetting them.Credit:John Taggart

With the Authenticator app, for example, users get notified on their smartphone during a login attempt, and receive a prompt confirming their identity.

Vasu Jakkal, corporate vice president for security, compliance and identity at Microsoft, said in the blog post that the new option tackles two problems: complex passwords people can’t remember and passwords that do not offer enough security because they’re too simple.

“They’re a prime target for attacks. Yet for years they’ve been the most important layer of security for everything in our digital lives — from email to bank accounts, shopping carts to video games.”

The feature will be rolled out in the coming weeks.

Jakkal said there are 579 password attacks every second, which amounts to about 18 billion annually; one reason that occurs is that internet users tend to create basic passwords.

Several apps have stepped forward to help users manage their passwords, including NordPass, 1Password and LastPass.

To bolster your password security without a manager app, NordPass advises creating passwords for each account, and using a mix of upper- and lower-case letters, numbers and symbols to make them tougher to crack.

The Market Recap newsletter is a wrap of the day’s trading. Get it each weekday afternoon.

What is herd immunity?