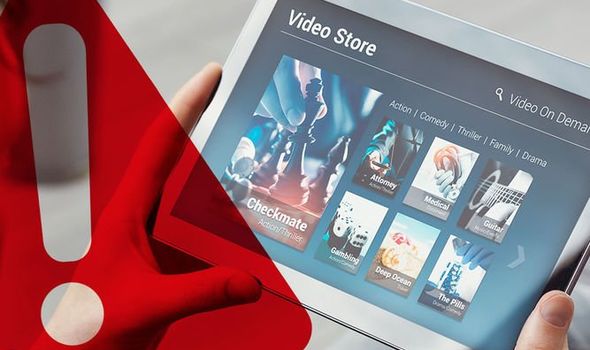 The battle against free streaming has escalated this year. A number of high profile piracy sites, designed to let users stream shows and movies without paying, have been shuttered in recent months. One of the highest-profile victims was 123movies.la, which offered access to Hollywood blockbusters at no cost without permission from the rights holders.

And now, there has been another casualty – leaving millions blocked from accessing its servers. As first reported by Torrentfreak, streaming site 4anime has closed its doors without warning. This piracy website, which offered fans the chance to watch the popular Asian cartoons, has been shut down for good.

Announcing the news, the team behind the service confirmed: “Sorry for ending things this way. Due to certain circumstances we have to close the site. All the bookmarks will be available via login in the next week or two so don’t worry. However, all the videos and content is deleted and we encourage you to support the industry by viewing on legal alternatives or something.”

It’s currently unclear exactly who is behind this closure, but some of the biggest names in the movie industry have been on a mission to end the boom in illegal streaming. For example, 123movies.la, which had millions of users, was closed after it caught the attention of The Alliance For Creativity and Entertainment (ACE).

ACE is backed by some of the world’s biggest film studios and media companies which include, Amazon, Fox, Netflix, MGM, HBO, Sky, Paramount and Disney.

This site was banned back in May. At the time, ACE said: “The theft of online content is the single greatest threat to the global audiovisual community, harming both local and foreign films and businesses, threatening jobs, undermining investment, reducing tax contributions to governments, and stifling creativity. ACE will continue its efforts around the world to protect the rights of its members.”

Alongside 4anime and 123movies.la, streaming fans in the UK have also been blocked from a number of other websites that offered films and entertainment for free with some of the UK’s biggest Internet Service Providers (ISPs) forced to apply the ban.

ISPs such as Virgin Media and Sky are now stopping customers from accessing platforms including www9.0123movies.com, w5.123movie.cc., 123moviesfun.is and wvw1.123movies.net.

The request came from the Motion Picture Association (MPA) who are trying to stop premium content from being viewed for free. The MPA represents five of the biggest Hollywood studios, Disney, Paramount Pictures, Universal, Sony Pictures, Warner Bros, as well as Netflix.

Does Theresa Caputo's ex-husband Larry have a girlfriend?