Home » Technology » Millions of Android devices can be easily hacked. Are YOU at risk? 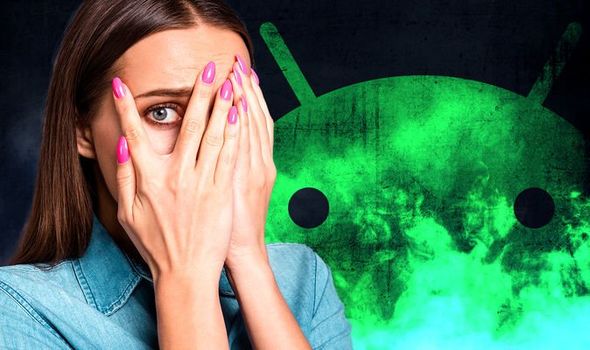 Android users have been issued a stark new warning by researchers. According to new data, tens of millions of Android-powered tablets have gone years without any security updates – leaving them vulnerable to malware and online attacks from hackers. In many instances, this isn’t the fault of the tablet owner not keeping up with the latest software updates for their device, both Google (which develops the Android operating system) and the hardware manufacturer have pulled support for the device.

As first reported by the clever folks over at TechRadar, the statistics from analytics firm NetMarketShare show that 13 percent of all Android-powered tablets – one in every eight – still run Android 4.4 KitKat.

That operating system is almost seven-years-old. The last time Android 4.4 received a security patch was back in October 2017 when Google fixed four vulnerabilities, two of which were rated as “critical”. But since then, any further vulnerabilities or bugs have been left unpatched by Google. As a result, these remain wide-open to enterprising hackers looking to steal sensitive information.

Other ageing versions of Android are also well-represented on tablets and other hardware. Other minor version increases from Android 4.0 to Android 4.3 account for 3 percent of all tablets worldwide, while Android Lollipop tablets devices make up almost 10 percent of users – making it the second most popular version of Android.

If you’re still happily running one of these models – or any other tablet that’s stranded with an out-of-support version of Android – you’d do well to install an anti-virus application. Although there’s no fix for the vulnerabilities in the operating system, at least these applications will be able to keep an eye out for any malware, viruses, or other nasties taking advantage of the ageing software on your hardware.

And it’s not just tablet owners who need to be concerned.

Up to a billion smartphones still run on Android version 6.x or older – leaving these unpatched handsets at risk of being infected with malware.

The news comes as research firm RiskIQ published its annual Mobile Threat Highlights report which revealed the biggest threats which have faced Android users over the last 12 months, highlighting problems like adware which fills devices with unwanted adverts, or fleeceware that leaves phone owners with a huge bill for services that they never wanted.

Along with revealing the worst threats, RiskIQ has also released advice on how to avoid being targeted by criminals.

In its report, the firm said: “Users should be discerning and sceptical when downloading anything and have passive protection such as legitimate antivirus software along with regular backups.

“Luckily, some of these malicious lookalike apps are easy to spot. One potential giveaway is excessive permissions, where an app requests permissions that go beyond those required for its stated functionality. Another is a suspicious developer name, especially if it does not match the developer name associated with other apps from the same organisation.

“User reviews and number of downloads, where present, also help to give some level of reassurance that the app is legitimate. If you find you have installed an app that spams you with links or tries to force downloads — or it turns out to be a lookalike or disappears after installation or one use—having regular, recent backups lets you wipe the phone and restore it to a safe state.”