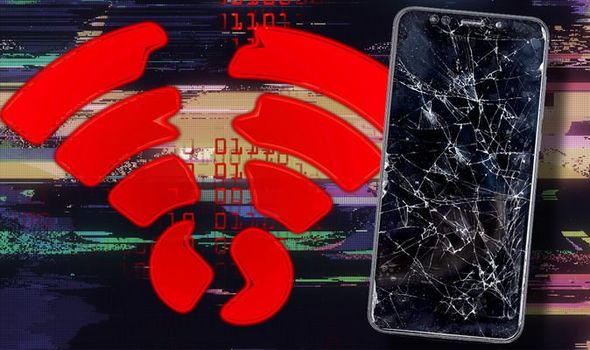 A range of popular gadgets – such as Windows laptops and older iPhone and Android smartphones – could soon lose access to the internet. A security expert is warning that an upcoming change that kicks in on Thursday September 30 could have huge implications for a wide range of devices made by leading, household names. The potential internet block is all due to the HTTPS security protocol.

Even if you’re not too familiar with tech jargon, you likely have heard of – or be aware of – HTTPS (aka Hypertext Transfer Protocol Secure).

Whenever you visit a website in browsers such as Chrome you may have spotted a padlock icon in the address bar.

This signifies a website is using HTTPS, meaning the site is secure and any information you enter into it is protected.

So why does this matter to Android, Apple iPhone and Windows users?

Well, on Thursday September 30 a root certificate – which is used to encrypt connections between devices and the web, and is crucial to the HTTPS protocol – will be expiring.

For the vast majority of devices, this won’t cause issues. But for older gadgets thatw haven’t been updated in years (and won’t be entitled to use the new certificate) it could cause them to lose access to the internet.

That’s according to a blog post from Scott Helme, with the security researcher betting “a few things will probably break” this coming Thursday.

In the article online Helme said: “This will not be the first time a root CA certificate has expired and I imagine it will follow the same trend as previous expirations where things break. If the root certificate that your certificate chain anchors on is expired then there’s a good chance it’s going to cause things to fail.”

To avoid facing any hair raising problems this Thursday, you should make sure your device isn’t running an update at risk.

The impacted root certificates have been issued by non-profit organisation Let’s Encrypt, who have in total issued over two billion certificates – accounting for a large chunk of the web.

Let’s Encrypt has a post online that details the clients that will break due to the upcoming IdenTrust DST Root CA X3 root certificate expiration.

Helme said there were a few other platforms that needed “further investigation to see if they will fail after the IdenTrust DST Root CA X3 expire”.

This includes Amazon Kindle eReaders running a patch below v3.4.1 and a PS4 games console running firmware less than 5.00.

Here is a full list of the impacted software versions…

Three Mobile is offering customers the chance to grab the latest-and-greatest iPhone for HALF its usual price. Deals start from just £31 a month for the first 6 months of the contract and even includes unlimited 5G mobile data to make video calls, stream boxsets from Netflix, and more.

Universities, other institutions suing insurers for not covering COVID-19 losses

Son has '50-50 chance' of survival after spleen ruptures in beating by father: police