Home » Technology » Missed a call on WhatsApp? Update your app and it won’t be a problem 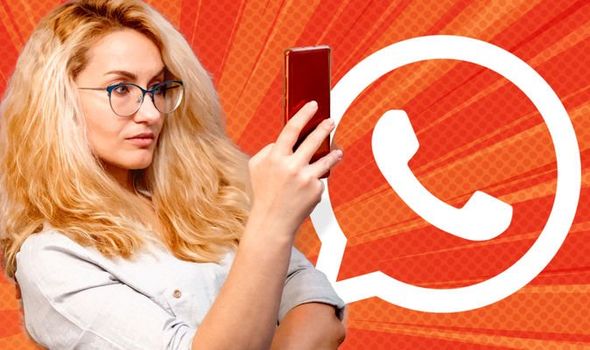 WhatsApp group calls have been invaluable for millions of people during the global pandemic. This handy feature allows users to make voice and video calls over the internet – with no international call charges to worry about. While it’s possible to add up to 256 people into a single Group Chat on WhatsApp, the maximum size for a video call sits at eight people.

Messenger Rooms, which was created by WhatsApp parent company Meta (née Facebook), was integrated into WhatsApp during the first few months of the pandemic, when millions of people were living under lockdown restrictions to stop the spread of the airborne virus. Messenger Rooms can hold up to 50 people in a single video call, which is a good option for those with too many friends or family members for the feature built into WhatsApp.

But if you’re happy with the built-in video call feature, you’ll be pleased to know that WhatsApp has added a new button to its chat app to make joining calls a little easier. More specifically, the button is designed to make it simple to join calls that have already started.

Until now, anyone who missed the incoming video call alert couldn’t join. For those who were stuck in traffic, experiencing home internet troubles, or finishing up another call… it was hugely frustrating. It also meant WhatsApp groups would often have to coordinate the exact day and time for a video call, rather than it being spontaneous. But with the latest update, that’s all changed.

If you’ve missed the initial incoming call, there will be a new “Join” button that sits at the top of the chat window in any group conversations currently engaged in a voice or video call. Tapping the button will immediately throw you into the call. The technology that powers this new feature was first rolled out to WhatsApp users worldwide back in July. However, WhatsApp chose to only include the functionality in the Call tab.

With the arrival of the new “Join” button in group chats, the feature is sure to be more useful.

Joining the new button, WhatsApp has also rolled out a new ringtone for group calls, which is designed to make calls from within the app instantly recognisable compared to FaceTime Audio, Google Duo, or traditional phone calls to your handset.

If you want to test out the new “Join” feature for yourself, download the latest version of WhatsApp from the Google Play Store or Apple App Store now.