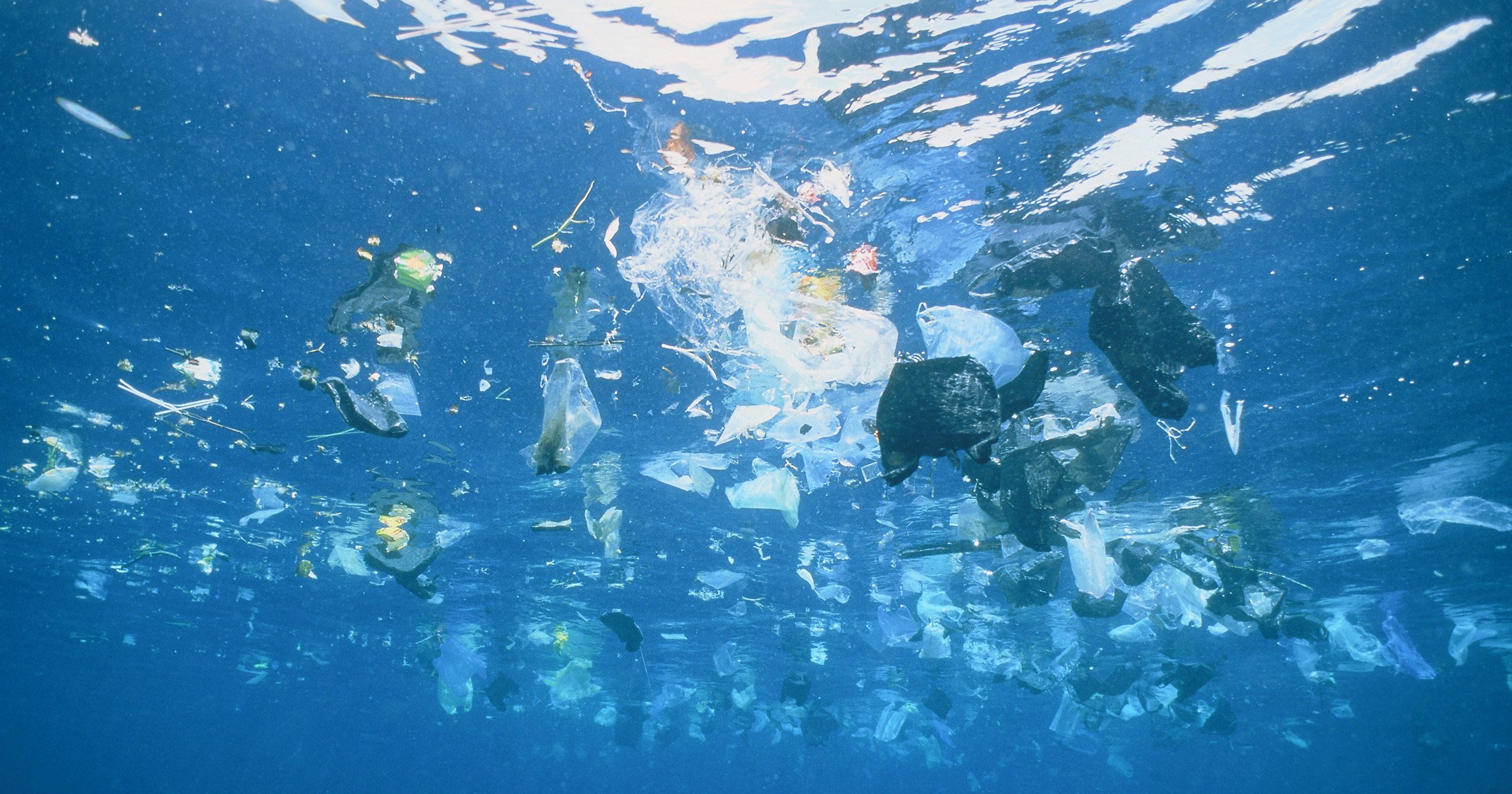 Plastic weighing the same as forty blue whales is currently floating in the Mediterranean, according to a new study.

Researchers have developed a model to track the pathways and fate of plastic debris from land-based sources around the Med.

It estimates that around 3,760 metric tonnes of plastics are currently floating in the sea.

The findings, published in the journal Frontiers in Marine Science, show that a ‘shocking’ amount of micro- and macroplastic debris is currently floating in the Mediterranean.

The Med is considered a hotspot for plastic pollution due to its densely populated coastlines, fishing, shipping, tourism, and a limited outflow of surface water to the Atlantic.

At the same time, it is rich in biodiversity, making it an area of concern for the conservation of marine ecosystems.

Previous research has shown that plastic pollution affects all levels of marine biodiversity, with micro- and macroplastic particles found at the sea surface, beaches, the seafloor, and within the bodies of big and small marine animals.

It has also been reported that humans ingest plastic through eating seafood.

The new model developed by scientists at the Hellenic Centre for Marine Research in Greece tracked the pathways and ultimate fate of plastic debris in the Mediterranean Sea.

The model performed a simulation over the period from 2010 to 2017, tracking plastics from land-based sources such as rivers and coastal cities, while taking into account important dispersion processes such as sinking, wind and currents.

It also identified potential accumulation patterns of micro- and macroplastics in the surface layer, water column, seafloor, and on beaches.

It revealed that the total annual plastics load going into the Mediterranean is around 17,600 tonnes – one-and-three-quarters the weight of The Eiffel Tower – of which 3,760 tonnes are currently floating in the sea.

‘Experimental data on several processes that affect the fate of plastics, such as sinking, ingestion by marine organisms and fragmentation into smaller pieces are still quite limited.

‘Our model showed a reasonable skill in reproducing the observed distributions of plastics in the marine environment and thus can be used to assess the current status of plastic pollution in the Mediterranean and evaluate the impact of future cleaning actions and management plans.’

The model also described ‘biofouling’ as a potential mechanism for the removal of microplastics from the sea water surface.

Dr Tsiaras explained that biofouling occurs when micro-organisms such as algae accumulate on floating and submerged objects, including plastic debris.

He said: ‘Microplastics are less abundant in the sea surface due to their faster sinking from the attachment of heavier marine organisms – biofouling – and accumulate deeper in the water column and seafloor.

‘On the other hand, macroplastics, such as plastic bags and styrofoam may float around for longer time periods, and travel long distances from their sources.’

Larger sized microplastics were found in areas with high untreated wastewater, such as the coasts off Greece and Turkey.

Macroplastics were abundant in areas with important riverine input such as Algerian, Albanian, and Turkish coasts, and close to metropolitan cities and highly populated coasts in Spain, France and Italy.

Dr Tsiaras added: ‘The model outputs can be used to identify ecologically – bird and cetacean habitats – or commercially important areas that are potentially threatened by plastic pollution.

‘This is important for the design of ecosystem-based management plans and policies for the mitigation of plastic pollution, which is often a trans-boundary environmental problem, as floating plastics may travel long distances from their sources.

‘The social, political, and cultural variety of inhabited countries along the coastline of the Mediterranean makes the implementation of a common marine ecosystem management policy difficult.

‘But models such as the one from the study can help mitigate this problem.

‘The use of predictive models, like the one presented here, that can connect observed plastic concentrations with their sources, is critical for the designation of successful management plans.’

Dear Tim Cook: I have five requests for the new iPhones

Milley REJECTS Tom Cotton's suggestion he should have stepped down