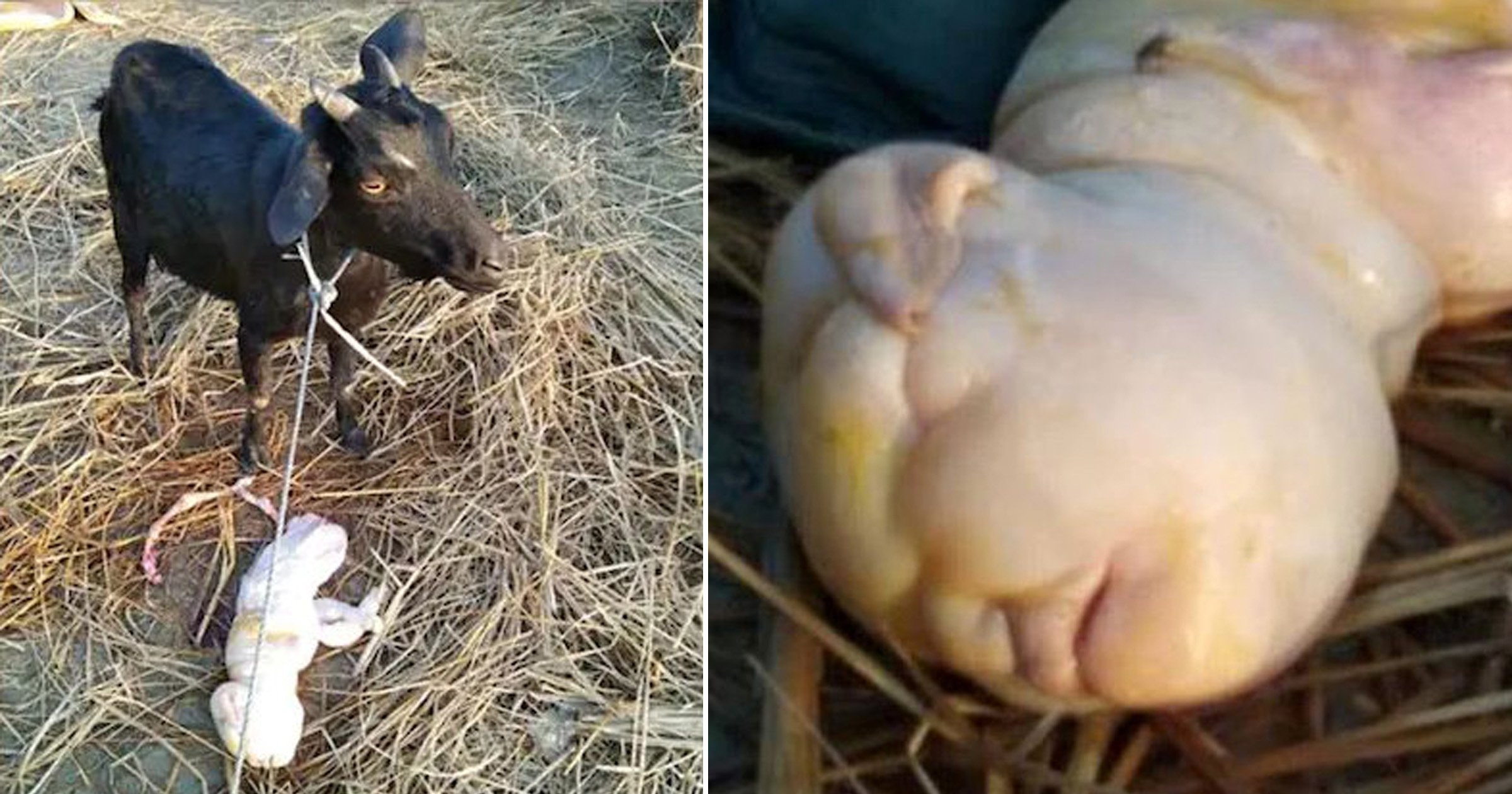 An incredulous farmer has witnessed one of his goats give birth to a kid with the ‘face of a human’.

Shankar Das, 46, owns a farm in Gangapur village in the northeastern Indian state of Assam.

After one of his goats gave birth to the ‘human baby-like offspring’, word spread around the village and photos started to be shared online.

Locals said it had the face of a human baby.

Shakar said: ‘The neighbours rushed to our house.

‘Everyone was left shocked by its appearance resembling a human baby.’

He continued: ‘The goat had already given birth to a kid.

‘It was her second delivery. It has stunned me and the villagers as well.’

Unfortunately, the kid was born alive but died soon after.

In India, the birth of a deformed animal is considered a bad omen or bad luck, locals said.

Neighbour Rakesh Kumar added: ‘In many areas, it’s considered as the warning.

‘The people see the mutant births as the sign from God.’

‘Monty Python and the Holy Grail’ Acquired by Trafalgar (EXCLUSIVE)