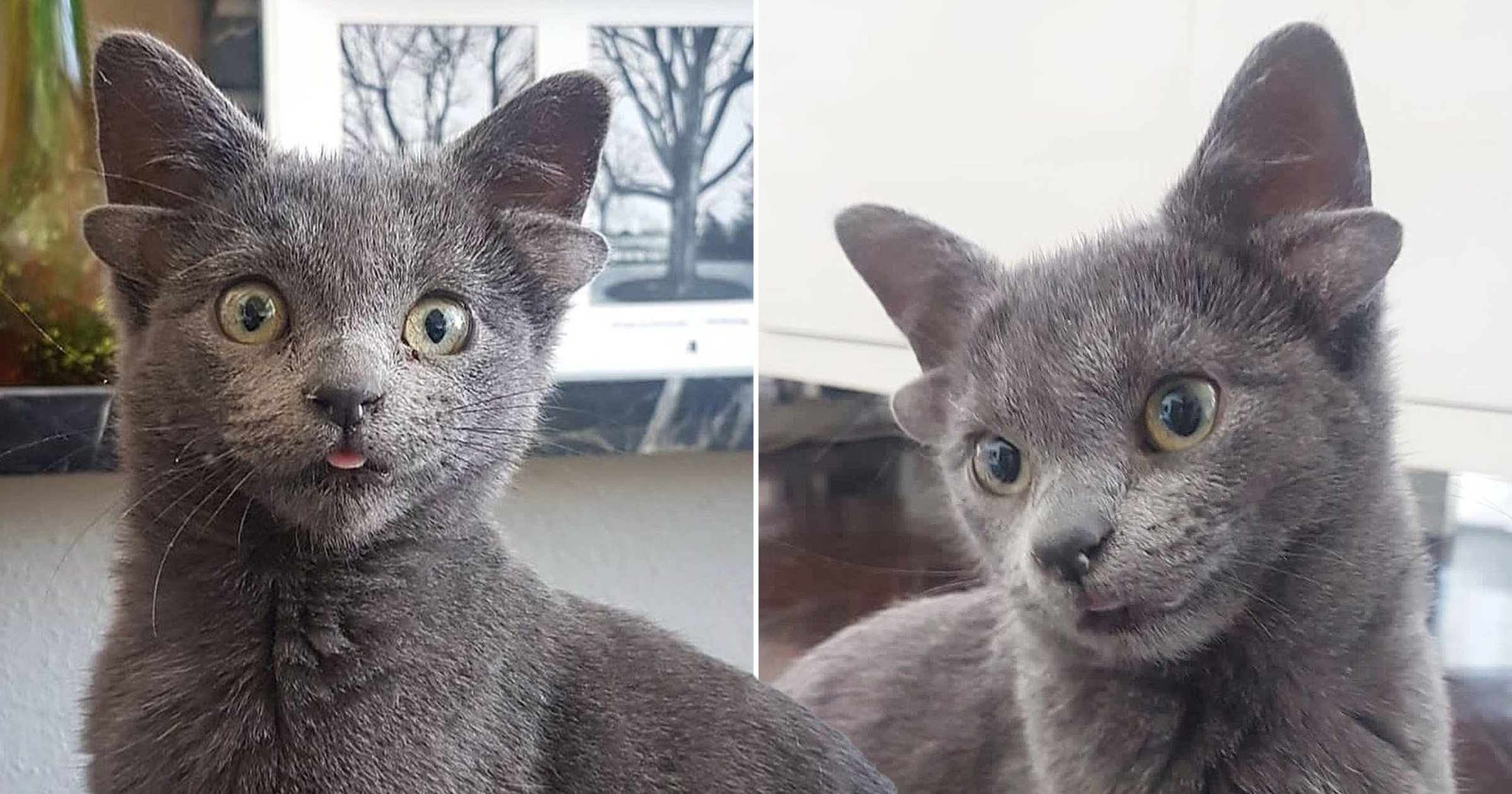 A kitten born with four ears has won over the internet after gaining thousands of cat-loving fans on Instagram.

Due to a recessive genetic mutation passed down from her parents, Midas was born with two sets of ears.

A smaller pair stick out of her normal ears but, thankfully, don’t affect her overall hearing.

Originally a rescue, Midas was adopted by owner Canis Dosemeci from Turkey.

And the extra appendages haven’t affected the four-month-old Russian Blue’s nature at all.

‘She is a very playful cat. But very friendly as well,’ Canis told the Daily Mail. ‘She sleeps all day and is awake all night.

‘She loves to sleep on my chest or shoulder,’ the doting owner added.

‘She loves to play with yarns, (we have loads of them because of my business), she steals them and hides them somewhere we could never find,’ Canis told the paper.

As well as sleeping and playing with yarn, Midas has also found fame online after Canis started an Instagram account for her.

Since posting her first image, Midas’ account has amassed over 46,000 cat-loving followers.

Steven Van Zandt on South African activism: 'We did light that spark'