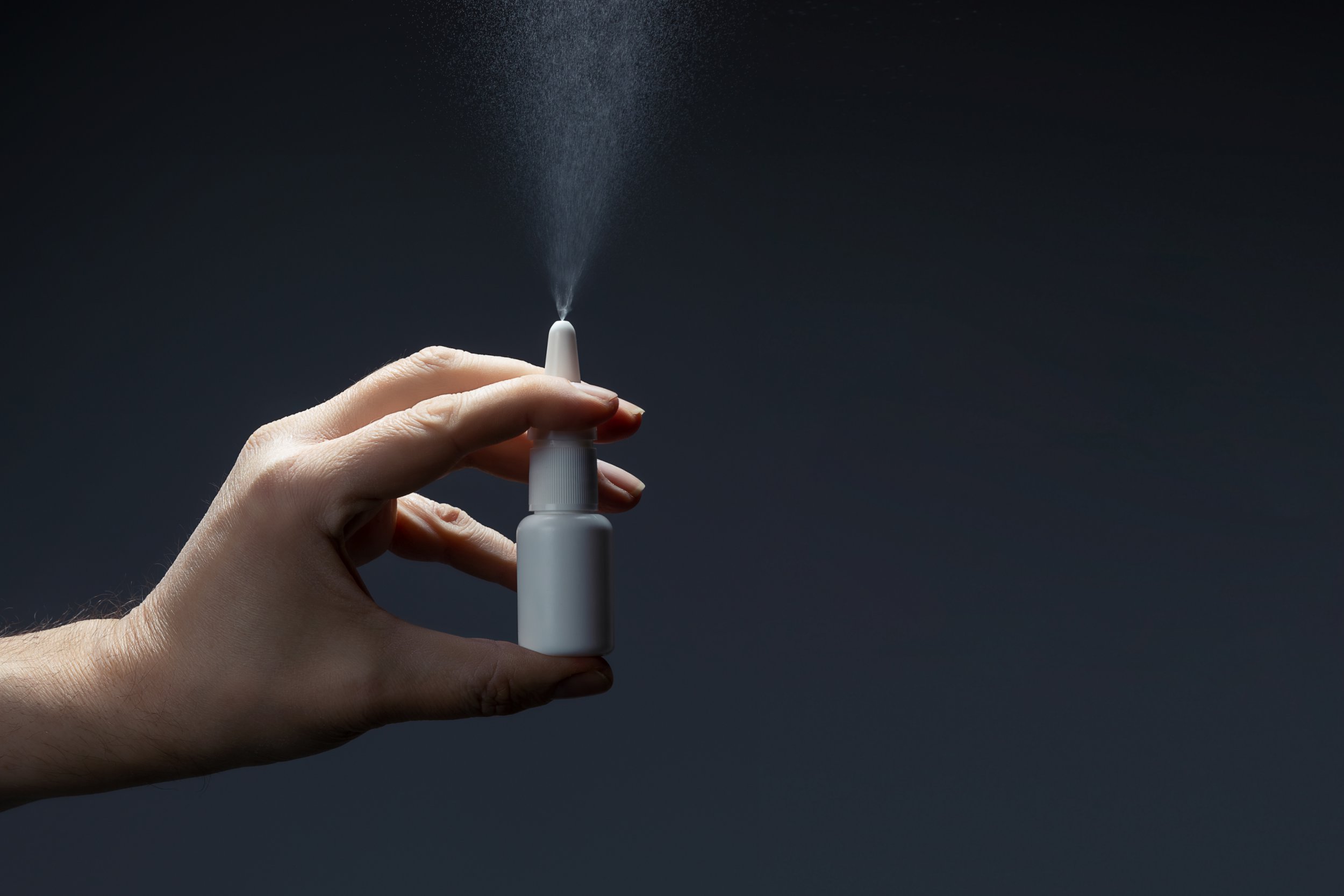 A nasal spray that could treat and even prevent Alzheimer’s disease has been created by scientists.

It combines an antibiotic called rifampicin with resveratrol – an antioxidant found in plants.

Experiments in mice were so encouraging global clinical trials are already being planned.

They were genetically engineered to develop Alzheimer’s, fronto-temporal dementia and dementia with Lewy bodies – three of the main forms.

Cognitive skills dramatically improved after the chmical cocktail was injected through the nose five days a week for four weeks.

Communication between neurons also improved after synapses that connect them were restored.

What’s more the daily dosage per mouse was only 0.02 mg (milligram) of rifampicin.

‘Currently, rifampicin is prescribed at 10 mg/kg/day as an antibiotic, and compared to this, we confirmed an effect at a much lower dosage.’

His team at Osaka City University in Japan had previously shown rifampicin removed amyloid beta and tau from the brains of mice.

But the drug has been linked to liver damage. Resveratrol boosts functioning of the organ.

It’s found in wine, fruit, nuts and chocolate – and sold as a food supplement.

Prof Tomiyama explained: ‘To combat the negative side effects of rifampicin, we thought of combining it with the liver-protective effects of resveratrol.’

And a chemical called BDNF (brain-derived neurotrophic factor) – vital for learning – rose in the memory centre, or hippocampus.

The phenomenenon was not observed with administration of rifampicin alone.

Prof Tomiyama said: ‘These results indicate this fixed-dose combination is superior in terms of both safety and efficacy.’

The world is facing a ‘dementia timebomb’ with cases set to triple to 150 million by 2050.

First author Dr Tomohiro Umeda said: ‘The number of patients with dementia has been increasing – with some sources predicting a doubling of patients every 20 years.

‘However, there is still no effective treatment for the disease.

‘Recent studies have shown abnormalities begin to appear in the brains of dementia patients more than 20 years before onset of the disease.’

The researchers used a technique known as drug repurposing – when approved medicines also work for other conditions.

It’s more practical and cost effective than developing new treatments – and could diagnose and prevent dementia before neurons start dying.

Prof Tomiyama said: ‘Nasal administration would increase drug transferability to the brain and further enhance both safety and medicinal effects.’

The development of a fixed-dose combination of rifampicin and resveratrol nasal spray is currently being carried out by Medilabo RFP.

The venture company originates from the researchers’ laboratory with a subsidiary established in Massachusetts last month.

The study was published in the journal Frontiers in Neuroscience.

This Best-Selling Aicook Juicer Is 30% Off, Today Only

Will there be a The Kissing Booth 3?

‘Bold And The Beautiful’ Spoilers For Tuesday, May 15: Taylor Shreds Brooke Over Her Treatment Of Steffy