Technology investors often refer to the "Faangs" – the five technology stocks of Facebook, Apple, Amazon, Netflix and Google. Combined, they have resulted in stratospheric profits for anyone savvy enough to invest in them early on. 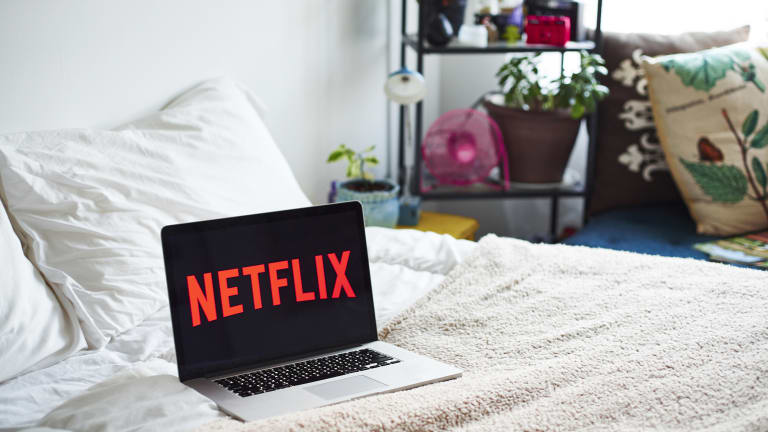 Netflix started as a DVD-by-mail service 20 years ago and now has 125 million users.

One of the five stands out more than any other. This year alone, Netflix shares have risen more than 60 per cent, climbing further after another set of expectation-smashing results on Monday night. In comparison, Facebook is down 7 per cent and Google 1 per cent, while Amazon is up 23 per cent and Apple 4 per cent.

Netflix revealed on last week that it had hit 125 million users at the end of March, up from less than 100 million a year ago. Netflix is 20 years old, having started out as a DVD-by-mail service, but only now appears to be hitting the "hockey-stick" growth that tech companies desire. It shows no sign of slowing down: in the current-quarter revenue from international markets will overtake that from the US.

But there is potentially another reason for Netflix's astonishing share price rise this year: it has not been swept up in the broad backlash enveloping the tech industry. Facebook has endured blow after blow, most notably the recent Cambridge Analytica scandal that knocked tens of billions off its share price. Google has been accused of allowing fake news and incendiary videos in its search results and YouTube video site. Apple was buffeted by an outcry over claims it had slowed down old iPhones. And Amazon has been in the firing line of none other than US President Donald Trump, who has attacked its state tax contributions and its supposed abuse of the US postal service to deliver its packages.

In comparison, Netflix only appears to provide joy: the almost-unlimited array of high-quality material available on the service. The platform hosts more than one person could ever hope to watch. Unlike Facebook or Google, Netflix directly charges its users a subscription fee for the service, a more straightforward transaction than the data bargain that other services represent.

To many, Netflix appears more like a traditional media company, one that has merely leveraged the convenience of the internet, as opposed to the rest of the Faangs.

However, that analysis downplays one of Netflix's greatest assets. The company holds a wealth of data on its users, and constantly prods it to improve the service. Its "recommendation engine" has become the stuff of legend for its ability to determine what people might want to watch next: some 80 per cent of what users view on Netflix is based on what is recommended.

Data about its more than 100 million users are combined with machine-learning algorithms and A/B testing – in which different models are tried on different groups to determine what is effective. The Netflix interface – the home screen that greets users when they open the app – is constantly evolving.

Without the company's recommendation engine, many users would have no idea where to start. But Netflix's use of data extends beyond what many might understand.

Last year, engineers detailed how the service is personalised down to the artwork that users see when browsing titles. While the company used to test for the single artwork that generated the most views, in recent years it has begun targeting specific versions at users.

The film Good Will Hunting may be illustrated with artwork featuring the film's protagonist couple Matt Damon and Minnie Driver to viewers with a penchant for romantic titles; while a user who has watched several comedies might be shown Robin Williams. The company is fond of saying that unlike a television channel, which typically presents the same thing to every viewer, there are 100 million different versions of Netflix. The goal is to keep users watching. Netflix has found that it typically has a minute-and-a-half between a user logging on and losing interest. 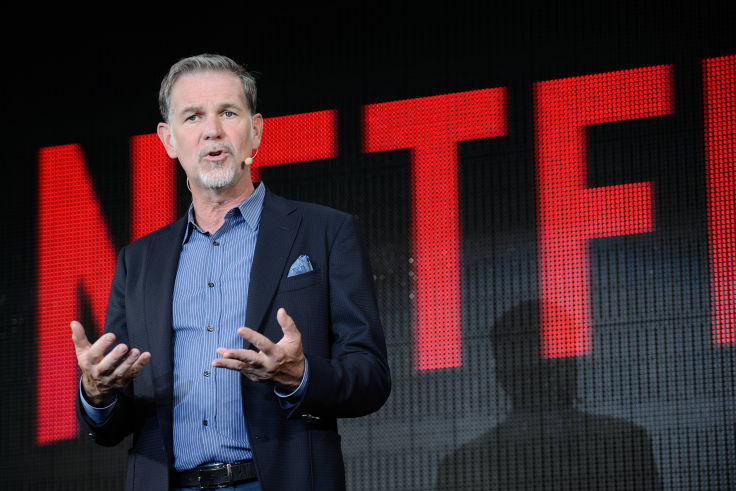 "If we present that perfect image on your home page (and as they say: an image is worth a thousand words), then maybe, just maybe, you will give it a try," the Netflix engineers said. Is this manipulation? In contrast to the days when parents would worry about their children spending hours in front of the television, binge watching is now a national pastime, and many may find it a better use of their time than constantly refreshing their social media feeds.

But how far should this go? Reed Hastings, Netflix's chief executive, has often joked that sleep is the company's biggest competitor. "Think about it: when you watch a show from Netflix and you get addicted to it, you stay up late at night. We're competing with sleep, on the margin," he told investors last year. If Netflix starts to win that battle, there may be more concerns about its addictive properties.

The company's granular level of data collection has not gone unnoticed. It was labelled "creepy" last year after the Netflix Twitter account revealed that 53 people had watched A Christmas Prince, a festive romcom, for 18 days in a row. It also paid $US9 million ($11.6 million) to settle a privacy lawsuit in 2012 after a supposedly anonymous data set exposed users' viewing habits.

Netflix does not share this data with anyone, or use it for anything other than to improve the service, which means it cannot be accused of misusing users' information.

But it has been suggested that the company could introduce an advertising-supported version, especially in emerging markets, if its growth slows down. If that happens, or its data prowess goes further than people are comfortable with, Netflix may not ride the tech backlash as ably as it has done to date.

Patricia Arquette’s ‘Most Awkward’ Date Was With a Future Killer

Motorist spots 'monolith' in the sky near Utah

Meghan Markle ‘Heartbroken’ Over Dad’s ‘Betrayal’: Is She Going To Cut Him Out Of Her Life?