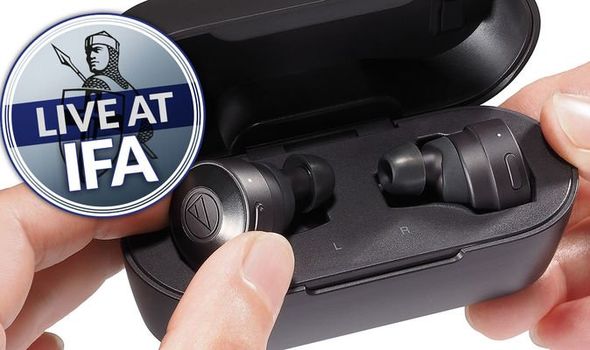 Apple’s AirPods have become a global hit with millions of these wireless in-ear headphones sold across the globe.

Ever since the US technology firm first revealed these hassle-free headphones tin 2016 there’s been a race to beat them.

Companies including Sony, Samsung and Bose have all released similar music makers and now there’s even more competition for consumers to choose from.

The team at Audio-Technica have just announced the launch of their new ATH-CKS5TW headphones which pump tunes into your ears without the need for wires.

Like the AirPods, they feature a tiny battery inside which then gets refilled once they are popped back in their charging case.

Other features include a snug fit which should help to block out background noise and audio calls have been enhanced using Clear Voice Capture technology that delivers gentle ambient noise reduction for improved clarity during conversations.

Handy buttons located on each earbud let you control music, calls, volume without touching your smartphone and the Audio-Technica Connect mobile app allows users to check battery life, adjust settings, control playback, select preferred codecs and assists in the location of the earbuds if they become separated or lost.

There are also a couple of extra bonus features that also give these headphones a slight advantage over the AirPods.

Firstly they are IPX2 water-resistant which means they’ll survive the odd splash of water but the big news is their overall battery life. 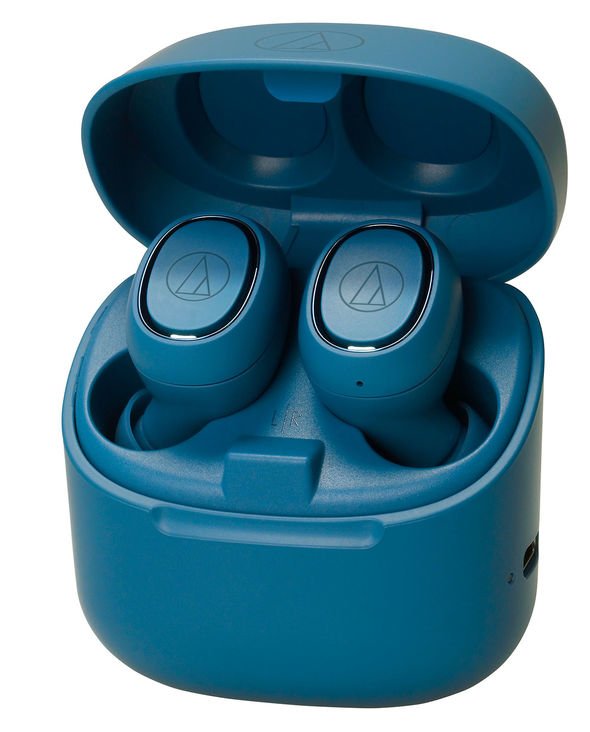 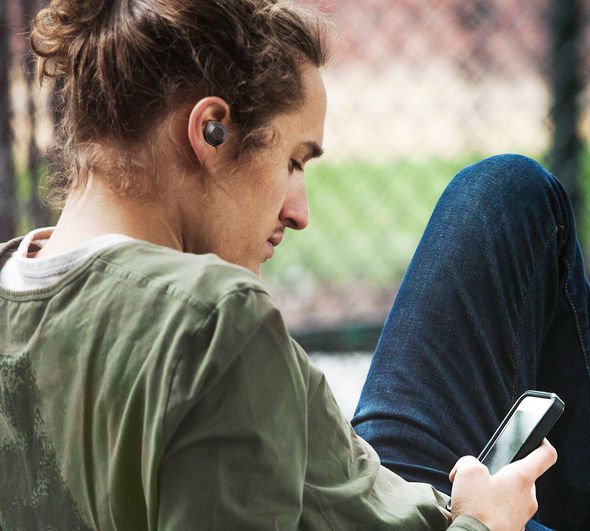 Whilst the AirPods offer around five hours of listening time on a charge the ATH-CKS5TW can keep going for 15 hours without needing a refill.

The clever case then supplies a further 30 hours, resulting in a total of 45 hours of on-the-go functionality.

Audio-Technica ATH-CKS5TW are priced at £149 and will be available in late September 2019.

If that sounds a little too much to pay, the firm has unveiled its cheaper ATH-CK3TW which costs £99.

These lower costs headphones have a less impressive battery life of around five hours and include different design to their more expensive siblings.