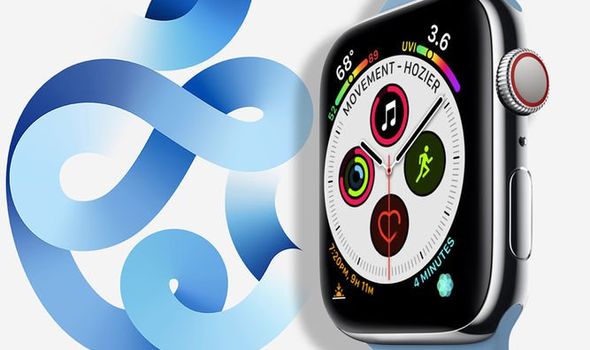 It’s almost time for Apple to reveal its next swathe of gadgets. The US tech firm has a major launch event scheduled for tonight and with invites featuring the words “Time flies”, the Apple Watch Series 6 could be the star of the show. This hugely popular wearable hasn’t been refreshed for a year and Apple won’t want to fall behind its rivals, such as Samsung and Fitbit, who have all been releasing smartwatches and fitness trackers over the past few weeks.

The big Apple Watch reveal looks set to take place from 6pm BST but ahead of this event here’s three things that this device needs to stay one step ahead of the game.

The Apple Watch can already monitor your heart rate, produce an instant ECG and warn family members if you take a fall and don’t start moving again.

Keeping watch over how stressed you are would also be a nice addition and something that Apple might want to consider especially with rivals such as Fitbit and Samsung already adding this feature to their latest devices.

We already know that sleep tracking is coming in watchOS 7 and this is another vital addition that will help boost the usefulness of the next Apple Watch.

Some of Apple’s rivals including the Galaxy Watch and latest offerings from Huawei still lead the way when it comes to battery life.

In fact, the new Watch GT2 Pro boats a two-week battery on a single charge with is mightily impressive.

With its always-on display glowing bright, the Apple Watch Series 5 will only last 24-hours before running flat and you certainly can’t head away for a long weekend without taking a charger.

It will be interesting to see if Apple can boost the life of its battery but any extra juice they can squeeze out of it would be a welcomed bonus.

While the Series 4 was discontinued following the launch of the Series 5, the Series 3 remains on-sale in Apple Stores starting at £199.

Although that’s pretty cheap this watch is a little dated and doesn’t get all of the features found on the latest models.

Luckily, it’s thought that Apple will introduce a new model at the same price point to compete against more aggressively priced health trackers from the likes of Fitbit, Withings and others.

The design will supposedly be similar to the Apple Watch Series 4, so that every model currently available on Apple Store shelves boast the larger 40mm and 44mm screen sizes.

Think of this Apple Watch model like the iPhone SE of Apple’s smartwatch line-up.

With a new flagship model and more affordable wearable set to be unveiled, we’re unlikely to see the Apple Watch Series 5 stick around on store shelves after the iPhone 12 event.

Who is Rodrigo Duterte and when did the Philippines President admit to sexually assaulting a maid?