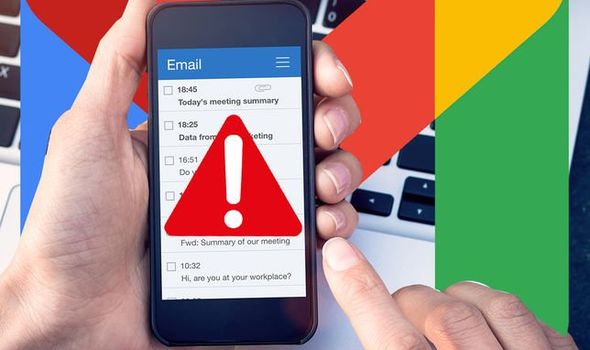 Gmail, Outlooks and users of other email platforms are being warned to watch out for a new batch of dangerous messages arriving in their inboxes. This new, and worrying alert, comes via the team at Which? who say that consumers are being targeted by an ever-growing number of fake emails claiming to be from the UK’s biggest supermarkets.

The messages often use enticing tactics in a bid to get people clicking on them with most of the latest scams claiming to offer store gifts cards in return for taking part in a short survey.

Sadly, anyone who fools for the trick is unlikely to see any money heading to their account with hackers using the ploy to steal users names and passwords instead.

Which? first spotted the scams back in June with consumers being hit by a fake Sainsburys message promising a £90 ‘promo reward’ for taking part in a marketing survey.

Since then, the consumer champion says there’s been a flurry of additional emails dropping into Gmail and Outlook inboxes all claiming that there are gift cards waiting for anyone taking part in surveys.

The emails, which come from fake ASDA, Morrisons and Tesco accounts look incredibly real with official branding and logos making it easy to see how people can be duped.

Explaining more about this new threat George Martin, Conversation Editor at Which?, said: Back in June we covered a fake email purporting to be from Sainsbury’s promising a £90 ‘promo reward’ for taking part in a marketing survey. Sainsbury’s confirmed it was nothing to do with it.

“Since then we’ve been made aware that these emails haven’t stopped at just one supermarket – fraudsters are using the same tactics by posing as the UK’s most well-known shops in order to gain your trust and send you on to potentially dangerous websites.”

Speaking to Which? about the issues, a Morrisons spokesperson said: “These social media posts are designed by third-parties posting as Morrisons, for the purpose of fraudulent activity. Please do not click any links, open attachments or enter personal information. This is not a genuine post from Morrisons.”

Gmail: Google demonstrate how to block an email address

Tesco is also clearly concerned with supermarket giant offering advice on its website on how to avoid the scams,

Tesco says to be on the lookout for messages that comes from an unfamiliar email address or that aren’t personalised with your name.

It’s also worth checking for spelling errors and to be dubious if the message asks you to act quickly or wants users names or passwords to be handed over.

So, be warned. If you get an email promising a gift card in return for filling out a survey make sure it’s real before handing over any personal details.

Missing Brit hiker Esther Dingley may have 'plotted own disappearance as she didn't want to settle down', says cop

One of the Original Game of Thrones Direwolves Has Passed Away

McDonald’s is offering 30% off everything on the menu today